Is unity with Trump supporters possible in a post-insurrection world?

Last week’s press coverage of the inauguration of President Biden–even at its most pared-down–felt like a collective exhale for many people who survived the disaster that was the Trump administration.

As a person of color in America, I cannot emphasize enough that bearing witness to the daily news cycles and press releases of the last four years (perhaps even longer considering how dominant of a figure Trump was in the media in the year leading up to the 2016 election) made it feel like his time in office lasted more like ten or fifteen years.

This makes sense, as research studies show that people with post-traumatic stress disorder have sensory memory issues surrounding time. This means that the memories of traumatic societal or personal events, and our recollections of them afterward, are distorted in the sense that we perceive the triggering events and abuses as having occurred over a much longer period of time because of its emotional significance in our brain.

A message of hope

Last week’s inauguration and its coverage was a feat of aspirational optics to set the tone for the next four years and what’s to come with democratic control of the executive and legislative branches at large.

Photos of newly minted Vice President Kamala Harris bumping fists with former President Barack Obama swirled around my feed. Michelle Obama gleamed hope in the Capitol. Lady Gaga sang a stunning, operatic version of the Star Spangled Banner. The night closed with Katy Perry singing “Firework” surrounded by hundreds of fireworks. Kamala’s step-children are all cooler than us. The Clinton’s and the Bush’s were jovially embracing. Bernie dressed as if the inauguration was a stop on his way to the post office. Amanda Gorman, the poet laureate (did the Trump inauguration even have a poet laureate?), moved us all to tears. Immediately after being sworn in, cameras watched Biden issue 17 separate executive orders to begin unraveling Trump’s ruinous legacy.

Biden himself gave a moving, emphatic speech about the challenges ahead of us, specifically regarding the ongoing global coronavirus pandemic, but most of all, he called for Americans to set aside their differences and unite as a collective for our greater good. “We can do this if we open our souls instead of hardening our hearts,” he implored the nation in his address.

How do hatred and unity come together?

I admire the sentiment, and I like to think that it’s possible, in other alternate realities. But something else I know, indisputably, is that 74 million people in America still voted for Trump in the 2020 election despite his white nationalist rhetoric and catastrophic mishandling of the coronavirus pandemic.

Among many other things, Trump disputed, disrupted, and delegitimized the electoral voting process and its outcomes, ultimately leading to a violent white supremacist terrorist insurrection on the Capitol egged on directly by a sitting president.

My question is this: why should we coalesce or be in unity with white nationalists, men’s rights activists, and QAnon conspiracy theorists, or even people who make excuses for such vitriolic behavior for the sake of a more powerful Republican party?

In the months between the 2020 election and last week’s inauguration, I and many people have been asking myself that question in what feels like trauma-time sense perpetuity. My father is a naturalized fiscally conservative Chinese man from Hong Kong, and my mother is a American-born caucasian Ohio moderate. Neither of them have voted since I can remember, but my white relatives in Florida and Ohio voted with ease for Trump to win a second term in 2020.

This political cycle has been very divisive between myself and my immediate, apolitical family because I see voting for Trump as an inherently racist act. Voting for a white supremacist who spews hate rhetoric inherently perpetuates white supremacy.

I used to be very passive towards the Republicans in my family because I felt like having brown grandchildren and nieces and nephews (even if I was one of three nonwhite relatives on that entire side of the family tree) balanced out their conservatism. But as Trump kept bludgeoning democracy, I couldn’t hide my contempt towards all of it – the apolitical complacency I had had in my own upbringing and relationships with my relatives.

I tried to be calm about it while Trump was president, but post-insurrection, I have had many hard, difficult, screaming fights about it. It causes me great pain to constantly be pushing this issue, but I feel like I have no choice given how perilous the silent, white majority’s voting block for Trump has been for the livelihood of myself and the people I love.

So where do we go from here?

I have so much hope for the future, but we won’t get there until we reckon with the white supremacy and nationalism endemic to American society that led us to the Trump era in the first place.  Large scale change on a consciousness level is hard to fathom right now. I can’t see a world where former Trump supporters would listen to an angry Chinese girl…but I can imagine a world where they might listen to a politically moderate Joe Biden.

It’s too soon to say whether or not we’ll be able to unite…but I have faith that Biden will get the white majority—including my family—to meet us halfway, and try again one day. 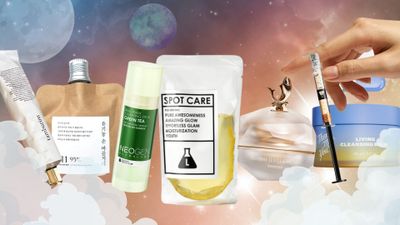 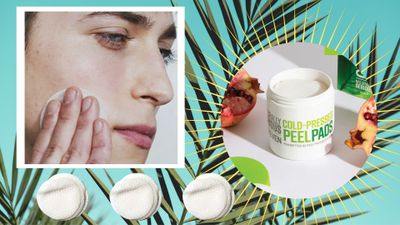