Pixar released its latest animated film “Soul” on Disney Plus to much acclaim from critics and audiences alike.

It trended on Twitter, garnered a Certified Fresh rating on Rotten Tomatoes with 97% of critics lauding the film, with many even referring to it as one of Pixar’s best. There’s a lot to celebrate. It’s the first Disney Pixar film to feature a Black lead, which was evident to any of us with a majority Black or Brown social media network. My own personal timeline was filled with praise for the film and its depictions of Blackness. I even saw several Puerto Rican friends sharing stills from the film and claiming representation.

SEE ALSO: VSCO launched the BlackJoyMatters initiative. This is why we should all care.

And so I went into “Soul” expecting it to be an enjoyable diversion at minimum. After all, I’ve seen and enjoyed pretty much every Pixar film. So it would be an understatement to say that I was surprised to come out of “Soul” with a somewhat nebulous feeling of frustration that, upon several rewatches and tons of review reading, would eventually grow into what I can only describe as hatred.

I hated this movie.

Now, let’s unpack this for a moment because I don’t want to be misunderstood. There are parts of “Soul” that are objectively fantastic. The animation from Pixar is, as always, gorgeous. Usually, you only see Black people in Pixar films in passing, so to spend nearly an entire film seeing Black skin, hair, and bodies rendered in such detail was lovely. The score provided by Trent Reznor and Atticus Ross is truly delightful. It sounds exactly like what you imagine you would get if you enlisted Trent Reznor and Atticus Ross to score a Disney film. All of the voice talent is A+, and I lightly chuckled at one or two of the cat jokes made throughout the film because…I love cats.

But there’s so much to unpack.

I’m aware that ever since “Soul” premiered its first trailer months ago, there has been some hay made of the fact that the film’s protagonist, Joe (voiced by Jamie Foxx), would be spending what seemed like a decent chunk of the runtime as a greenish-blue blob. The main reason this is a concern for many Black people is nuanced and goes pretty deep but the shallow version of the argument is essentially, why can’t Black characters stay Black characters for the length of a film?

It seems as if in order for an animated film with a Black lead to get made, they have to transform into an animal or creature of some kind before the studio believes the audience will be able to relate to them. This trope, which animators of “Soul” admitted they were unaware of as the film began production, can also be noted in films with brown leads like “Brother Bear” and “The Emperor’s New Groove,” both Disney joints.

This is a valid issue being raised by many but it’s not one of my main issues with “Soul.” And this is coming from the uncle who took his two Black nieces to see “The Princess and The Frog” on opening weekend and was so pissed that Princess Tiana was in amphibian form for 80 percent of the movie that he asked for his money back on the way out.

To me, the real disembodiment of Blackness that takes place in “Soul” is far more insidious. So much so, that it’s hardly being discussed anywhere. Most critiques of the film I’ve seen so far focus on Tina Fey’s character, 22, as a white savior or the true lead of the film. After having seen the film five times at this point, I don’t subscribe to either of these views. To me, “Soul” is a film about Black people without Black stories.

The spectrum of Blackness is objectively pretty wide, so I think it goes without saying that all Black people don’t walk the same road, so some may relate more to the film than others. But the roads we do walk as Black people all have the same traffic signs, and none of them are present here. Race does not seem to exist in the world of “Soul” and it certainly has nothing to do with why Joe, a virtuoso pianist, who has been auditioning well into middle-age has never gotten any steady work, or really any work of note in the music business, an industry famously built on racism.

Race has nothing to do with the reason Joe’s mother, Libba (voiced by Phylicia Rashad), is worried about her son, a Black man, giving up a teaching job with benefits to pursue a dream Joe’s own father reached for but never caught, even though Black unemployment is and has been double the national average for decades now.

This is to say nothing of the fact that Libba would have witnessed Joe’s father pursuing his dream of stardom during the ’60s and ’70s when the civil rights movement was at its peak. Race also has nothing to do with why Dez (voiced by Donnell Rawlings), a barber in the least Black, Black barbershop I’ve ever seen on film, had to give up his dream of being a veterinarian to cut hair.

None of the Black people in “Soul” seem to be living lives informed by their Blackness, and after the year we’ve had, that’s just not good enough.

This isn’t to suggest that the creators of “Soul” were oblivious to the fact that they were telling a story about a working-class Black man. On the contrary, they formed a brain trust of Black creatives once they decided the character would be Black (years into production, mind you) to help mold the character’s depiction. And they brought on Kemp Powers, a Black man, to help write and co-direct three years into the film’s production.

Unfortunately, it may have been three years too late as no real acknowledgment of Joe’s Black identity is present in the text of the film. And I’d also like to note that one person of color in a room may often not feel supported enough to have a contrary point of view to those who really wield the power during production – and that goes for industries across the board, not just show business.

On the other hand, as his many statements during the film’s press junket suggest, Powers may actually be happy with the story “Soul” tells. This wouldn’t be the first time a Disney film has split a minority community down the middle with one of its films.

Indeed, as I mentioned previously, many in the Black community seem content with the film’s depiction of Blackness and are happy to accept “Soul” as a Black film telling a Black story. But this acceptance may be more a product of the thirst we have for representation than any authentic relatability to the character.

I consulted with one of the few Black friends I have who hadn’t posted glowing praise of the film to get her thoughts on how Joe was portrayed as Pixar’s first Black lead and found a surprising amount of similarity in our thinking.

“Joe exists only in service to a white narrative and in an environment which is historically ours, that they want to take for their own,” she said. “This is manifested in these characters, a white woman having her fragile existence being at the mercy of a Black man who essentially had to give up his entire life for her to pursue hers. It’s trash!”

And her feelings on the Black community’s embrace of the film. “I think for many of us who felt something was wrong with this film and that just being visible is enough. And if we’re not getting to a point where we are moving past ‘Oh, at least we have a Black face on television, even if it’s filtered through whiteness’ then we will never get anywhere.”

Blackness is wide and surely some Black people whose lives are not informed by their Blackness exist. And yes, I’m sure some do but not in working-class communities in New York City. And the absence of race-related struggles wouldn’t be so glaring if Disney themselves hadn’t threaded this needle so well in previous outings with a Black, working-class lead.

The Black people, Black settings, and even the Black music featured in “Soul” is all set dressing to tell a very privileged and uniquely white story questioning the value of achieving something. For Blacks, Asians, and people of color across the diaspora, our pursuit of achievement is not some self-imposed limitation on our quality of life that we need to be made aware of.

For many, it is a requirement imposed upon us by society so that we may even begin to live in the first place. 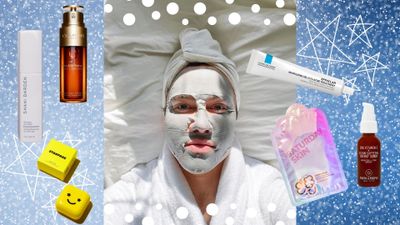 
Winter acne is a thing. Here’s how to prevent and treat it. 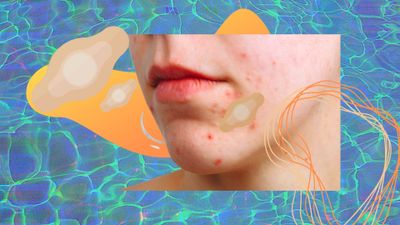