K-pop stans are drowning out #bluelivesmatter and spamming white supremacy

On Wednesday, the online activist group Anonymous brought a call to action for an unexpected  group of soldiers in the fight for racial equality and justice: Korean pop fans.

That’s right – Kpop are taking on their own unique role against police brutality with the surprising weapon of fancams.

Less than 48-hours ago, Kpop fans all over the world crashed the Dallas Police Department’s “iWatch Dallas” app after the DPD asked locals to submit footage of illegal activity from protests. Rather than allow protestors to be revealed through this unwanted footage, the stans flooded the app with Kpop fancams and their own original content.The actions made it impossible for the cops to find any protest videos whatsoever. The entire app was down a few short hours later, with the DPD citing “technical difficulties.” Guess these cops took time to dig into the world of Jungkook’s abs.

SEE ALSO: Asian Americans have never been welcome in music. In 2020 that’s all about to change

Today, Kpop Twitter returned to hijack another system: racist hashtags. Taking on that same approach, #whiteoutwednesday, #bluelivesmatter, and #whitelivesmatter are trending for only the right reasons. The hashtags are filled with tons and tons of fancam clips, completely obliterating nasty, racist content from the feeds.

With Anonymous’ 5.8 million followers —especially the “K-pop division”—on the case, these hashtags don’t stand a fighting chance. Did we expect Kpop to play an important role in the fight against police brutality? Yes. After all, no one messes with Kpop and it’s heartening to know that fandoms are uniting to do good. White supremacy under Kpop watch is useless online. To that we say, slay ’em, Kpop stans. 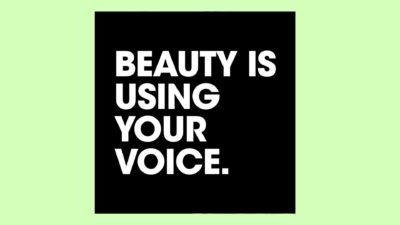 
I was shot by police at a peaceful protest, but my experience as an ally isn’t the point 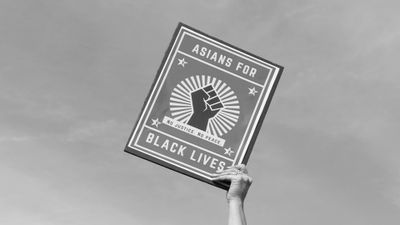