I was shot by police at a peaceful protest, but my experience as an ally isn’t the point

DISCLAIMER: I am not the center of this narrative.

I struggled with whether I should even speak about my experience at the Pan Pacific Park Protest in Los Angeles. What happened to me was not the culmination of any sort of journey. It was a blip. I worried that telling this story would distract from the fact that black lives are disregarded, all too often killed by police brutality, and continually oppressed by a broken system.

But upon seeing how many Asian Americans doubted my story, equivocated on it, disregarded it, sided with police, were sure I did something wrong, or worse, were completely silent, I realized that this is not for black people to read. This is not for them to relive the trauma they have been forced to internalize for hundreds of years.

SEE ALSO: To make America great, we must burn it down first

This retelling of my experience is for those that have risen to white adjacency. This is for those too scared to speak out or too unlearned to know how they got to where they are today. This is for those who don’t understand the machinations that have brought us here. I was hit one time point-blank with a rubber bullet. The black activist/actor Kendrick Sampson, who was thirty feet away from me, was shot seven times point blank and bloodied with a baton. With me, they stopped. With him, they persisted. That is a violently clear distinction.

The following is my recollection of the Pan Pacific Peaceful Protest, why I am an ally to the Black Lives Matter movement, and why we must be persistent, and undying in our allyship.

It was the shock that hit first. The recoil of the rubber bullet torqued my body clockwise to the ground. I was shot point-blank. The officer was three feet away. My hands were up. I was repeating “Hands up, don’t shoot.” I was slowly moving backward and complying with orders. I was peacefully protesting. But an officer lunged forward and shoved me as I continued to move backward. He then violently shoved and jabbed a woman to my right with his baton. I vocalized my compliance. I then watched as an officer diligently took aim at me and pulled the trigger.

Rubber bullets move at two hundred feet per second. They’re supposed to be ricocheted off the ground, to be used as blunt projectiles. Even after hitting the ground, they’re wildly painful, used to scatter a crowd. However, used directly, they’re often deadly, causing blindness, brain damage, broken bones, permanent nerve damage, and even death.

People handed out snacks, bottles of water, held umbrellas to shade others from the heat of the rising sun. We wore masks to stop the spread of COVID-19 and to provide anonymity from being identified. We marched from Pan Pacific Park to 3rd St. and Fairfax Ave., where a series of speakers spoke. They included a 16-year old who was wanted to see an end to discrimination, a mother who has been fighting her entire life, and a man who was sick of being seen through inhuman eyes. The pain was palpable.

But then the police came, and they soon began to escalate the tension, roughly pushing and shooting rubber bullets into the protest. The helicopters overhead got louder as they descended lower like hawks. A cop car was burned. Firsthand accounts report seeing white individuals start the blaze. Organizers continued to plead for peaceful protest.

Three hours later I was hit. Two hours after that, I was home safe. I posted about the events that occurred. The messages took me aback. “What did you do to instigate?” “It’s just a rubber bullet.” “These protestors need to stop acting out with violence.” “The looters should be put in jail.”

These words came from mostly Asian people, who I’m sure didn’t realize that their language was uplifting institutionalized racism and whiteness. I was peaceful, but they assumed I must have done something hostile. The officer was calm and methodical. They assumed he fired in defense. I probably wasn’t moving fast enough.

How quick are we to forget our history? Let me be clear and concise. This next sentence is very important. Everything that Asian Americans have learned about organizing, solidarity, creating community, consolidating wealth and power, creating an identity, learning to have pride in our existence in a place that is not ours and does not always want us to be here, is because of learning from and being taught by black organizers time and time again throughout history.

The reality is that Asian Americans buy into the myth that white adjacency is good enough. That exceptionalism is our path to prosperity. That simply isn’t the case.

As we equivocate about how we’re treated in isolated instances with racial tensions and issues, we’re ignoring the macro cogs at play—that capitalism, competition, and consumerism was built on the backs of black people. That big banks and big business feeds off the marginalized. And if we are not standing in solidarity with the most marginalized—our black brothers and sisters—then we are accepting that it is okay if we are next. We are accepting that their lives matter less.

I understand that people are nervous. People are just now coming into their own realizations during this time. Maybe they’re scared of talking about their own feelings and anti-blackness within the Asian community. People have pre-existing conditions and they don’t always know the right things to say or how to say them. It’s time to face those feelings.

Root out the rot inside of ourselves, and then join the fight for your very own life.

There are multitudes of ways to be an ally. Donate. Protest. Call your congresspeople. Vote. Don’t ask the black community what they need you to do. Do your research and give them what they need. There’s a long list. In fighting for themselves, they are fighting for us all.

Stand up. Say their names. Know that black lives matter. 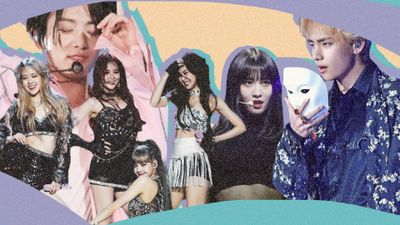 
K-pop stans are drowning out #bluelivesmatter and spamming white supremacy


To make America great, we must burn it down first 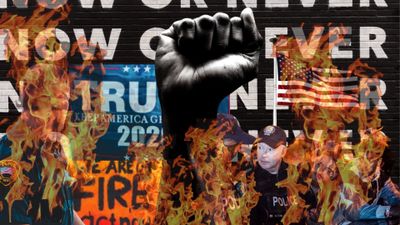