Who is Kim Toni from Netflix’s Itaewon Class?

One of the most talked about stars is Kim Toni, played by Chris Lyon, who’s fluent in English and Korean. The show centers around a character named Park SaeRoy, played by Park SeoJoon who was recently released from prison and his journey with opening up a bar in Itaewon. While it shows his journey, the show also highlights the life of five other free-spirited and ambitious young adults in his life.) As we watch the trailer and see the star-filled cast showcase their amazing acting skills towards the end, there is one actor who stood out.

SEE ALSO: I broke up with my friend over BTS

One of its most heralded stars is Chris Lyon, a 27-year-old African American from the United States. It’s historic as South Korea, a mostly homogenous country has never had a foreigner become one of its dramas’ stars. But the drama’s breaking barriers by not only showcasing a three-dimensional, non-stereotypical black character but also a trans character as well. Along with the awesome storytelling, it’s no wonder the series is already trending in the top 10 most-watched series on Netflix in various countries.

In the show, Lyon plays Kim Toni, a Guinean character who came to Korea in hopes to find his Korean father and is working part-time in a restaurant.

At times, his character faces racism, based on real life.  “There have certainly been several times where I’ve found myself in the exact same situation as Toni did in the show,” Chris tells Very Good Light. “It’s frustrating when you do meet people like that, but there have been Korean friends who have stood up for me in those situations. It’s really heartwarming to see people’s reactions to it.”

It’s a challenge Chris and many foreigners face in Korean media. With the ethnic makeup of South Korea being over 99% Korean, it’s often tricky when it comes to writing in diverse characters who aren’t based on stereotypes or tired tropes. Historically blackface has been implemented into entertainment and is unfortunately still prevalent today. While many do not mean to insult African Americans it still is because of the lack of diverse writers or cultural and historical context.

Which is why Chris’s representation of black people is so important. But the actor’s path to stardom in South Korea wasn’t planned.

Growing up in Orlando, Florida his only relation to Korea as a child was through a children’s song titled, 산토끼 (Mountain Rabbit) that his mother learned from a Korean friend and would sing to Chris. Later in high school and college, he’d befriend Korean exchange students. They shared both of their cultures which piqued his interest in Korea and the entertainment industry. It’s only after completing his degree in Information Technology at Andrews University he decided to move to Korea.

The drama’s breaking barriers by not only showcasing a three-dimensional, non-stereotypical black character but also a trans character as well.

“When I first moved to Korea I struggled the most with the things I took for granted: getting an apartment, setting up bank accounts, getting a phone,” he says. “The systems are slightly different than the US.”

Almost immediately, Chris became a working model, while working in music. He ended up getting his first gig working on a project with Big Bang’s G Dragon and the shopping conglomerate, Shinsegae. That led him to work on his first film, “Live Hard.” The indie film would prove to be life-changing as it eventually won the audience award at Bucheon Film Festival the following year. The role caught the eye of the movie’s scriptwriter, who was also working on Itaewon Class. He recommended Chris audition. “Honestly, that time is still a little bit of a blur to me. I want to say anywhere between a few days to 2 weeks,” he says. “There was some correspondence before we had any actual meetings, though.”

But the real work came after landing the gig. “I feel like becoming fluent is a never-ending process,” he says. “There are always subtleties that are buried in the nuances of a language. Expressions themselves and the intonations that are used for each expression are so different from Latin or Germanic based languages. I think that’s what made acting as Kim Toni so much of a challenge for me.”

On set, he recalls a time that the drama’s lead Park Seo Joon supported him. “I remember the first day of shooting he (Park Seo Joon) pulled me to the side to sit down with me and went over my script with me one-on-one to show me how he prepares,” he says. “He’s a real veteran and had so much to think about with his role and his lines. So for him to take the time out like that was something that I think not a lot of people would do. He’s a really great friend.”

His other costars have also given him a few pointers: “Ryu Gyeong-su and Kim Da-mi have both given great advice on not sounding like I grew up in the countryside, apparently I’ve picked up a dialect that sounds from rural Korea. – The main cast gets together from time to time when we’re not busy to go out to eat for dinner or just have fun. It’s like a small family.

With all the love Itaewon Class is getting, Lyon is becoming a known celebrity across Korea: “The attention Itaewon Class has gotten has been different than anything I’ve been apart of before. It’s difficult for me to even walk out of my house to the convenience store down the road without getting stopped on the street now. I absolutely love meeting all of my fans. They’re all interesting people! It just takes some getting used to. I guess I just still think of myself as a normal person.” 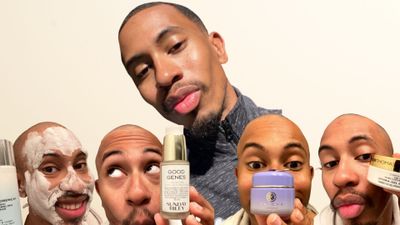 
7 college students on how they’re dealing with coronavirus 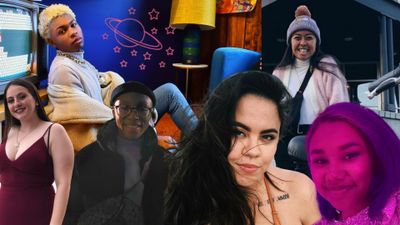