I broke up with a friend over BTS

It all ended over BTS.

Our friendship, that is. Ten years of friendship to be exact, one that started our freshmen year of high school when we were mere fetuses. Josh and I had been through the best and worst together. The high school bullying, the feelings of loneliness, of not belonging, of being othered.

But here we were now, sitting at a Starbucks catching up after five years of not seeing each other. We briefly caught the other up to speed– Josh was now going to cosmetology school, I was off to get my master’s in writing – and were now up to small talk. Josh was newly single, ready to get back on the dating field and asked what I was up to. I was single as well, but didn’t mind being so. After all, I was going off to grad school pretty soon.

It’s there that my phone went off and Josh glanced over to see my iPhone’s background. It happened to be of RM, the leader of the band, BTS. Josh’s face winced and his eyes widened. It’s as if he’d seen Donald Trump Jr. as my screensaver. In disgust, he jokingly blurted: “really?”

As if being a fan of BTS somehow made me deviant.

As if my adoration for a Korean man was shameful.

As if my support for a pop group outside of the English realm made me some sort of freak.

It was then and there when I was shook if not shocked. What kind of white supremacist language was coming out of this white man’s mouth? Why wouldn’t I be attracted to Asian men, I asked in my mind? Why can’t Asian men be sexy AF? After all, BTS isn’t only attractive with their colorful outfits and makeup, they’re kind souls who are making a real difference in the word. They’re part of a Unicef campaign against bullying; have spoken out about inclusivity; ask their fans the ARMY, to do good, and many of them donate to the poor. Tell me about what Western pop star does that and who cares as much for their fanbase as BTS?

While all of that crossed my mind, I was so flustered, I muttered: “Uh, yeah!”

Josh was confused. He, like most white gays I’ve had the privilege of being around, live and die by toxic masculinity. Though they may not be aware of it, they’re the ones who only have white gay friends, those who date only white men, and fight for LGBTQ+ rights for – you guessed it – solely their own kind. These are the “masc4masc” dudes who believe that the only notion of beauty comes in the form of a chiseled anglo man with European features. I equate them to white feminist women who fight for women’s rights, but fail to consider those who don’t look like them.

He might not have known this, but Asian men have been victims of erasure in America. Stemming from the late 1800’s with “Yellow Peril,” there was an active propaganda campaign that existed so that white men could scare off their white women from being taken away by Asian men. That’s where the stereotypes we know today came from: that Asian men were effeminate; weak; not attractive. So successful, the propaganda still rings true.

But I had no time to explain all of this to Josh. I was visibly upset. And what came out of his mouth next didn’t help.

“They’re so gay though,” he muttered, unaware of his own internalized homophobia. “Don’t they wear so much makeup?”

So makeup automatically makes someone come from a certain sexuality, right? Huh. At a time when we’re all attempting to expand the limited definitions of masculinity, when the #metoo exists to dismantle the patriarchy, when people are fighting for our rights – his rights – he says this shit?

It’s then that I looked deep into his eyes and said my piece. I told him about his own toxic masculinity, how he was a white gay man who was undoubtedly blinded by his own privilege and a victim of patriarchy, how it was unbelievably racist for him to even say something so outrageous. He sat, mouth gaped open, while I took my Venti-sized latte and my BTS-laden iPhone with me. If he wasn’t going to listen to what I had to say, he’d learn his own way.

I realize today, loving BTS sometimes is an act of defiance. This, especially when our world is still blinded by white supremacy and American nationalism. Somehow, some people still believe the world revolves around them – and their white people. I won’t stand for this – ever. My love for BTS and being a part of the ARMY is more than just pure fandom. BTS is now advocacy, and I won’t stand for any hate any longer.

*Josh’s name has been changed to keep him anonymous 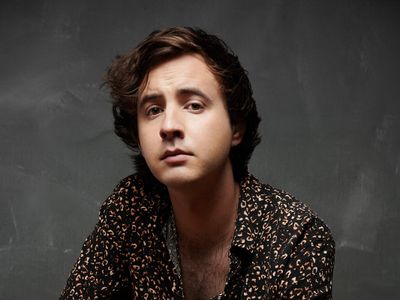 
What bob? Meet the ‘Dora the Explorer’ movie actor with the scene-stealing hair


Plucking your nose hairs with your fingers can cause death.