Bowen Yang is SNL’s most important new cast member – ever

Bowen Yang is Saturday Night Live’s most important face – ever!

Yes, the same Bowen Yang who just started on the NBC show now in its 45th season.

Yes, the same they’d been hiding away in the writer’s room the previous year.

Yes, the same Bowen Yang who is technically just a featured player and not a full member of the cast –yet.

Yes, the same Bowen Yang who has only appeared in 9 episodes of the legendary show that has aired nearly 900 episodes.

SEE ALSO: What it means to be a visibly queer Asian American

As SNL comes back for its continued 45th season Saturday– with Adam Driver and Halsey as guests – we can’t help but look forward to what Bowen has for us next. After all, he’s making history. The 29-year old happens to be only the third openly gay cast member ever on the show, joining current cast member Kate Mckinnon. He also has the distinction of being the first Chinese American cast member in the show’s more than 40 years. But neither of those points make him the most important new cast member.

Bowen arrives at SNL at a time when the aging show, with a long and problematic history of not fully getting the joke when it comes to the LGBTQ community, desperately needs new faces and voices to bring it into the 21st century. Under the incredibly uninspired leadership of current co-head writers, Colin Jost and Michael Che, the last few years have seen the show involved in one controversy after the next when it comes to lame jokes targeting members of the queer community, the latest, as of the publishing of this piece, being a regressive swipe at Caitlyn Jenner (yawn). I’m not going to go on and on about how unfunny the current head writers of this show are when it comes to queer jokes. This isn’t a Michael Che hit piece(this is). But it is important to understand the environment in which Bowen currently operates to fully appreciate his importance.

What’s actually funny about being queer in a heteronormative world is usually hard to see for straight comedians.

Before joining the show as a cast member, he helped write two standout sketches that each caught the attention of the internet. The first, GP Yass, ponders a world in which your regular shmegular GPS’s voice could be dragified. The second, The Actress, takes us behind the scenes on the set of a gay porn film to hilarious effect. Both of these sketches perfectly exemplify what I have coined as “queer authentic comedy.” Queer authentic comedy isn’t just comedy written by gay people (although both of those examples were) it’s comedy that captures some sense of reality within the queer experience. The queerness involved in these sketches isn’t presented as the punchline, the situations in which they occur is.

This newer take on queer comedy stands in stark contrast to some of SNL’s most famous (or infamous, in 2019 anyways) LGBT coded characters. These include Stefon, Mango and Pat; two effeminate gay men and a gender non-conforming person, respectively the likes of which aren’t often seen in nature (and yes, I’m aware that the joke of the Mango character is that he’s not gay but…come on now). These characters, all written and performed by straight, cis people, are excellent examples of how easy it is to get queer comedy wrong when you’re not very knowledgeable about the queer experience to begin with.

Ever wonder why most standup comedians just get up on stage and start talking about their lives? Their childhoods and the people they know? It’s because when someone tries to joke about something they don’t know anything about, the result is usually awkward and unfunny. What’s actually funny about being queer in a heteronormative world is usually hard to see for straight comedians, so much of their queer content is based on the things that anyone can see; bright clothes, weird voices and strange behavior. And while I’m sure many, gay and straight, found at least one, if not all, of these characters hilarious, what can’t be denied is that, unlike Bowen’s work, the mere existence of these queer characters was setup as the punchline. The audience wasn’t laughing with these queer characters, they were laughing at them. There’s a huge, harmful difference.

Another sketch that perfectly showcases both queer authentic comedy and Bowen, is the Sara Lee sketch, starring Harry Styles. In the sketch (penned by frequent collaborator, Julio Torres), Bowen plays a gay Sara Lee exec who dresses down Harry’s popper sniffing, Nick Jonas lusting, intern whose been using the company instagram account to send Sean Mendes pics of his open throat. The 4-minute sketch is chock full of quotes that no straight person would know like: “Destroy me King” and “Must get rid of toxic in community.” The sketch also went viral and was very warmly received by everyone, including actual Sara Lee executives. But the highlight of it for me was Bowen’s amazing delivery of the line “We think it would be healthy if Sara Lee stopped having threesomes.” I dare you to come up with a funnier line reading from the past 45 years of this show. Spoiler alert: You can’t!

Bowen’s natural charisma and razor sharp writing has already begun to turn heads in the industry. He was recently announced to be featured on Akwafina’s upcoming Comedy Central sitcom, Awkwafina Is from Nora Queens. But it’s his highly visible role on the iconic sketch show that I believe will have the greatest impact. His mere presence on the SNL stage is already helping to inspire a new crop of queer people of color to raise their voices. People of color who, much like Bowen himself, don’t currently see much of themselves reflected across the entertainment landscape and certainly not on institutions as legendary as Saturday Night Live.

No sane person would ever aspire to be a symbol of change for an entire community, and I’m sure Bowen hasn’t either but he’s in the right place at the perfect time to let the world know that America is changing, whether this administration likes it or not. Asian Americans and other people of color are on tv and can be anything they want: edgy, hilarious, outspoken and sometimes – beautifully, visibly, obviously queer. 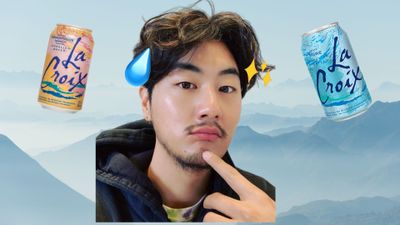 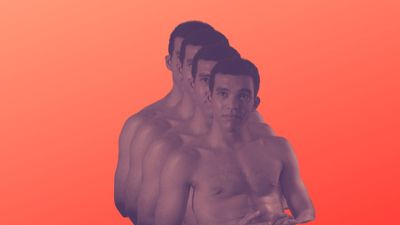