“The sex scenes were so funny,” says Adam Faison, one of the stars of Freeform’s newest series, “Everything’s Gonna Be Okay.”

He’s talking about the intimate scenes in which his character, Alex, shares with Nicholas, played by Australian actor Josh Thomas. While the sex isn’t explicit – this isn’t HBO – it was still quite a new experience for anyone to navigate. Especially for a young actor starring in a recurring role.

It also came with insecurities.

For one, Adam had never filmed a sex scene before. Then, there were very nuanced insecurities like thinking if it was even okay to have chest hair. “For so long, I’ve seen body hair as a device for comedy and I felt I needed to conform to Hollywood’s standards to shave or wax everywhere,” Adam tells Very Good Light. While it could have become a traumatic experience for any young actor, it turned into an example of empowerment. Much of this was thanks to the show’s director, Silas Howard. “Early on, we had conversations about the queer experience,” he recalls, of Silas, who happens to be trans. “[Silas] asked me questions like, ‘do you top or bottom? Are you more verse? What’s the dynamic in the relationship?’ His ease with it is something that you can’t get from a straight, cis director who may not have knowledge to speak to that.” Knowing the experience and language put Adam at ease. Ultimately body hair won out, thanks in part to Josh who encouraged him to keep.

While playing the role of Alex, a dental student who falls in love with a man who must take care of two of his siblings, one who’s autistic, is Adam’s biggest role to date, the Los Angeles-based actor has been acting since childhood.

Growing up in San Diego, he was in theatre, a place where he was allowed to explore his creativity. It was there, that he learned that he had raw talent for emoting. But when he grew into his teenaged years, it all changed. For a closeted teen growing up in a conservative neighborhood, acting wasn’t always the safest choice for a growing boy. And so, Adam decided to take a break from his passions and repress his personality.

“For years, I had such a hard time navigating school and finding my place,” he says. “I’d eat by myself and sit next to others so people wouldn’t know I was alone. I tried to adapt and survive by conforming and not standing out.” He also tried hard to fit in, lowering his voice, mimicking what he described as a SoCal “Bro speech,” dressing in PacSun getups and watching football to fit in. In retrospect, he realizes he needed to do all of that in order to survive.

And so his role in this series almost feels as if he’s reclaiming his past.

“Alex is so unabashedly himself, gay and sometimes flamboyant,:” he says. “But he’s so confident, and himself. It feels redeeming.”

Today, Adam, who just wrapped “Midnight Kiss,” a movie on Hulu, is continuing his journey to stardom starring alongside Jennifer Garner in Netflix’s upcoming film, “Yes Day.” But through it all, he wants his LGBTQ+ identity to shine.

“My queerness today lives in my freedom to feel like I can say and do what I want to,” he tells us. “I can be sexy and I never felt I could. I never had to do sex scenes in my life and it’s so weird to think you’re sexy. You’re the ‘other’ and your effeminate qualities as a man are not seen as attractive but now. I’m taking that power back.”

Watch Freeform’s “Everything’s Gonna Be Okay” here or on Hulu. 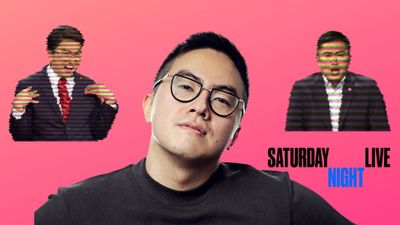 
Bowen Yang is SNL’s most important new cast member – ever


I risk my life to wear nail polish. This is why I still do it. 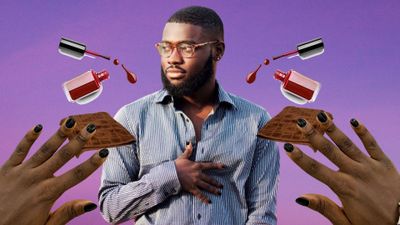