When James Charles was named Cover Girl’s first “Cover Boy,” it was a changing tide for the beauty industry.

The year was 2016, and the then high schooler was merely a rising star on YouTube. Charles, like many young men who beat and baked their faces weren’t yet household names nor were they the in-demand influencers that command million dollar salaries. After all, makeup for guys was still, by and large, stigmatized.

That all changed when Charles’ campaign went viral overnight. While it was a nod towards inclusivity – how men could wear makeup and be celebrated, too – it was a changing tide for the beauty industry as a whole. By putting James, a young Gen Z male, front in center next to the likes of superstars like Katy Perry meant that the beauty industry was betting on boys.

“I thought it was cute and honestly, big,” recalls Tynan Sinks, a beauty reporter, who’s covered the industry for almost a decade. “You can feel however you want about him but you can’t deny that it was a moment, especially because you’re asking me about it four years later. It was definitely something that felt like the first of its kind. I mean, drugstore beauty is a beast all its own and, that could have gone a lot of ways for CoverGirl, but I remember it feeling nice, and it still does.”

This was well and good from a social standpoint but most important for brands their bottom line: investing in beauty boys was entirely a prudent capitalistic imposition. The numbers have been there for years, spelling out the potential for exponential growth in the men’s beauty market. One study projects that in two years, the men’s beauty will hit $122 billion in sales in the U.S. alone. Another study from NPD iGen Beauty Consumer reporter found that 40% of Gen Z were actively seeking gender neutral beauty products. Brands are scrambling to try their luck in this market with even beauty conglomerates like Chanel Beauty, launching its first foundations (Boy de Chanel) catered to men.

The market it ripe to grow because of the groundwork laid in the 2010’s, say experts. In the past decade, men have become more interested in beauty thanks to celebrities from Frank Ocean to gender nonconforming stars like Ezra Miller as well foreign inspiration. Devon Abelman, digital beauty editor at Allure, who often covers Korean beauty and South Korea’s biggest celebrities, says that the rise of globalization has had an incredible impact on men’s beauty. She says the rise of Asia and its stars have empowered everyday guys to find beauty inspiration.

“They see the glass skinned boys of BTS, GOT7, and Monsta X, and they’re like, sign me up,” she tells Very Good Light. “As I said, with more men in beauty ads, I think this could help push the market along and normalize beauty shopping for men.”

So where does this lead the future of the men’s beauty market? And what trends will be adopted to thrive in an ever-changing marketplace, one where gender and sexuality are discussions that are becoming more commonplace? And most important: is “boy beauty” still a market the industry cares for, or will gender becoming irrelevant altogether?

Here are the biggest insights that are coming for “boy beauty” in 2020 and beyond.

It’s no secret that hair care is on the rise. By 2024, Modor Intelligence found that the men’s market alone will reach $116.33 billion. That’s a lot of pomade. Among the hottest categories are organic hair care products, shampoos and conditioners, and anti-dandruff hair oils. Benjamin Lord, marketing executive in the beauty industry and former global marketing at NARS Cosmetics, says it has everything to do with experimentation.

For one, it’s the easiest means of beauty expression and it’s also one that is generally accepted among young people. “There’s pressure on your hair [to look its best],” he tells Very Good Light. “Celebs and artists are experimenting and getting creative. Hair color and styling products have a promising future ahead.” A category he thinks will become more prominent? Hair texture. “Guys want curls, too!”

When it comes to Gen Z, skin is in. “We’re talking about a generation that spends hours using Instagram filters, taking selfies, and posting pictures of themselves on social media,” says Benjamin to Very Good Light.  “There’s pressure on your skin and men are chasing their glow, too: from face sprays and sunscreen to lip gloss. Not to mention young male adults have legitimate skin concerns, from acne to dark spots. The men’s skincare market is trending worldwide and in 2020 and beyond expect a surge of new start-ups that try to disrupt this market.

While men’s beauty may not be a new concept for many people, it’s still essential to grow the market. This year, sources tell Very Good Light that major beauty retailers like Sephora will be taking a more aggressive stance on including men in their campaigns. This means catering to a male clientele will be more important for its growth more than ever before.

Tynan agrees that visibility will expand everywhere. “I see people of all genders much younger than me expressing themselves through beauty and I think it’s the most beautiful thing,” he tells us. “I know YouTube is full of influencers and artists, and I think that does play a big role in visibility for everyone, and being able to find someone who looks like you. But it’s different, to me at least, when you walk into a Sephora and see someone who looks like you on the gondola or in an ad.”

Pick a stance – or say goodbye

In the last decade, men’s brands that not only survived but made a mark did so because they were outspoken in their beliefs. From AXE, which chose to get behind the LGBTQ+ community, Gillette, which created a groundbreaking ad about a healthier version of masculinity, to Harry’s, which has been steadfast with diversity, men’s brands needs to show their true colors or risk becoming irrelevant.

“The brands that value authenticity and transparency will be the ones that win out above the rest,” says Adam Mansuroglu, the senior style editor at Men’s Health. “You can’t fool the male consumer; they want to invest their hard-earned money in the best products for the best value that make a difference.”

Men, get ready to for full face beats – primetime. In the new decade, it will no longer be considered “daring” for men to wear makeup in entertainment. So says Georgie Greville, co-founder of Milk Makeup.

“The rise of men’s beauty is actually Darwinian,” she tells Very Good Light, of masculinity seen in the wild. “Just Google Tiger Spider – you’ll be blown away by its beauty and prowess.” That’s all to say that men will be naturally inclined to beautify as well. “We will see the continued evolving of creativity with both natural and full face men’s looks permeating culture everywhere from TV shows and red carpets to middle schoolers going to Whole Foods with their mums.”

Will gender even matter?

“Gender won’t be a label attached to anything at all by the end of the decade,” says Devon. “They won’t even call it unisex or gender neutral as one day, the notion that makeup doesn’t have a gender will be universally implied. More men will hopefully be featured in makeup ads, too, showing off as many varieties of makeup styles that women do in campaigns.”

But to get there, there’s still work to do. According to Benjamin, there’s still a real need to cater to men to get them to be a part of the beauty conversation.”We’ve come a long way, but the industry will need to proudly cater to men, before claiming to be genderless,” he tells us.  ‘FOR MEN’ is a necessary step towards more inclusivity in beauty at the moment. And it’s great to see brands taking over from influencers and breaking the norms of representation as well.”

That’s all to say, that yes, men are more complex than you think

Are the days of hypermasculine advertising over? We’re close. But there are still brands that adhere to these toxic notions because it still sells. There’s still a huge market for men who aren’t as comfortable to embrace new ideas. At the end of the day, brands will need to understand who they are and what they stand for before making their next move. And it has everything to do with nuance.

Men aren’t polarized, either. They shouldn’t be placed into a single box on either extremes of the masculinity or identity spectrums. To succeed at marketing with men, brands must understand most men are three-dimensional, complex, and shouldn’t be boxed in.

“Grow a beard and wear a little lip tint, play with a fun eye palette for night and keep it clean with strong brows for day,” Adam says. “As long as you stay authentic to your true self, you can do no wrong. Now that’s very 2020.” 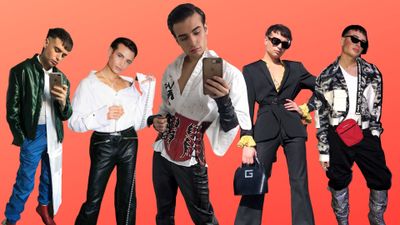 
I came to own my gender non-conforming identity. Here’s how you can, too.


Are queer people the gatekeepers of beauty? 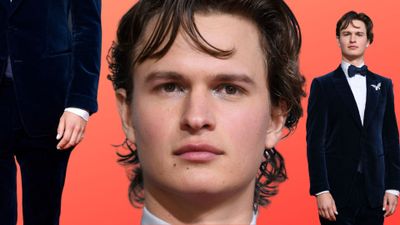