Back in 2016, Australian photographer Soraya Zaman set out to examine identity from a lens outside the gender binary.

And so they set out to photograph expressions of transmasculinity and what that meant to young people. Called the “American Boys Project,” their photographs and profiles of young transmasculine-identifying folx has been collected on Instagram and now an upcoming book. Through it, Soraya hopes to allow people to be seen outside the confines of a cisgender, heteronormative view of the world.

SEE ALSO: Brands are obsessed with genderless beauty. Is this a passing trend?

The book seems one that’s especially relevant today, as non-binary people are finally being recognized in the dictionary, more states are opening gender boxes on ID cards, as well as representation onscreen in shows like Sabrina to HBO’s Euphoria.

“The binary gender roles that have been constructed by the western world, confine us into a box that doesn’t leave any room for nuance or complexity.”

It’s especially meaningful to Soraya as they grew up yearning to be seen as a young person. “When I was a kid, there was nothing in media that reflected back to me, how I see myself,” they tell Very Good Light. “The binary gender roles that have been constructed by the western world, confine us into a box that doesn’t leave any room for nuance or complexity.”

Through their Instagram and book, Soraya aims to create more positive conversations around the expansion of gender expectations and identities. “[The book] allows people to be seen and feel proud of who they are,” they say. “Hopefully it helps move us all closer to a culture that welcomes, validates and provides safety for all identities.”

Below, Soraya talks about the project, their work, and what they hope to achieve.

Firstly, who are you? Tell us what you do, and a little about your come up.I’m an Australian born photographer, but I now call the United States my home and I reside in Brooklyn, NY. I identify as queer, non-binary and my pronouns are they/them. I work as an art/portrait photographer.  My art centers predominately around notions of gender and sexuality, documenting and exploring queer culture as it exists in everyday life.

Why was it so important to do this collection, American Boys Project?For so long, we’ve all just been fed the same cis gender, heteronormative view of the world.  When I was a kid, there was nothing in media that reflected back to me, how I see myself.  The binary gender roles that have been constructed by the western world, confine us into a box that doesn’t leave any room for nuance or complexity.  These rigid binary ideologies of what is expected are dangerous, oppressive and toxic to trans and non-binary people.  So this work work is important because it forms part of the current conversation on expanding gender expectations and is contributing in a positive way.  It allows people to be seen and feel proud of who they are, something that was missing for me in my youth.  Hopefully it helps move us all closer to a culture that welcomes, validates and provides safety for all identities.How did the idea come about?This project began back in the summer of 2016.  At the time I was looking to explore expressions of transmasculinity as it was something personal to me and my own feelings and journey of gender identity. It didn’t take me long to realize that honoring and sharing stories, validating and centering everyone I met and photographed in an affirmative way was really important, especially in the now changing political climate.  There isn’t a lot of transmasculine representation in media and I wanted to create something that took these important narratives out of online spaces into something more permanent.

“Masculinity is in fact, a social construct and is performative.”

How did you find these beautiful, diverse subjects?Everyone in this work was found through Instagram. I think maybe some folx were a little skeptical at first, but when I shared examples of the images I had taken as part of the project, everyone got excited to take part.Behind the camera, was there one common theme with each of these young people? Were they shy in front of the camera? How did they come alive?I don’t think there was a theme per say, rather a cultivation of sharing and listening.  I mostly sort out people who were using their online platform to express what was happening in their live’s in an interesting way.  To me they were natural story tellers, with a willingness to share for good or bad.  That resonated with me because I knew that they were already willing to be captured in various ways and weren’t shy of the camera.  We also hung out for a long time before I even took an image and just got to know each other.Why is it still so important to showcase different sides of masculinity? What more do we have to do?There is an ingrained belief in heteronormative society, that there are only two genders and that men must be masculine and women must be feminine.  Masculinity is in fact, a social construct and is performative. Society has established a strict set of behaviors coupled with guidelines about how those behaviors are allowed to manifest. However, everybody has the capacity to express both masculinity and femininity and gender is on a spectrum. Take for instance a feminine trans man, masculine butch women or a gender fluid individual.  These are identities that display a more complex expression and are examples that masculinity – and femininity – are not limited by gender. It is my hope with this work will allow people people to look and challenge the way they themselves perceive traditional binary gender roles.  I think if everyone can start unlearning their internalized ideas of binary gender and advocating for trans and non-binary individuals, whether a trans person is in the room or not, would be an awesome start! 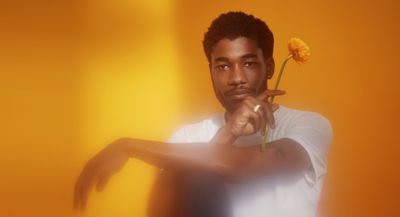 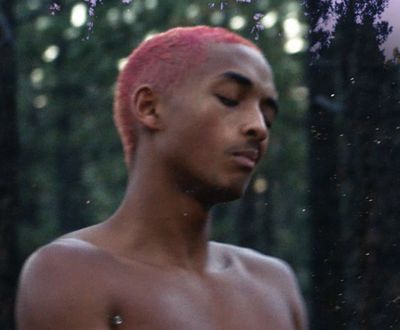