Getting botox for the first time was not what I expected.

Los Angeles – “Now breathe…” she said as a needle pierced through my brain.

Okay, not my literal brain but it may have well been. I tried my best not to wince because: I was a big boy now; and two, I didn’t want to show any signs of fear. After all, I was a beauty editor – one who’d been through weeks of painful procedures in Seoul. One, who tests some very painful potions. In comparison, this should be cake, or so I thought.

I had made my way to Facile dermatology + boutique, a recommendation from my beauty editor friend, Amber Kallor. The two of us go way back to the days when I worked at WWD and she, at Style.com. The boutique is an upscale clinic with two LA locations: Pasadena and West Hollywood, the latter, the one I checked into. At first glance, I was enamored by how minimal the decor was and how welcoming the decorations. It seemed more like a goop pop up store than a dermatologist’s office – that is, more glam, less medical. This one felt welcoming and non-judgmental, like I was able to go in for a facial. A woman sat waiting in her chair, reading a magazine, while an older woman paid for her procedure, sunglasses in tow and two bandages on both sides of her face.

It made me feel as if I somehow belonged here with these glamorous women, that I, too, was now part of the botox tribe. When I met Gabriella Gerbi, my nurse practitioner, I felt relief melt away from my shoulders. As she sat down, I spitfied questions to her, as if a child before getting his first dental procedure.

Would I look like Spock? Would my botox make me look like the Cat Lady? Was I going to be able to smile? To which she graciously replied: No, no, and of course.

Botox, for those of you who have never heard of it, is a neurotoxin which is diluted from the bacteria, Botulinum toxin. It can be injected to paralyze muscles and prevent wrinkle formation or can be used to treat certain muscular conditions. In South Korea, people regularly get small botox injections to prevent their faces from deep, lasting wrinkles. The most are the “11” or glabella wrinkles, the ones that form at your frown lines between your eyebrows, or Crow’s Feet around your eyes. Do people necessarily need botox? No, but one should then ask if they need facials at all, or gua sha, jade rollers, or any other tools. From what I’d read, botox wasn’t surgery, nor was it invasive.

“Think of it as upkeep,” Gabriella said, which I found to be smart and a perfect answer.

From what Gabriella could see, at my tender age, I should treat my own “11” lines, which had been furrowing for years sitting in front of my computer, wincing at every other Trump headline. And my Crow’s Feet, which had been neglected from the many weeks I hadn’t applied eye cream. When I told Gabriella about my tension headaches, she recommended I get treated on my masseters as well. I’d been waking up with tension headaches from excessive clenching and would experience migraines off and on. Apparently, botox weakens the muscles so that it doesn’t allow you to clench as hard. Bonus points: it’s said to even slim your face down as well in the process.

According to Gabriella, the units I was receiving was very conservative. That meant that we’d be going for around 30 units dispersed between my glabella, crow’s feet as well as my masseters. Apparently, for guys, glabella treatment is the most sought out botox procedure, as well as many who request it in areas where they excessively sweat (botox stops sweat production, too!). I didn’t have a problem with the latter, but relaxing masseter muscles was equally gaining popularity. Before we began, I wanted to make sure that nothing would be permanent – and that my eyebrows wouldn’t look wonky. Side note: I’d been traumatized after one summer after college I came home to discover my mother had gone on the botox deep end and looked like a cartoon villain.

“Even if we were to have put a little too much in, we can fix it,” she said, soothingly.

The botox was injected quickly into my nerves, as fast as I could spell out “botox” in my head. What happens is that the toxin works to disrupt nerve impulses, blocking signals to work properly. With each shot, I felt a pang of adrenaline spew through my body. Was this pain or pleasure or both? I wondered.

In under 5 minutes I was done. Botox injections complete. The only thing to do now was to wait for the botox to truly start working, which, Gabriella explained, would be around 2-3 weeks.

I left leaving Facile with feelings of empowerment that botox could be a quick solve to my headaches as well as slowing the aging process. I used to have so much stigma against botox but after receiving it, I realized how quick to judge I was. Instead of this invasive procedure, it was nothing more than simple maintenance, one that comes in the form of tiny pricks, a long syringe, and a friendly chat with a stranger. An experience, I hope to come back for.

For more, check out FACILE now! 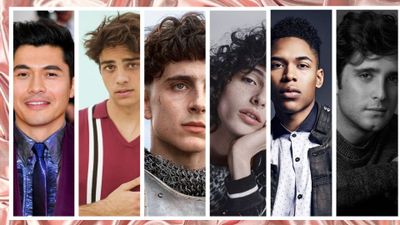 
Your fall boyfriends are finally here 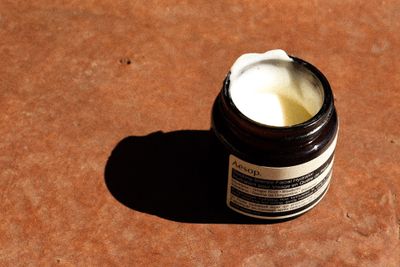