There’s no doubt Lil Nas X has had the biggest year among all entertainers so far in 2019.

Not only does he hold the record for longest number one record (“Old Town Road” held strong for 19 weeks!), he’s also one of the first LGBTQ+ singers to take home a VMA for Song of the Year. Though it was apparently his first award, ever, he proved that his star power isn’t fading any time soon. On last night’s VMAs red carpet, the 20-year literally sparkled with a metallic silver suit, matching boots, a laced shirt, and a snake earring, to boot. He was giving serious Prince vibes, and nailed it – The Purple One would be proud.

But it was his dewy, delicious complexion – along with his nails painted “Lil Nas X” – that sealed the deal for us. Yes, Lil Nas X is a musical genius, but who knew he was also a beauty boy? And we’ve confirmed he used only the best for his look. Styled by makeup artist Miyako J, he wore head-to-chin Pat McGrath Labs.

To get his face prepped and perfect, Miyako used the following:

She started out with priming his face with Skin Fetish Sublime Perfection Primer ($60). Then, she blended three shades: Deep 33, 34 and 35 for the foundation ($68), which she applied with a brush. What came next was powder in shades Light Medium 2 and Deep 5 ($55). The secret here is to get shades that are closest to skin and then “bake” with the powder on top, so that the foundation stays in place.

Next up, his eyes. To enhance the young artist’s look and make it pop, Miyako J used the Permagel Ultra Glide Eye Pencil in Xtreme Black and Blk Coffee ($28). Then, she used Permagel Ultra Glide Eye Pencil in Xtreme Black. The pop of eyeliner gave the singer a sultry look, with a smize that he’s obviously perfected. The waterproof gel formula was a safe choice as it allows for the singer to get on stage, sweat it out, but still stay in place. She topped it off with FetishEYES Mascara ($38) to elongate his lashes without clumps.

And finally, a pop of lip balm to keep his luscious lips completely moisturized. The makeup artist used Lip Fetish Lip Balm in Clear ($40), a formula that is smooth and dewy with an opaline finish. 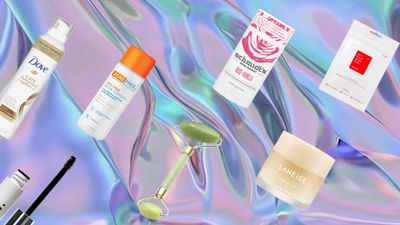 
These are the back to school beauty products you need


Those painful bumps on your head are more than just pimples 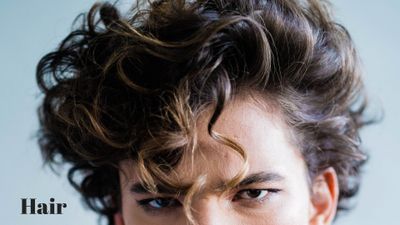