How my dad taught me to become a pretty boy

My dad was a pretty boy.

At least, that was his nickname given to him around his neighborhood in Pyongtaek, South Korea. Though the Yi family grew up impoverished in a one room home with rice lattice walls, what they lacked in monetary wealthy they made up with an abundance of love. This came in the form of four soft-hearted boys and three strong-willed girls. And of course, a pretty boy.

SEE ALSO: What happened when I saw my father cry.

Pretty had its advantages. As a wispy young man with pristine white, naturally straight teeth, a shaggy bowl cut, kind eyes and a “Western nose,” Sung Yong could get away with murder. He could quell a dispute between his father and his debtors with a twinkle of his eye. With a smile and nod he could persuade anyone of anything, a trait that was both useful but dangerous. Soon, he became a local celebrity in Pyongtaek – so much so that he’d be granted a prestigious job working for the mayor’s office.

The city in the 70’s was still recovering from the traumas of the Korean War, one that ripped the north from the south. A growing metropolis in Gyeongi province, Pyongtaek is an hour south of Seoul, and perhaps best known for housing Camp Humphreys, the biggest American military based outside the U.S., painful a reminder of the war that still looms over the peninsula today.

He was the favorite – a detail my grandmother would confirm much later to me – and with favor came luck and with that, success. Though he had an older brother, it was he who would receive his family’s blessing to lead the family. After all, he was a hyoja, a son who was as filial as he was pious. He was also privileged in his pretty.

But everything would change in America.

It was 1980 when my dad packed everything from his neatly ironed shirts to his childhood memories in one suitcase. After bidding farewell to all he knew he did so to fulfill the American Dream. When he emigrated from his native land to Colorado Springs, CO, he found himself feeling all but pretty.

At his first job as a carpenter, it was his white co-workers who’d pick him apart – his almond eyes, his deep yellow skin tone and slick, jet black hair – poke fun as his odd, English accent, and deem the “oriental foreigner” as the chink. With his yellow skin that tanned into a golden hue in the summer sun, he was as exotic as he was feared. But he remained calm and cool and collected (as if he had another choice), keeping his head down and proving his worth through his work. While the other men assembled one chair in an hour, it was my dad who’d finish ten. He quickly gained their respect as the lone Korean foreigner who they’d once humiliated and in only a couple of months, he was overseeing the entire operation.

Pretty, I would later come to understand, wasn’t about that toothy smile or winsome personality, pretty had everything to do with self-respect and confidence. And when they come alive together, work in tandem with your outer beauty, as if some chemical reaction, your become blinding.

Almost a decade later, my dad would have a much less pretty son, who’d he’d instill these lessons onto. I was what they called an Ugly Duckling, one whose childhood photos are so marred with unattractive angles that it’s since become a cruel inside joke for my entire family. But what I lacked in my physical appearance I totally made up for with my inner pretty. That came in the form of a sassy personality, fearless demeanor and a take no prisoners approach to life.

Though I was unsure of my own identity back then, I had my father to guide me through the process. For all the scars he’d received from this cruel American world, the traumas of adopting a foreign culture, the dirt thrown on his face, work that calloused his soft hands, my dad kept his pretty boy protected deep from the outside world. Pretty, I quickly realized, wasn’t just about your aesthetics – it was all about creating that inner power.

Every day, I’d watch him gently cleanse his face, pamper his skin, slather it with a thick, viscous layer of sunscreen. He’d comb his hair and look at his head in the mirror from multiple angles so that not a single strand was misplaced. I’d later discover the method to the madness. It was all about self-respect and respecting others so that you could be presented in a positive light. It’s a Confucian virtue, I’d later read, one that has everything to do with being mindful, showing others your best out of respect.

I’d try to take dad’s lead and layer my own skin with fragrant potions and lotions all stolen from my mother’s medicine cabinet, thinking it’d protect me through childhood like it did my dad.

I was badly bullied for being the lone Asian kid at school. I realize this now, but if it wasn’t for the pride my dad instilled in me at a very early age, I surely would have withered away. With my overbite, gapped teeth and sass they’d soon regret messing with this “chink.”

By the time high school came around, I was fearless. My morning rituals would consist of 2000’s Kpop blasting through my speakers, washing my face just like my dad did, pampering myself and meditating as if walking in to war. In retrospect, I realize, it was this short time – these five sacred minutes – that allowed me to center myself, conjure my inner strength and face my foes.

And that’s exactly why skincare is so transformative. Whether it’s a splash of water, a simple moisturizer or simply examining your reflecting, it’s imperative that we as men become pretty. This, of course, isn’t all about aesthetics. Pretty, in this sense, is how my Korean father personified. That self-respect. That inner voice that pushes you through adversity. That beautiful confidence that allows you to wake up and face another day.

As I think about men’s beauty now and the growing market, I can’t help but think host transformative it will be to how men view themselves, their worths and practice self-love. Makeup and skincare, then, becomes tools to help men practice self-appreciation. For some, it’s all about a full face beat and for others, a simple slather of SPF. And still, for guys like me and my dad, skincare becomes spiritual. Being a pretty boy isn’t about your aesthetics alone, no. Being a pretty boy means owning your inner and outer light, defining your masculinity on your own terms, and ultimately, transcending. That stubborn confidence conquers foes. It quashes fears. It quiets self-doubt. It allows you to become one with yourself and the universe around you. When that happens, the world starts to shift in seismic ways. 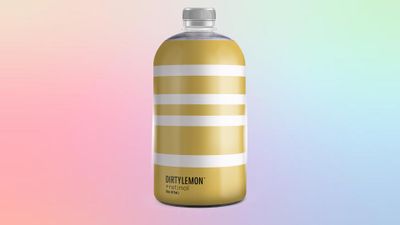 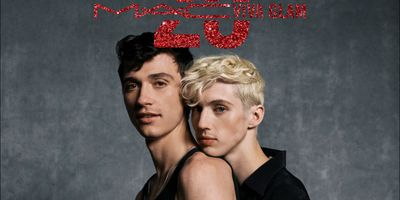