Why squeezing your balls could save your life.

There was no way Connor O’Leary could have cancer.

After all, he was only 19, was racing professionally as a cyclist throughout Europe. He felt invincible and at the top of the world. He also was on top of his game, competing at a level most teenagers could only dream of.

SEE ALSO: Help! My iPhone addiction is ruining my body.

But suddenly, he started cycling at a slower pace. His performance was seeing a decline. And one afternoon, Connor felt he couldn’t cycle, let alone move – he was in serious pain. Weeks earlier, Connor had found a lump on his testicle. Like many teens, he ignored it, thinking it was going to go away. There’s no way there could be anything seriously wrong. The pain remained. So excruciating, Connor was flown back to the U.S. to see a doctor. It was after a few tests that he found out that something was seriously wrong.

“It turned my world upside down,” Connor tells Very Good Light. “I was young, healthy and thought there was no way I could get cancer at 19.”

While not one of the most common forms of cancer, accounting for about 1% of all male cancers, it’s one that’s silent as it is lethal. There are over 9,000 men diagnosed and 400 dying from the disease. Though it may seem rare for someone so young get the disease, it’s most common in men ages 15-35.

Fortunately for Connor, he caught the disease at a young age, was treated and eventually beat the disease. But looking back, he wished he saw the warning signs sooner. “There was little awareness when I was diagnosed,” he says in retrospect. “It would have eliminated the need for additional treatment and the side effects which I still deal with every single day.”

Today, Connor went from survivor to advocate as the chief mission officer of the Testicular Cancer Foundation. It’s the only full-time staffed non-profit that’s dedicated just for educating providing awareness as well as support for the disease. Connor now wants to provide as much education so that others don’t feel so alone.

“There’s roughly one male diagnosed every hour and one male dying every day from the disease,” he tells Very Good Light. You don’t think it will happen to you until it does.”

Which is why he, alongside the foundation’s CEO, Kenny Kane, want to promote self diagnosing techniques to catch the possibility of cancer much sooner. If caught early, testicular cancer is beatable by 99%.

“We cannot stress enough about the importance of becoming an advocate for your own health and learning and understanding your body and any changes,” he says.

Here’s how to squeeze your balls

1 Check one testicle at a time

No need to rush, fellas. Your boys will thank you for the care and concern given to each of them. All in all, the entire process should take less than 60-seconds so give it your full concentration and energy.

Hold one testicle and roll it between your thumb and fingers of both hands. Roll it gently between your fingers. Don’t squeeze too hard but be sure that your grip is firm enough for any findings.

Check for hard lumps, smooth or rounded bumps, changes in size, shape or consistency. If you notice a change, schedule an appointment with your urologist. Don’t be shy or insecure about this. It’s better to be safe than sorry.

For more information, check out testicularcancer.org 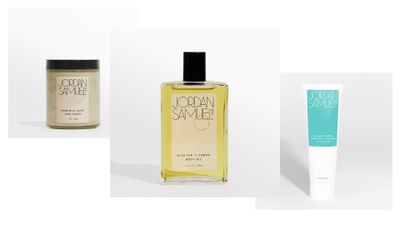 
This skincare brand is all about glowing on and offstage


Inside dosist, the Apple of Cannabis brands 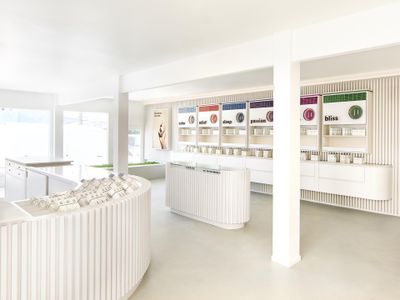