When I landed in Los Angeles, I could feel everything finally align. And it wasn’t just my spine, which I’ve been having issues with all year. That’s another story.

Last year was one that was anxiety-ridden. So stressful that I had my first pangs of a minor anxiety attack at a dinner with my uncle. I was juggling what felt like three full-time jobs simultaneously and suffocated by projects that one person definitely should not be able to handle alone.

SEE ALSO: Every product I’m obsessed with for spring

Hard work is all great but when you realize you’ve been holding your breath for so long you end up suffocating in silence. These projects that needed so much of my time included but weren’t limited to: launching a bag (called SOON at Opening Ceremony!), working on a major project (details to come!), along with maintaining Very Good Light. Of course, I don’t regret any of these experiences – I’m extremely proud of what I’ve accomplished. But in retrospect, I’ve come to though we can do it all, why would we want to?

With 2019 came a renewed energy and a fighting spirit for change. This time, instead of punching upwards and proving my might, I started to calm my soul, promising to take care of my mind, body and soul.

To symbolize this renewal to myself, this kind gesture to my well-being, I decided to make a symbolic change. That would need to come with my hair. I’ve long heard about the breakup hair cut, the same that women usually get when they let go of their partners and also their manes in the process. For some women, it allows them to feel as if they can control one aspect of their lives.

“There’s something hugely powerful about deciding to take ownership of your looks and appearance, and making sure that whatever you do is for you,” said a writer for Glamour.

“Over the next few weeks, I grew stronger still, imbibed with the ferocity of The Freedom Haircut,” wrote my friend and Very Good Light contributor, Gigi Engle.

Since my hair was already pretty short and a buzzcut was not an option, I decided I’d do something equally as dramatic. Instead of a cut, someone suggested a curl. So instead of snipping away pain, this perm would be all about curtailing bad vibes. I call it a “premonition perm,” one that can pre-empt good vibes and actively work towards positivity for the year.

Perms for guys, of course, aren’t anything new. Whether it’s for adding bounce in your coiff, straightening it or making it more manageable, perms allow for ease – or expression – of hair. Mine came in the form of both. Having super straight, thick Asian hair means that actually styling it becomes extremely difficult. Without any semblance of a wave or texture means that you have to either make curls with a flat iron, or not do your hair at all. Don’t get me wrong, Asian hair in its thick glory is amazing. It has a natural sheen, it’s tough and you probably won’t ever go bald. But with it comes a stubborn personality, one that does not take direction from nobody.

I went to a salon in LA called SSOONIE, one that I’d seen on my Kpop friend Lydia Paek’s Instagram stories. It’s kind of a hole in the wall place in K-town and there’s nothing overtly fancy about it. My stylist, a blonde-haired man from Seoul, told me he’d done so many men’s perms that he could do it blindfold.

It’s typical for Korean men to do perms, he informed me. In fact, most Korean men get perms not only for style but for practicality. As Asian hair is super difficult to style, perms allow it to maintain texture and to stay put.

There are two main types of perms Koreans typically get. One is a slight wave, the other is what Korean refer to as a “down perm.” The latter’s sole purpose is to relax an Asian guy’s side hairs so that they don’t poke out and keep it “down,” hence the name. The down perm prevents your hair from staying down, even after getting your hair wet or washing it.

The stylist suggested to go for both and told me it’d only take two hours.

The process starts with the stylist snipping away split ends and giving your hair shape and texture. He then douses your sides with a relaxer, adds a waxy paper on top and allows it to dry. Twenty minutes later, your down perm is complete and you never have to think about your side hairs again until they grow out. Super easy.

The top wave perm is a little more complicated. The stylist put an intense chemical concoction and soaked my hair strands. This allows the pores to be open for change. Then, he put curlers into my hair – about 20 in total – and wrapped saran wrap over my hair. This allows the moisture to seep deeply into each strand and permanently keep its curly form. After putting curlers in, I went under a heater for 25 minutes so my hair could keep its new form. The stylists then add wooden sticks so that the curls grow out in a specific way, which I thought was truly weird, but actually very smart. It’s like what they use for plants, I mused.

After washing it out, my hair was complete. All I needed to do was rinse out the chemicals and dry my hair. About 20 minutes later, I was out the door.

The cost: $100 for two types of perms and a cut. My new attitude on life: priceless.

What happened in the remaining few hours and days after was more dramatic than my curls. This new “premonition perm” was truly was a gift from the universe. Not only did it allow me free my mind from stressing about my morning hair, it provided me with time to do more important things like, uh, eat. Most importantly, it gave me a renewed outlook on life and the confidence to know that change could be made by my own will.

I had felt so small going into the new year and completely drained of all energy. For weeks I was so encumbered with my projects and fearing future failure that I wasn’t able to live in the moment. But this premonition perm allowed me to find confidence in the quiet moments again, seeking comfort in silence and reveling in solitude. It reminded me that good things were coming and to fulfill it, I’d have to be happy in the present.

The biggest lesson of all: it taught me that happiness could be achieved if you will it to. Just like a perm, happiness is something you have to actively seek. Sometimes you have to wrap in your hands and will it to change, like curlers to your hair. Other times, you have to add sticks in it so that it grows in a way that you want it to. Either way, you’re in control. 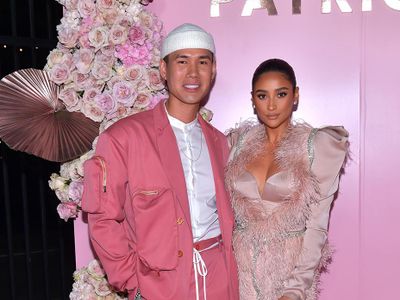 
Every product I’m obsessed with for spring 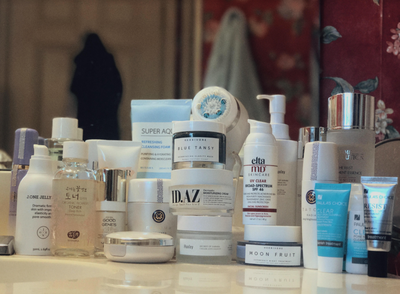