As a young Navajo the Covington Catholic boys are a painful reminder of my people’s past. 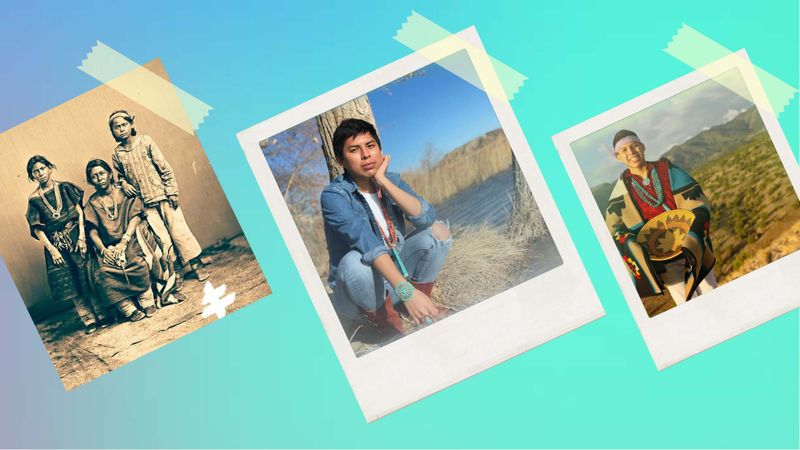 When the first tear rolled down my cheek, a stream of tears followed.

A stream that carried the anger, confusion, frustration and disappointment as I watched the now viral video of a young white boy from Covington Catholic High School wearing a MAGA hat taunt a Native American man singing. I felt my heart drop, a drop that would allow me to fall into the depths of my inner emotions of anger boiling over, confusion over this type of behavior and shock to the tolerance of it as well. These emotions guided me to realize that this America in 2019. White America. Trump’s America.

SEE ALSO: My brother made it out of a school shooting. His friends weren’t so lucky.

It all showed me what I already knew: that the color of my skin, my traditional Navajo attire and sacred language are viewed with the utmost disrespect. It made me question if Mr. Nathan Phillips, the Omaha man and Vietnam veteran drumming and singing in the video seemed like a delusional “Indian” to the high school students? Was he a target to allow these high school Catholic boys to puff up their chests and display their white supremacy? All these questions flooded my mind as I reflected on my own Native American identity and specifically my Navajo heritage, in today’s modern social climate.

My emotions were only exacerbated due to the media coverage of this incident at the National Mall as people came to Nick Sanderman’s – the young white boy from Covington Catholic High School in Kentucky – defense. They painted Mr. Phillips as an instigator who stirred conflict by drumming and approaching the large group of boys. The boys and their supporters are a brutal reminder that this country continues to oppress Native Americans under its white heteronormative patriarchal system, a cycle that’s continued since the arrival of Christopher Columbus.

It’s a history that forced my grandparents and ancestors to be put into boarding schools to cleanse the Navajo fibers off of our brown bodies.

As a child, I remember having the openness of my reservation to explore all of its beauty. As I grew into a young adult, I opened the veil and behind the beauty of the land lie the poverty, suicide, alcoholism, depression, and murder. I knew then that it was my responsibility to help my people and become a figure in which many young Navajos could look up to. Since our only media representation are the classic “savages” in Western movies or Disney’s Pocahontas, which painted a false image of Native Americans and our women. Since the arrival of the first Europeans, our Native American people have been shamed into feeling less than humans and foreigners on our own land, a shame that has proven to carry from one generation onto the next.

At the core of it, this generational trauma has had a huge impact on my upbringing and in a sense, helped define what it means to be a young Navajo in 2019. Just like many other Native American tribes, Navajos have a sensitive, brutal, and complicated history with the United States. A history that oppressed us and deemed us inferior to white Americans through forcing us to abandon our motherland and walk 400+ miles in brutal weather conditions to a concentration camp where we experienced rape, starvation, and ethnic cleansing for 4 years. It’s a history that forced my grandparents and ancestors to be put into boarding schools to cleanse the Navajo fibers off of our brown bodies.

The repercussions of this has led to the third-world conditions that my people must live in on our reservation. This is part of what is means to be a Navajo, to reflect on your peoples past and acknowledge that you must show kindness when nothing but unkindness has been shown to us. It means walking in two different worlds with beauty while protecting and reclaiming what was once lost.

It is not easy. One moment you’re with your friends at cafe, then next you feel the tremendous weight on your shoulders that you have a responsibility to learn your Navajo language and culture, so your people won’t vanish into history. Won’t be erased. Forgotten. Being a Navajo in 2019 is acknowledging your people’s endurance and strength while looking forward into the future with that same endurance of our mothers, grandmothers.

And so when I reflect over the high school boys and Mr. Phillips, it brings me great pain and reminds me of my own people’s traumas. It reminds me that I am bound to this land, that my placenta is scattered in this nation, one where my ancestors’ blood has been shed, and where my moccasins have walked. We are still here thriving and existing. To those Kentucky Catholic students, I tell you this: it is not only your duty to remember that we are all on stolen Indigenous land but to also to recognize that to truly create a country equal for any race of people, gender, religion, sexuality, and so forth- we must dismantle the white heteronormative-patriarchal system that your founding fathers created.

Kolton Nephew is enrolled with the Navajo Nation tribe and proudly calls the reservation his home as well. Being born into a nation that constantly worked against him and his identity, Kolton wanted to be unapologetically indigenous. This allowed him to write about Native American issues that affect his community and work with organizations to educate about suicide prevention and sexual education to Navajo youth. Follow him @puffalo11 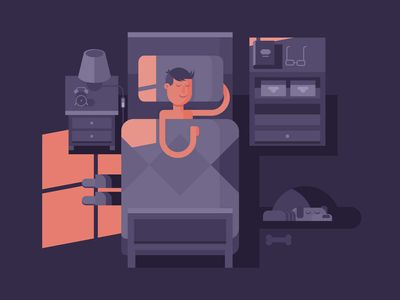 
Everything you ever wanted to know about sleep


To all the boys I loved before – on Instagram 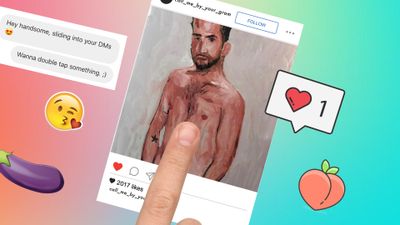