Confessions of a male witch.

It’s Halloween – and while others are dressing up in their best witchy outfits, I’m reflecting on what being a witch means.

Because yes, I identify as a witch. Here’s my story.

When I was in sixth grade I bought a book called Teen Witch: Wicca for a New Generation by Silver Ravenwolf. Late at night when my parents were asleep, I snuck it into my bedroom and started casting magic circles and lighting candles. Every morning, I would clean up put the book back under my bed. That is, until a particularly late night of casting spells when I forgot to put everything back into place. The next day, my Christian dad saw the book on my floor and told me to get rid of it.

We never spoke of it again.

I was already  different enough from my peers being gay, I didn’t want to be burned as a witch as well.

I was raised in a religious household and though my parents have always been vocally open to me exploring other faiths, it seemed their flexibility had limits. It wasn’t for about 15 years that I picked up another book about serious witchcraft. Sure, I was an early adopter of Harry Potter and yes, The Craft was my favorite movie in high school. It was almost as if witchcraft was calling my name because, for my entire life, I couldn’t get enough of anything involving spells, magic and witchiness. When Bette Midler called “SISTAHHHHS” in Hocus Pocus, I could feel it in my very bones.

What drew me to witchcraft in the first place was a sense of agency. Sitting on the floor of my childhood bedroom chanting over a lit candle was a way for me to find an inner power, for me to try to get a little bit of control over a world I felt was spinning around me. Finding and harnessing your personal power is at the core of witchcraft. We learn how to use our energy, our will and our intentions to affect real change in the world, to work with the energies of nature and the universe to make reality into what we want and need it to be.

While Wicca is a nationally recognized religion, witchcraft itself is considered more of a spiritual path by the people who practice it. That differentiation was intuitive to me, but I understand that many people don’t see the difference. My parents certainly didn’t and I realized that I would have to keep my interests and beliefs secret from most people in my life. I studied in secret lest I be judged unfavorably by friends and colleagues (I grew up in the Christian South, after all). Witches (both legitimate and perceived) have historically been persecuted as outliers, the embodiment of “the other.” I was already  different enough from my peers being gay, I didn’t want to be burned as a witch as well.

I’m not trying to unravel an ancient archetype in this essay (many have built whole careers on doing just that). Because for as long as there have been humans, there have been witches. Think of all of the ways we see witches depicted in our popular culture: the bad girl, the seductress, the ancient crone with an apple, the green-skinned broom rider, the heretic. There is too much tangled up in our perception of witches to even begin to unravel here. Witches are all of those things and none of those things. And it’s inclusive – you won’t have to read a certain book, you don’t have to be baptized, you don’t have to go to Sunday school and you don’t have to be a woman. There is no bible, there is not Pope, there are no churches. Witchcraft is inherently personal: it’s about harnessing the power within yourself as a divine being and speaking directly to the divine.

“Glamours” are spells witches use to change people’s perception, often in reference to themselves. Think about how much more powerful you feel when you get a really good haircut or try out a new shade of lipstick or use a new fragrance?

We can all be witches.

Fast forward to 2018 and witchiness seems to be en vogue. “Witches are such a thing right now,” Kiernan Shipka, the actress playing Sabrina in Netflix’s new series, Sabrina the Teenage Witch, recently told the New York Times. Perhaps you’ve noticed this trend as well, on your own televisions to your local bookstores and your Instagram feeds: witches are trending hard. Sephora even tried hard (and failed) to capitalize on this trend with its own witch beauty starter kit, an affront that was offensive to many practicing witches.

So it’s odd – and exciting – for someone like me, who’s been witchy all of his life, for all of this to be out in the open.

Now, especially as a beauty editor, I find myself more transfixed and appreciative of my witchiness. Is it any wonder that beauty and witchcraft go hand in hand? How many times have you heard the words “glamorous” and “bewitching” used to describe the same person? Glamour is at the core of witchcraft – literally.

In fact, “glamours” are spells witches use to change people’s perception, often in reference to themselves. Think about how much more powerful you feel when you get a really good haircut or try out a new shade of lipstick or use a new fragrance? That power isn’t coming from those things directly, but is an inner power bolstered by the confidence those things bring. Your look is a direct reflection of how you want the world to see you and by changing it, you are able to actually change what others see. If that’s not power, and witchcraft, I don’t know what is.

True witchcraft can’t begin without getting in touch with yourself.

Even a witch’s supplies are linked to beauty. We use essential oils for healing and spell casting; we use fragrant incense to invoke feelings and signal to deities; we use mirrors for divination; we even use baths and scrubs to cleanse our energetic bodies and as spells themselves (more on that later). Truthfully, it’s no surprise that the beauty industry is an early adopter of this new interest in witchcraft (Sephora controversy notwithstanding) – they’re intrinsically connected.

And just like we can all connect with beauty, we can all connect in witchcraft in some way. Have you ever felt a tug in your gut the moment before your phone rings with bad news or had a dream about a long lost friend just to see them pop up in your inbox a few days later? Have you ever taken a bath to “feel better” or lit a scented candle to change the feeling of a room?

We all participate in magic whether we call it that or not. We all have a little witch in us.

I could go on forever – the topic of witchcraft is complex and multi-faceted and, since it’s so vast, neverending fodder for popular culture and social media. But I leave you with this: true witchcraft can’t begin without getting in touch with yourself. We all have power inside us and we just need to nurture it. 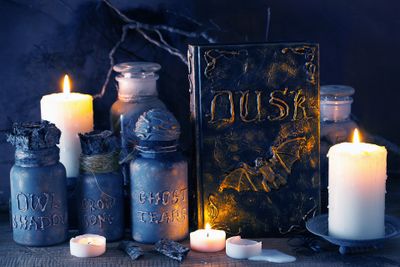 
Staying home for Halloween? Here’s a an easy self-love spell you can do at home. 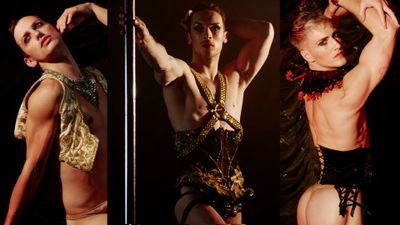