MRSHLL is the Kpop star the world needs now

Pride. It’s a month out of the year where we reflect what being LGBTQ+ means and how we can not only uplift this community, but everyone else. The LGBTQ+ community has accomplished so much over the years, but there’s still so much ground to cover. Very Good Light is celebrating Pride Month through our very own Pride Week where we delve into diverse voices that push the boundaries of what being LGBTQ+ means in 2018.

When MRSHLL (nee Marshall Bang), South Korea’s first openly gay Kpop star first moved to Seoul, he started speaking in a lower register. His mannerisms were more subdued, his body language more rigid, his presence a little more, well, macho. “I’d always try to be more masculine,” he says over the phone from Seoul. “It was a sheer act of survival.”

We’re celebrating his debut album, Breathe, under FeelGhoodMusic, owned by South Korea’s legendary hip hop artists Yoon Mirae (Tasha) and Tiger JK. The EP, Breathe, which debuted earlier this month, includes six original tracks. These include “Nahonza,” a track written with Megan Lee and Zayson, with lyrics by Lee Hi. Another, “OK,” has a special feature with YG Ent songwriter, Lydia Paek. “Every track deals with love in some aspect, whether it’s love through helping others, love as therapy, love as flirting and romance,” he tells me. “But more so, the entire EP is about acceptance.”

Acceptance is not always a choice in many parts of the world and being LGBTQ+ in some parts of the world means being persecuted. In South Korea, a country where a majority of its citizens are anti-gay, coming out means is an act of defiance. A 2017 poll showed that only 41% of its citizens approved of same-sex marriage as opposed to 61% in the U.S. Reports from South Korea say that the quality of life for someone who decides to come out is lower than someone who remains closeted. For MRSHLL, deciding to come out was nerve-wracking.

There were plenty of those inside MRSHLL’s inner circle who advised him to come out later, or not at all. “That advice was valid,” he tells Very Good Light, in retrospect. “But I didn’t want it to be scandalous later on. I wanted to be transparent. I’m gay and it doesn’t matter. It’s not that big of a deal. That is a non-issue.”

But getting to that point took years of self-acceptance and love. For MRSHLL, it took over two decades. To be fully transparent, I knew MRSHLL when he still went by Marshall Bang, a friend who was just a year older than me. I met him my freshman year at USC when we were both bleary-eyed boys who shared a passion for music, God and singing. Back then, Marshall wasn’t out but was ever a free spirit, always unabashedly himself.

And like many Korean Americans, he had deep guilt and it didn’t help that his parents were uber Christian. “Coming from Korean culture of a community based versus individual based culture, I had to somehow reconcile those two halves of me to where I wanted to preserve my parents’ longstanding reputation in the Korean church community,” he wrote for Very Good Light last year. “Yet, I had to move forward with my own life.”

Fast-forward a few years later, he decided to move to Seoul after a producer from a Korean reality show got in touch with him. The producer had discovered one of his videos on YouTuber where he was singing a Boyz II Men song and asked if he’d want to come compete in a singing reality show. He’d all but forgotten singing, as he’d been diagnosed with acid reflux, one that impacted his vocal cords. Instead of performing, he decided to get into the hair industry, assisting here and there in New York City while also working at a salon in Los Angeles.

“I stopped singing and was loving life, living through it,” he tells me.

But that chance at singing in his parent’s homeland was an opportunity he couldn’t pass up. So the next day, he flew out and packed enough clothes just for a week. “I didn’t think I was going to be there for a long time,” he says. As the show progressed, so did his vocal cords.

“It got better and better, I thought it was a miracle,” he quips. “I thought it was the universe giving back to me. I’m here for a reason, why don’t I go as for and see what happens?” Long story short, he didn’t win the reality show but instead, decided to remain in Seoul to see how his luck could play out.

“The next five years was an intense journey of self-realization,” he says. “I was a baby gay and I was figuring out what that meant in a foreign country. I was thrown into Korea and unfamiliar with the customs, still a virgin and figuring shit out.”

He’d taken odd jobs here and there to survive. First, was at a radio station as a Kpop correspondent for As One, the female Korean American duo who made it big in the early aughts. Then, it was teaching dance at a children’s academy, doing SAT prep, working for a style app, also as a music video producer. “That was really fun,” he says. “We produced music videos for Lee Hi, BTS, among other artists. I learned so much about the industry.”

But it was a chance encounter with Tiger JK and Yoon Mirae at a party that would seal his fate. Back in 2009 and 2010, he’d volunteered with Invisible Children, a non-profit that had him traveling throughout the U.S. to bring visibility to the issues in Africa. There, he worked closely with Jason Russell, the organization’s founder. Through him, he met Jason’s friend, director Jon Chu, who would later direct G.I. Joe 2 and the upcoming film, Crazy Rich Asians.

While Jon was in Seoul, he invited MRSHLL out to the premiere. At the after party, Jon brought out a karaoke machine and asked everyone to come up and sing. MRSHLL ended up performing a song. Tiger JK and Yoon Mirae happened to be in the audience. After his impromptu karaoke performance, the two approached him.

“OMG who are you?” Yoon Mirae asked him. He recalls not immediately recognizing the two. After that, the two hit it off and began a friendship. He and Yoon Mirae would text each other ever so often and organically fostered a relationship.

One day while recording on his own, MRSHLL texted Yoon Mirae asking if she’d want to be featured on his track. The two were now friends for years at this point. A text turned into a working relationship. A working relationship then turned into something more than a collaboration. With Yoon Mirae now heading up her own record label, she asked MRSHLL to sign as an artist. Feeling as if it came full circle, he signed onto FeelGhoodMusic without hesitation.

“I want people to know they’re not alone and we’re in this together.”

From the beginning, Yoon Mirae and Tiger JK were supportive of every aspect of MRSHLL – to his sound, his style to his sexuality. “They were like you don’t have to change we love you as you are,” he says. He later came out to his friends one by one, fearing retribution. But to his surprise, every single person was supportive.

He recalls sitting with one of his best friends, Lee Hi, the solo songstress under YG Entertainment. Nervously, he started to open up to her about his sexuality. Fearing rejection, his nerves got the best of him. “I’m gay…” he muttered. As he looked up, he saw that his friend wasn’t shaken.

“Oppa, you’re incredible just the way you are,” she told him. “I 100% support you.” With that came other singers in the industry, like Miss A’s Min, other rappers and R&B stars. Today, it’s almost as if the entire Korean music industry has come out to support him. But with support also came learning moments for those who have not met an out LGBTQ+ person in their lives.

“It’s been a learning moment for a lot of people and teaching from my part,” he says. “People don’t necessarily know certain aspects of the community. There were certain people within our company who didn’t know the difference between trans and gay and different letters of the acronym. In a way, I feel it’s been a journey for all of us. And learning about the community allows them to then tell others as well. I hope I’m making changes on that micro level.”

But being gay isn’t the only part of him that he wants to be known for. He’s an artist first and foremost, and wants to be respected for his music.

“I haven’t talked about me being gay just yet in Korea,” he says. “If reporters type in my name they’ll see who I am. I don’t want to just talk about my sexuality.” And so, he’s being a lot more selective in who he talks to and what he speaks about. “Let’s go deeper and let’s talk about why you’re asking these questions in the first place and what your motives of knowing about my identity are,” he says. “Let’s talk about gender, femininity and masculinity and social structures ruining men from being who they truly are. I feel like if people let people let people be we’d be so much happier. Like, why can’t men wear lipstick? Wear heels?”

These are questions he wants to ask South Koreans and challenge their patriarchy. He wants to continue pushing them while being that one out R&B star that can inspire others.

“I think it’s empowering that I’m the only musician who’s out [other than Holland],” he says. “While I’m only one person and I’m not the end all be all gay representative, it’s a start. Once I make a splash then others will empower others to make a splash themselves.”

Still, being one of the only ones gets lonely. MRSHLL wishes he had more LGBTQ+ friends in Korea, especially when the bullying comments on his Instagram come in. But he keeps moving forward, because that’s all he can do.

“I want people to know they’re not alone and we’re in this together,” he says. “It’s a journey. It’s going to be a long arduous journey with moments of positivity and victories. Let’s keep posing and being loud and proud of who we are. Pride is this month and for everyone and it reminds everyone we’re not going anywhere. We’ve existed for thousands of years and we’re thriving.” 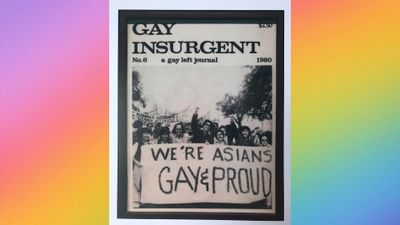 
What it means to be seen as a queer Asian American 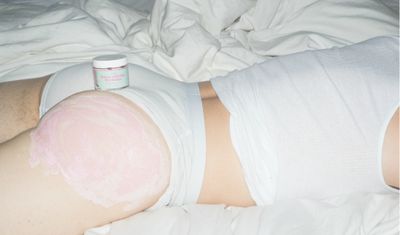