I never went to prom.

Back in high school, I wasn’t out to all my friends and family. Despite growing up in a generally left-leaning suburb 20-minutes south of San Francisco, I didn’t feel entirely safe as a then-gay (now openly queer) person. The only other LGBTQ+ people I knew were school outcasts that got bullied by their classmates. This was on top of what I know now as  gender-identity dysmorphia.

For most of my life, I didn’t identify with my maleness. It was a confusing persona I had to live up to because of the way my body looked. Instead, I gravitated towards my feminine side and felt comfortable there. It wasn’t that I wanted to be a girl, I just wanted to be girly. Gender fluidity was an unknown concept to me back then, and even if I had known about it, I’m not sure if I could’ve practiced it.

Most of my friends were girls and I was often playing with my mom’s makeup and watching Sailor Moon. This evolved into becoming a dancer; ballet was my gateway and focus, but I dabbled in other styles as well. After a few years in ballet, I was slapped with a rude awakening: I would start to get separated from the girls. I would learn boy routines, dress in boy costumes, and the worst, have to get ready alone in the boy’s room!

My only wish was to be one with the girls, not just because they were my closest friends, but because the heart wants what the heart wants. My mom granted me that wish in a major way. She bought me pointe shoes. In ballet, pointe shoes are reserved exclusively for girls, and men will sometimes wear them for comedic effect. The point of these beautiful, yet torturous shoes is to make the women look light, magical even. Men are trained to support these women and dance, in my eyes, less elegant routines. So while I could live out my femme fantasy unlimitedly at home, outside of that apartment, my gender was determined by everyone else.

I learned this lesson early on. In the third grade, one of my classmates discovered I did ballet and used that as fodder to bully me. He shamed me in front of my classmates for being feminine. It was at that exact moment I realized that I needed to hide my femininity. I started to build my walls at all of 8-years old. And people ask me why I’m so guarded now, early childhood PTSD is real. (I’m working with my therapist now to be more open and vulnerable, don’t worry.)

In the seventh grade, I finally realized I was gay and that made me feel even more isolated. Now I have to hide this on top of my gender identity, too? I tried coming out to a friend then, but that ended horribly so I retracted my steps right back into the closet. By the time I got to high school, I became an expert on how to navigate situations so that I could slide by. I learned how to listen and give advice to friends because then I wouldn’t have to talk about myself. I quickly discovered the friends that I felt safe with, and those that I avoided in for fear of getting called out. The less attention I got, the safer I was. I put my gender identity in a small little box that I opened only in the protection of my room so that I could journal about it. Otherwise, I avoided every question that could expose me. One of those questions that routinely circulated the campus was about school dances.

“Are you going? Who are you going with? Did so-and-so ask you!?” Those were in my top five least favorite questions. I didn’t feel comfortable in a space where gender roles were so clearly and divisively enforced. The thought of having to perform as a boy, aesthetically and behaviorally, was anxiety-inducing enough for me that I always chose to stay at home. I didn’t go to a single high school dance.

When prom came around then, it was no different. In fact, it was almost worse because they required that each gender put on very specific clothing that they (society) chose. I didn’t want to wear a suit and even more so, I didn’t want any heightened levels of attention for finally going to a dance. So I skipped my high school prom altogether. And up until this past weekend, I never put much thought into it.

Going to Buzzfeed’s Queer Prom was an experience I thought I’d never have. If I told myself at 17 that I would be going to a prom where guys were wearing dresses and heels, faces highlighted for the gods, I wouldn’t have believed it. To be in this safe space where not only I but everyone could be their most authentic selves, was an energy like no other. It’s a feeling I wish I had when I was younger. Inside that venue, there were no rules around gender and identity. Everyone was living their truth, and the smiles they had on because of that was the hottest beauty tip of the night.

Now, I can finally say that I’ve been to prom, and as me. Nude heels, crossbody bag, highlighter and an understanding of exactly who I am, to boot. 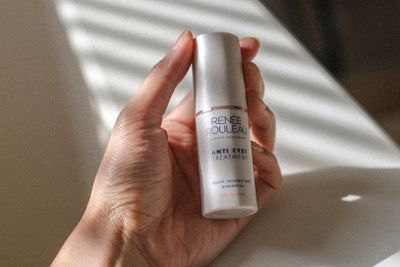 
Everyone seems to love Renee Rouleau’s anti-cyst treatment. It did nothing for me. 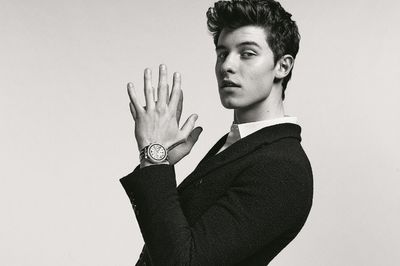