The last time I got a cold sore was about a month ago when I was visiting NYC for a week.

I was staying at a friend’s apartment when suddenly, at 1 a.m., I felt that tingling sensation, the same that feels as if there’s carbonated soda water bubbling beneath you skin. Immediately, I panicked and got TF out of bed. I was in town for business and the last thing I needed were lips that screamed “HERPES!!!” to the general public. I asked my friend if she had any Abreva, the cream that supposedly treats cold sores. The brand claims it can treat cold sores at first sight and stops the virus from developing into a bigger cold sore. Of course, Abreva has never actually helped any of my cold sore outbreaks, but using it helps me at least think I’m doing something to combat it.

Perhaps the biggest mistake that I made was actually assuming she’d also had cold sores. Mortified and disgusted, she turned to me, her upper lip quivering, and screamed: “OMG! THAT IS SERIOUSLY GROSS!”

I ran myself to the CVS around the corner and looked at my options. Panicked and feeling embarrassed by my friend’s unexpected reaction, I found only three options: Abreva for $29, a generic form of Abreva, or this new brand called Aubio. I chose the latter, as Abreva never worked. Of course, like any other cream, Aubio really didn’t do anything (except maybe moisturize my cold sore??).

In the upcoming days, I couldn’t hide my cold sore from my friend and I felt super insecure whenever I saw her. These mixed feelings of guilt and embarrassment made me want to hid from the world. Having a cold sore, I realized, was as if having a temporary Scarlett Letter stamped onto you, one that was meant to embarrass and alert others to stay away.

I realize in retrospect, that it’s completely unfair to put this burden on anyone who experiences cold sores (and maybe that I REALLY need to reevaluate my friendships). It wasn’t fair for my friend to make me feel like some diseased monster. After all, cold sores are almost as common as the common cold.

According to Young Men’s Health, 90% of Americans carry the cold sore virus, HSV-1. Others carry the genital herpes strand, HSV-2, something that’s more common in women than men (also 1 in 6 people have it). With most people experiencing cold sores and its symptoms, why is it so unfairly judged? I get that it’s incurable and it’s a virus, but so is the common cold?

I’ve concluded cold sores and its negative stigmas stem from a lack of education and resources. Because of this lack of information, our culture has blamed those with cold sores and judged them as somehow being reckless, careless or in some weird way, um, promiscuous. It’s obviously far from the case. Cold sores are so commonplace now, that there are new companies catering to this problem, like Aubio, brands like Releev that treat the first-day symptoms and men’s healthcare startups like Hims, which just launched its cold sore treatment program.

Here are some facts below that make cold sores less scary.

What is a cold sore?

A cold sore, or “fever blister,” is caused by the herpes simplex virus. A person has either HSV-1, which causes oral cold sores, or HSV-2, which is genital herpes. It bubbles into small little bubbles that are pus-filled, dry out and scab. It’s not pretty, for sure, but totally common.

According to Young Men’s Health, close to 90% of the population has the cold sore virus. Others estimate it to be closer to 70%, which is still the majority of the population. People usually get cold sores twice a year or, for some, once a month.

What are the symptoms?

It’s called a fever blister because some believe cold sores are triggered by environmental conditions. There have been studies conducted that cold sores are triggered by specific conditions. Some experts say this can be from: exhaustion or fatigue, stress, anxiety, a weakened immune system, sickness like the flu, among others. Symptoms usually start as a slight tingling sensation and then morph into a breakout. According to Healthline, there are five stages of a cold sore:

How do you get cold sores?

Cold sores are pretty contagious. So much so, that some people will say that sharing even a towel with someone with an outbreak will pass the virus on. The genital kind can come from oral, vaginal or anal sex with someone who has had an outbreak. While some people do contract it this way, kissing or sharing drinks can do this as well. But most people contracted the virus in their childhoods. According to Healthy Children, most people will get the cold sore virus in their childhoods thanks to undeveloped immune systems, kissing and sharing items like straws, drinks, etc.

Can it be CURED?!

Short answer, no. Much like the common cold, the herpes virus is forever. Yes, it’s unfortunate, but there are many ways to treat cold sores and to make them disappear.

How? Glad you asked.

Valtrex is your BFF. The best and only way that I’ve been able to treat my cold sore outbreaks has been a doctor prescribed drug called Valtrex, a valacyclovir. Literally, after taking four pills (two in the morning, two at night) my cold sore was gone the next day. It’s a wonder pill. If you’re not into Valtrex (it’s expensive without insurance!), there are definitely generic options. One is from Hims, which is offering its generic version for $50 (after membership, doctor and quarterly subscription fees). It may seem a little expensive, but if you don’t have insurance this is a steal.

Get the generic kind. Other than valacyclovir, there’s real science that says taking Lysine supplements, ($12.99) helps the immune system. Lysine isn’t readily found in the human body and is an amino acid found in nuts, dairy or meats. It fights the effects of arginine, another amino acid that helps the herpes virus clone itself. Sometimes I’ll overdose on Lysine if I feel a cold sore coming along, taking 3,000 mg of tablets. My parents take these tablets every day and say that they haven’t experienced symptoms in a long time.

Patch it up. If you’re trying to get the oozing, pus-filled bubbles to go away, using a Hydrocolloid Patches- 36 count, ($12.50) will do wonders. If that sounds familiar, it’s because it’s the same that’s better known as pimple patches. Hydrocolloid is literally just a dressing to help treat wounds. Simply stick these on top of your outbreaks and the next day, you’ll see that the pus as gone away. Be prepared: the sticker will be gnarly – lots of goopy, yellow pus.

Self-care. Because cold sores are symptoms that your immune system is compromised in some way, you need to combat this by treating yourself better. This means to take a day off just for self-care. Sleep. A lot. And also practice decompressing but practicing meditation, yoga, or taking deep breaths.

Hold back. Among the many DO NOTS is actually touching, popping or picking your cold sores. It will only make it worse and will spread the virus. Trust. Also, lay off oral sex, using lip balm, lip gloss or lipsticks until you’re healed (if not, toss these out!), and take it easy. 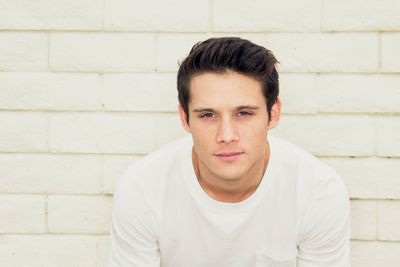 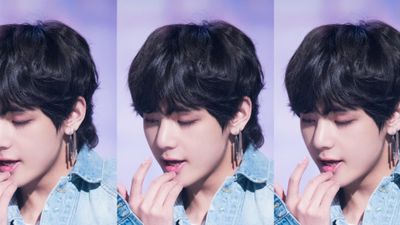