The mullet is back, and there’s nothing you can do about it.

So why not surrender yourself to this shaggy fiesta (if you’re here, we’re in the back)? The updated look is far from the long ridiculed shag, associated with 90’s Achy Breaky-era Billy Ray Cyrus (cringe) and that time when Andre Agassi actually had hair(gasp!). The updated mullet is more punk and rock and roll – think David Bowie and Ziggy Stardust – and less country. It’s also much more subtle, where the proportions aren’t as dramatic.

Recently, the updated mullet has been spotted globally, from BTS’s V, sporting a curly look at this year’s Billboard Music Awards, to Got7’s JB, who’s been rocking the look all year. And on social media, models, to influencers have all been embracing the look as well. Just look at influencer and barber, Mikey, who’s been recreating the fire look and uploading them on his Instagram.

So why now? Blame cyclical fashion, explains celebrity hairstylist, Niko Weddle, who’s worked with Abigail Breslin, Portia Doubleday, Kimberly Williams-Paisley, among others. The stylist attributes this recent wave of 90’s nostalgia on the runways – from Prada to Margiela – as a major factor for the mullet’s resurgence.

Social media, of course, also plays a factor, he says. With the illusion of perfection projected onto social media, Niko tells Very Good Light that “the mullet is the the ultimate f**k you to all of that.” He further explains: “It says ‘I don’t7

Vcare; at a time when our carefully cultivated social media presences seem to say perhaps we care a little too much.”

AXE’s own celebrity barber, Reggae, the man behind the fades of Zayn, Will Smith, Gucci Mane, among others, echoes this sentiment.

“[The mullet] adds a bit of uniqueness to each person who wears it,” he tells Very Good Light. It’s also versatile in the way that it allows guys to put a “twist on a fade faux-hawk look.” Since fades are really popular right now, the mullet gets men the clean cuts they want while experimenting with length.

Besides, that, mullets are simply “badass and rock and roll,” says Alicia Campbell, who’s worked with rockers like Green Day, Metallica, to guys like Vince Staples and Big Sean.

To get the perfect mullet look, Reggae gives us a few pointers, below:

1 Request the “South of France”

If you’re asking your barber how to achieve the look, start with a skin taper and then a high temple fade, suggests Reggae. “This type of fade was coined by a fellow celebrity barber,” Reggae tells us. “He called it the ‘South of France’ Fade.

Long gone are the ponytail-length hair in the back and a short cut up front. Instead, make it subtle. “The top would be a crop top with a messy and uneven length,” Reggae says. “Ask your barber to use uneven sheers to create the texture on the sides, then regular sheers cutting at an angle on the top.”

3 Style it to finish

Just as your hair is disproportionate, so should how you style it. For this, you’d use products for the top of your hair as you’d normally do. But for the back, “let it fall as is with minimal product,” Reggae says. 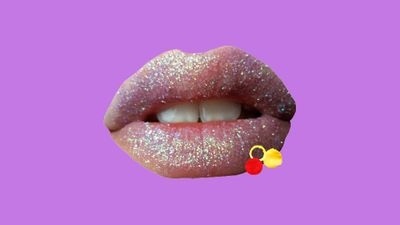 
My brother made it out alive at Santa Fe High School today. His friends weren’t so lucky. 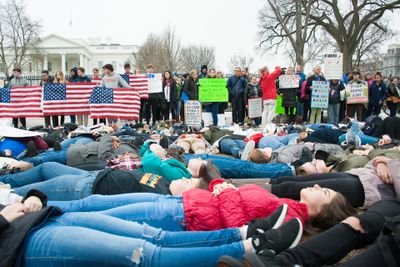