What does Differin do for your face?

Unlike many people, I had perfect acne-free skin until I turned 24.

Until then, I lived life without any worries about breaking out, cystic acne or blackheads. Literally, I’d wonder why everyone was so skin-obsessed, Googling remedies or going to dermatologists, when all I did was wash my face with bar soap. YES, we’ve all had a dark past life!

SEE ALSO: How to treat your popped pimple wounds FAST

But just the other month while visiting the South, I started breaking out in painful, annoying, deep cystic acne. One afternoon, these red spots sneaked up on me like a Bella Thorne movie on Netflix, one that came with LOTS of trauma and heavy baggage. I sat there on the bathroom floor and shrilled – at the Bella Thorne movie,  The Babsitter, that was now playing on my iPhone. My face was fine, it was just annoyingly red and angry, my eyes on the other hand … well, they burned with Bella’s acting etched into my brain.

In any case, I did some Googling and found myself in the deep throes of acne forums and articles raving about a wonder product that you didn’t need a prescription for. It’s Differin, an acne gel that’s a synthetic form of retinoid known as adapalene. Differin works by preventing your pores from clogging and is said to prevent redness and inflammation and received FDA approval as an over-the-counter treatment in July of 2016.

I was still skeptical as I am when something seems too good to be true. I’ve been to the website, read all up on it, watched every infomercial – Differin seemed like a miracle, and almost too good to be true. Reviewing every before and after was incredible. There were people whose entire faces were cleared in only a few weeks. Others, said using Differin as a spot treatment almost immediately got rid of their blemishes. Then, there were beauty publications giving their approval, like Allure, even awarding Differin an award in 2017.

With so many good things being said, I trekked to Target and purchased a small tube for $28.99 and started on the journey. I’d live to regret Differin.

The entire process is supposed to change your skin slowly but surely at around 12 weeks. That made sense as your skin completely renews within that time period – there isn’t an immediate change for any products you use. I was ready for that. The first two weeks are what many call a “purging” process. That is, when your skin starts reacting to the product and becoming very inflamed. Some will start breaking out while others will experience redness. I didn’t really experience either.

I’d used Differin in a pea-sized amount every night and didn’t notice anything for the first few weeks. That’s when, after a month, with my cystic acne still on my face, my blemishes still erupting, I noticed my face became super sensitive and intolerant to any other products I was using. When using any mild acids like a Vitamin C, my face became so painful, turned beet red, and was so excruciatingly painful that I began thinking my skin was doomed. It was shocking as my face had never ever – and I mean EVER – done this before. In fact, I feel my face was so resilient I could douse it in Biologique Recherche P50 and I’d have zero reactions to it.

I realized my face was hypersensitized to the Differin and its pH was way too acidic. Instead of getting rid of acne or clearing my face, in turn, it had an opposite effect – it started to f*** things up. As I started Instagram Storying my process, a few YouTuber friends of mine started texting me. One told me that Differin was so awful for him he had to do a complete reset with sensitive products for months. He suggested using La Roche Posay repairing products immediately. Another friend told me that Differin was so harsh that they experienced scaling skin, an experience that led them to have to see a dermatologist, which he wishes he paid for before this entire ordeal.

After researching the side effects of Differin, I found that it was all true. The effects included: stinging, tingling, or irritation, redness, dryness, itching, scaling, mild burning, or worsening of acne. Read the latter part again: WORSENING OF ACNE.

I understand that every product is different for every skin type and that not all will work for me. But I’ve never experienced a product actively having an adverse effect on me to the point where I went through trauma. At the end of my month, my face needed a restart and I resorted to going back to sensitive products only. It was also where I finally saw a dermatologist who suggested laser treatments. I ended up spending SO MUCH MORE money to overturn the adverse effects of Differin than I would have if I’d just gone to see a professional.

This isn’t to say that Differin is a scam or that it really doesn’t work. I do believe that for some, it’s been a wonderful product. But I cannot in good conscience recommend a popular product and say it’s a holy grail or is AMAZING like everyone else. That’d be like trying to make an argument that Bella Thorne deserves an Oscar for The Babysitter. Like, LOL. 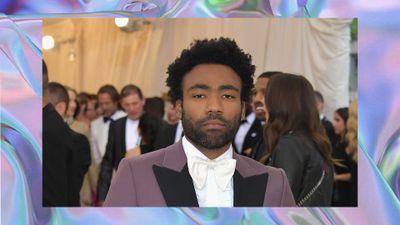 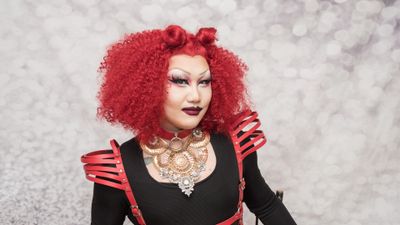