Millennial Pink is dead. You’ll be surprised to know what’s next.

Whether you like it, love it, or want to leave it completely in the past, millennial pink has proved its staying power.

Whether it’s filling up our #shelfie or taking over our Instagram feed, we can’t seem to get away from the massively popular pastel, powder pink, a phenomenon that’s proven its staying power. So big, some brands have capitalized on the color to sell. Some like Glossier, the social first brand that’s made an entire business around the color. Others, like Saturday Skin, Herbivore, and Glow Recipe have followed suit. It’s obvious millennial pink has reached fever pitch, but is it here to stay?

SEE ALSO: Do men’s grooming products have a masculinity problem?

To get to the bottom of this, one must first go back to millennial pink’s origins. Of course, the pastel hue is nothing new. The color obviously has been around from the beginning of time. Dubbed “Tumblr Pink” or “Barbie Pink,” the shade is one that, as NY Mag once noted, is  “a range of shades from beige with just a touch of blush to a peach-salmon hybrid.” The color really got its momentum around 2013 thanks to Wes Anderson and his films which had a beautiful, alluring blush filter. It also got a boost thanks to cultural icons like Drake and Kanye West, who started allowing men to also be okay with the traditional “girl’s color.”

The color became “okay” for men with the introduction of Apple’s rose gold aka “bros gold” iPhone. Unintentionally, Apple’s new product color allowed its customers to explore “uncharted territory. It was an opportunity for men to go outside their safe boxes – that is, sport smartphones that weren’t your typical black or white.

When it comes to translating into the beautysphere, Stephan Alain Ko, a cosmetic chemist and blogger, says it’s due to the surge of social media promoting the shade. “It’s possible that filters applied to mood boards on Tumblr and by VSCO had an influence [to the popularity of the color], he says to Very Good Light. “I first noticed it and associate it with singer Troye Sivan, so for me, it’s always represented a new generation of men who are very confident in their sexuality and who they are.”

A year after iPhone’s rose gold, Pantone named it “Color of the Year” in 2016. Two years later, there are no signs that it’s slowing down soon. That, of course, doesn’t mean that it’s not dying out.

“Millennial pink is a toned down version of the traditional Barbie pink we’re used to seeing. With a touch of beige, it becomes less girly, more mature, more sophisticated, and more gender neutral. With the evolvment of gender fluidity over the last few years, millennial pink has become a non-offensive and safe color for everyone.”

Why is it so appealing? Color psychologist, Judy Scott-Kemmis explains how colors like millennial pink have a subconscious effect on consumers. “Millennial pink is a toned down version of the traditional Barbie pink we’re used to seeing,” she says. “With a touch of beige, it becomes less girly, more mature, more sophisticated, and more gender neutral. With the evolvement of gender fluidity over the last few years, millennial pink has become a non-offensive and safe color for everyone.”

Judy points out that our current political and societal climate may have something to do with the trend as well. “With so much anxiety and stress in the world today, people are subconsciously drawn to this color because it feels calming, soft, nurturing and safe,” she says. “Until this stressful energy changes or shifts, people will be drawn to the shade for the comfort it provides on a subliminal level.”

“I embrace the post-gender idea of the whole thing and am happy that pink is being used in a lot of different ways that aren’t exactly feminine,” says GQ Senior Fashion Editor and Grooming Director, Garrett Munce. “I think people latched on to it because it signifies an embrace of modernity. The color has become synonymous with an idea of gender fluidity, a kind of post-gender color that is feminine and masculine at the same time – or sometimes neither. It’s become a sort of updated neutral,” he says.

“I do think it’s a little overdone in the sense that if someone is trying to target millennials or younger consumers, it’s their go-to color,” finishes Garrett.

I mean, we get it. The public adores it, and we do too. We even wrote about our favorite pink products here. However, we can’t help but wonder what’s next, and frankly if we’ll ever even get around to finding out.

“I can’t predict what the next trend will be or when,” says Judy. “Although, I believe a move towards a greater use of green would be healing for everyone, helping to restore positive energy in the world.”

While that may be her one desire, is the beauty industry actually shifting out of millennial pink into new waters?Theresa Yee, WGSN’s senior beauty editor, thinks so. “We’re starting to see lilacs replacing pinks as a key color – one of the shades we highlighted in our Youth Tonic S/S18 trend forecast,” she says. Named 2018 Pantone color of the year, Ultra Violet may be here to save the day.

We’ve sure seen the color green be embraced by brands like Tata Harper and Origins, aligning with their mission of providing clean, all-natural, organic products. When it comes to purple, the first thing that comes to mind is Tarte. All things ultra violet, Tarte has the bases covered. Brands like Drunk Elephant with its Lala Retro Whipped Creme and MAC with it own in-house packaging are staying on track with the year’s new “it” color.

In the end, the use of millennial pink has become overused and consumers are now feeling a bit overexposed to the color. This is one of the main reasons Judy believes the color is meeting its slow demise. “I do believe millennial pink has been overdone, as have other trendy colors over the past few years,” she tells us. “I believe many in the advertising and marketing field take the easy way out and use millennial pink because it has been such a successful color, instead of being more creative in their choice of colors. We all need balance in the use of color in our lives and the predominant use of one color can throw this balance out.”

While we love millennial pink and are a sucker for anything from that shade, it’s easy to see how and why the color is coming to an end. With marketers, advertisers and brands all using the color, consumer fatigue is high. When even Starbucks gets onto the trend, you know it’s nearing its end. As with all things, we’ve had fun with you, millennial pink, but we’re not sad to really let you go. 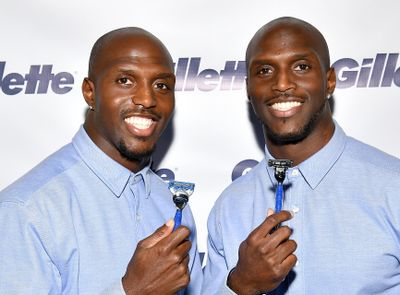 
Patriots player wishes he told Aaron Hernandez this: ‘I won’t stop being your friend’ 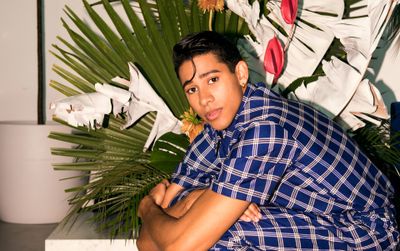