It was August of 2014, and the then 20-year old had spent almost a half-year celebrating his bronze medal win at the Olympics. He’d become a celebrity. In a matter of a day, his face was stamped on Kellogg’s Corn Flake boxes nationwide. Multiple endorsement deals came flocking. Television shows like the Today Show couldn’t get enough of him. He even asked Taylor Swift out on a date.

“I started to really question myself and my motives, having these crazy existential questions like why am I doing this?”

But as the flashing lights faded, the media lost interest, he found himself surrounded by silence, one that forced him to confront his inner demons. Spiraling in depression and anxiety, Nick questioned if he ever wanted to ski again. He started heavily drinking. Thoughts of suicide weighed on him. Which led him to that fateful night in August where he piled rocks and started throwing them at passing cars.

How did this happen? How did a promising Olympian hit rock bottom when he had everything in front of him?

As Nick will put it, it was a mix of many things.

“I think after the Olympic sweep I got caught up a lot with the social media and some of the celebrity idea, like I’m a celebrity, I’m super cool, I can do whatever I want and just partying with my friends and whatnot,” Goepper said to USA Today recently. “I think that initial high, that initial rush, it took me a while to sort of really process all that had happened during the whole Olympic cycle.”

“I started to really question myself and my motives, having these crazy existential questions like why am I doing this?” he said. “What is the point?”

But this isn’t a story of tragedy. It’s one of redemption. Now stronger – physically and mentally – Nick is competing again in Pyeongchang and ready for the competition. Having spent 60 days at a rehab facility in Texas, he realized he wasn’t alone. There, he found others were experiencing depression as well.

“Honestly, I had a lot of help,” he tells Very Good Light from South Korea. “I went to a treatment center for 2 months in 2015 and was in a great environment, surrounded by supportive people that were all going through similar things as me. It was just a great eye-opening experience and I was lucky enough to have that type of support system to help get me through.”

And he kept up his treatment long after he left rehab. He’s refused drinking (he can proudly say he hasn’t had a drink since Sept. 26, 2015) and has made a conscious effort to think about the world differently.

Now 24, Nick is in a very different place in his life. Now more confident and grounded, he feels a lot better about tackling the ski slopes, talking to media and handling those endorsement deals. One of them is from P&G and its “Love Over Bias,” campaign, one that celebrates Olympic mothers and their sacrifices.

“We’re all equal no matter where you come from or what you look like and to be able to give props to my mom for always supporting me through my challenges I’ve faced means [so much],” he tells us.

“For 18-months I really challenged myself to put myself out there.”

As for how he’s preparing for the brutal South Korean winter? Smelling nice and moisturizing  a ton.

“Smelling good is really important to me,” he tells us. For that, he’ll simply use an Old Spice deodorant in the morning. As for keeping his skin in tact? That’s a little more difficult.

“My skin takes a beating from the high-elevation climates and such cold conditions,” he tells us. “My biceps, triceps and shoulders get really dry so I’ll use Burt’s Bees Moisturizer

to keep me hydrated. It’s actually pretty humid in Korea so it almost acts as a natural moisturizer compared to some of the drier places I’ve skied.”

But the most important aspect of prepping for the Olympic ski slopes is confidence. Finding that allowed him to overcome his experiences with anxiety and depression.

“I think just putting yourself out there is the most important thing,” he says to Very Good Light. “I was really socially awkward and hated going out to socialize or being the center of attention, so for 18-months I really challenged myself to put myself out there and meet new people and see new places. It was challenging, but it was what I needed to build a lot of confidence.”

Cheer on Nick Goepper Saturday as he goes into the qualifying rounds.

If you or a loved one is experiencing suicide thoughts call the National Suicide Prevention Lifeline. It’s a national network of local crisis centers that provides free and confidential emotional support to people in suicidal crisis or emotional distress 24 hours a day, 7 days a week. 1-800-273-8255 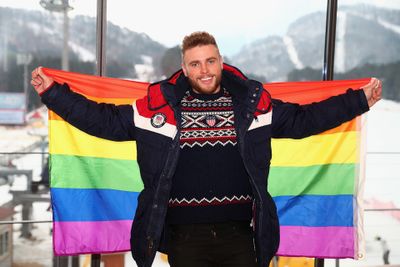 
Sexual racism and when I finally had enough 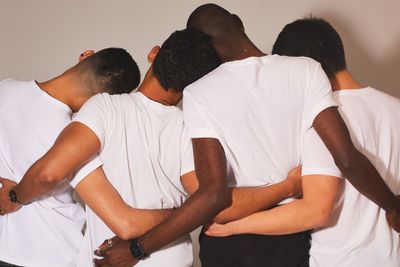