Welcome to Groom Raider, a weekly series where we, well, raid the grooming closets of the people we admire to see what products they use. While we browse through their moisturizers, creams, fragrances and more, we get a glimpse into their past lives and the stories behind how they came to be. This week we meet with Cameron Fuller, an actor and model from Los Angeles.

We’re at his home in a sleepy neighborhood of Brentwood in Los Angeles, when the young actor and model pulls out a basketball and starts shooting hoops.

Immediately, we get our camera out for a few photo opps. The young actor is lively, if not energetic, this morning even though he’s had zero sleep from commuting back from Coachella the night before. His skin is sunkissed, his eyes sleepy, but piercingly blue. His scruff contours his chiseled face and makes him look older than he is.

“Do you play?” he asks, with a toothy smile.

We pass the ball back to him where he makes another basket with a layup. It’s funny he asks, because these days, it’s as if Cameron is the one playing. That is, many different parts. He’s an actor, playing ASW Wright on TNT’s The Ship, the popular show starring Eric Dane (yes, that’s McSteamy from Grey’s Anatomy).

When he isn’t on television, he’s working daily on his YouTube channel, one full of skits, funny real-life videos, some with his friend, actor Gregg Sulkin, and others with his girlfriend. And then, there’s an app he’s a part of, called Mixer. It links people together to socialize at bars around town.

Very Good Light caught up with him – and snooped into his medicine cabinet – while he was taking a breather from his many endeavors.

“I don’t even remember my debut as an actor because I was so young. I think I was like, a year old. It was for The Babysitter, a 90’s thriller starring Alicia Silverstone. I guess they were looking for a baby, and my dad was best friends with the movie’s producer, also my godfather, and I ended up being the baby. I had so much spotlight from that role I had to took many, many years off. I ended my hiatus a couple of years ago when I got back into acting.

After my big debut (laughs), I went through a really, really rough stage in my teenage years, looks-wise. In middle school I went through a phase where I had pretty bad acne and had braces. I didn’t know what to do with my hair so I just put it in a beanie. I wore them every single day. Like, it was 100-degrees out and I’d still be wearing that beanie.

One day, I was like, okay, I gotta pull it together. My mom said we could actually fix these types of things. So I got my braces off, buzzed my hair off and I went to an acne doctor, they gave me face washes, and they put me on Accutane for a while. I deleted all photos from back then because, I’ll be honest, it wasn’t a pretty time for me.

After, I quickly started to learn how to groom for myself. How to take care of myself and shave my face. I started growing a beard in high school, which was cool. Then the 10th grade rolled around and I just felt great. From then on I was very careful with the way that looked. Maintaining, I realized, is so important. So it’s important to wash your face. I’ll put moisturizer on every morning. If there’s a pimple I’ll put on Mario Badescu

. I know how to pluck the middle of my eyebrows. It’s this whole thing about being a guy. Lots of men aren’t educated about proper hygiene. For my face, I’ll use Kiehl’s SPF 30 after I wash my face. It’s that, or EltaMD

. I then put eyedrops if I’m feeling dry. I’m into Cinnamon so I use Marvis Cinnamon Mint

toothpaste in the morning. I’ve been using that for years.

I’ll put gel in first, which is American Crew pomade

. It’s like a paste. I’ve gone through so many gels in my career. There’s this spray I’ve been obsessed with called Drybar Money Maker

I like mixing fragrances. I’ll use Le Labo’s Santal 33

, which I know everyone uses, and Patchouli 24

. It has a musky, masculine fragrance but still clean. I also use TOM FORD Tobacco Vanille

when going out at night.

My dad [film and television producer, Bradley Fuller] was always great at grooming and clean. I look up to him. He is now a really big producer and I look up to him. I saw him working in management, getting a couple of clients and then working his ass off in the business. His career wasn’t always great. He had his ups and downs and I saw him growing as a producer as I was growing into my own. It’s so amazing watching his work ethic. I think that taught me a lot about being humble and grateful.

When I first wanted to become an actor, my dad was very conflicted. He sits down with actors all the the time and he’ll watch tapes for hours on end. He was once like, ‘I promise you, you don’t want to be an actor, it’s not an easy life if you don’t want to do it.’ And then when I started working harder at it, he became more accepting, and now he’s very onboard with it, which is awesome. He’s also really supportive of all the other things I’m doing now.

Which gets to my next point. You can’t just be an actor. If that’s the case, you’re pretty much going to be at the gym and sit around. And I cant do that. The way I’m built, I can’t do that, I need to be doing stuff. I have more of a business mind. So how am I going to make things happen? That’s why I started my YouTube channel. It keeps me going. I have over 125,000 subscribers now and it’s been really cool to see it grow.

This industry is never easy. It’s really, really hard. I remember going to a Teen Wolf audition thinking I could really be on that show. I’d always wanted to. I walked in and I was just like, there’s six dudes that are blonde and have blue or green eyes and look exactly like you. How do I separate myself? I realized it’s about training and really becoming a better actor. Whether that’s a tick or a glance or a stare or a different way of saying something. You have to make yourself memorable.

I’ve learned so much from guys like Eric [Dane]. He’s possibly the biggest role model I’ve had in my acting career. He has helped me in so many ways. On my first episode of the show, my timing was off and I couldn’t figure it out. It was just one line, but I had to turn my head back and say the line. I couldn’t figure it out and I felt like the room was getting frustrated. I was like holy shit, this is my first episode. Eric took me aside and was like, don’t worry, you’re doing fine. ‘You’re doing great. Just take a breath. Don’t worry about it and everything is going to be great.’ From then on he calmed everything down, he made me feel right at home. He’s basically been like a big brother very since. We get lunch every week.

I want to be successful. I love acting, I have a passion for acting, and I work hard at acting, but growing up, I’ve seen many actors fail just being around my father. I’ve seen so many actors be at the top of their game and fall to never recover. I don’t want that to happen to me, so i’m trying to ensure that I’ll be okay if acting doesn’t blow up.”

All photos by Jessica Chou, a Los Angeles-based photographer who’s been published in the New York Times, the Atlantic, Mashable, Billboard, Buzzfeed, among others. Find her work here. 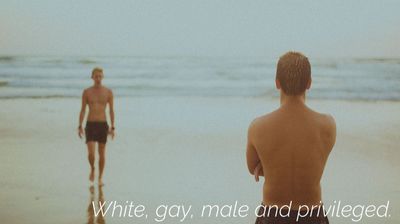 
The original beauty boy doesn’t want to be YouTube famous. 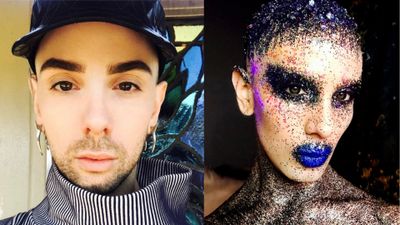