This teen is challenging masculinity with glitter

Quil Lemons turns to face the light and I’m blinded.

We’re outside and the sun has just hit the thick coating of glitter on his cheek. It shines. It scintillates.

He wears a fuzzy orange HBA bucket hat and frayed denim jorts that show off his lanky frame. Tucked under his arm is a Comme de Garçon paper bag tote, a staple of downtown kids, packed full of jars of glitter that clink together while he moves.  Although his outfit would suggest otherwise, he’s soft-spoken and shy in front of the camera when we photograph him in New York City’s Battery Park. Though slightly timid when the lens is capturing him, he comes alive at the mere mention of Prince where admiration spills from his mouth.

SEE ALSO: Why I’m not afraid to be called feminine.

“I would have loved to shoot Prince. That man was magical.He really broke the mould and honestly gave me the space and the platform to do this.”

The 20-year old photographer has made a name for himself with his Glitterboy series, in which he photographs black boys drenched in glitter in order to confront and break down harmful stereotypes about black masculinity. “I wanted to focus on black boys, I feel like black men don’t really get the space to express themselves, as easily as a white man, even with gender and sexuality, and just the role of being a man,” Quil tells Very Good Light. Recently, the series gained traction. So much so that Quil has been featured in i-D and Vogue’s Pride photo diary.

For Quil, makeup is powerful. But it wasn’t until recently that he wore makeup for the first time. It was just last fall when he dabbled with makeup at Milk Makeup’s party that everything fell into place. He had one request for the makeup artists there: “do it like Frank Ocean.”

The video for Ocean’s “Nikes” had just dropped, where the rapper is seen dusted with glitter and wearing a heavily embroidered jacket. Quil left the party with purple eyeshadow and stars stamped all over his face, posted a pic to Twitter, he says the photo went viral overnight (Quil has since deleted the account where he posted the photo).  “The reaction was polarizing,” Quil tells us. “That was one inkling, and then Frank Ocean was another. And then I just decided that I was going to do it.”

Quil describes a Glitterboy as being a person of color who can express themselves freely. “A Glitterboy is a POC because we aren’t really warranted that space,” he says. “Black boys really aren’t give that much space to shine, and that’s kinda what this is and that’s what a Glitterboy means to me”

Quil photographed his friends for the series, and was initially worried they would be uncomfortable embracing their femininity, “But they were all just like ‘its 2017, fuck it,” Quil tells Very Good Light. “I wanted to make sure it wasn’t all gay men. I wanted to have a lot of straight boys, and just making sure it was all-encompassing.” It was crucial that he created an entire spectrum of diversity when it comes to black men. It was intentional for Quil to have a range of skin tones, to have guys with beards, curly hair, or totally bald.

“I wanted to really show the different nuances of what it means to be a black boy, even though the glitter.”

Quil grew up in South Philadelphia, which he describes as conservative compared to New York.

“People don’t really get to express themselves as fully as they want to,” Quil tells us. “They have to fit into this mold and be what a black man is. You had to be a rapper, you had to play basketball, be a gangster, be standing on the corner with your boys. I’m just like, I can stand on the corner with my boys, but I was always the only one in skinny jeans.  I was just being me.”

Above all, Quil is hellbent on being 100% true to himself. His platform urges others to do so, too. “I feel like the black community has these limits on what you can do and we are honestly breaking them, showing that we don’t have to be pigeonholed into just being what society expects us to be,” Quil says.  “Honestly, I just think of how many of my friends that I grew up with have been in jail and I’m just not that. It’s just another way to show kids under me that you don’t have to be what society says you are.”

When it comes to gender identity, Quil feels terms like masculine and feminine are becoming irrelevant, yet is something that is having a harder time gaining traction when it comes to black men.

“I feel like with everything, within the past five years, with social media allowed people to connect more, and share their ideas,” Quil says. “And with Young Thug on the cover of i-D in a dress, and Jaden Smith at Louis Vuitton wearing a dress, and just having these black boys showing their bodies in that way, gave me a lot more wiggle room to have an acceptance in my art.”

But not all people have been supportive. Quil mentions that he has been overwhelmed by the support for his work, but it was always about much more than that. “I feel like art should make a person question their morals, question their perception of reality. So I didn’t give a fuck if everyone hated it,” Quil tells Very Good Light.  He explains that as long as he has made someone think, he has done his job as an artist.

At this point, a year after that first Milk party, Quil wears makeup almost daily.

“I’m out here being seen, photographed, like why not, it gives me something else to work with and pop. It helps me stand out,” he says.

His favorite products? At the moment, they include the Milk Makeup Holographic Stick in Supernova, Milk tattoo stamps, Make Up For Ever glitters and crystals and Mehron glitter.

“I shot Glitterboy with NYX because NYX’s  glitter is amazing, and so vibrant, and so strong, and yes, so cheap, ” Quil tells Very Good Light. “Shout out to NYX for a low cost glitter, and honestly my application process costs $13 (Quil also swears by the brand’s glitter primer), and it looks amazing.”

As we wrap up our talk, Quil says something poignant.

“I want to use my art and myself as a vehicle for to show the many nuances of being black, and expressing that you don’t have to be this one black boy, you can be whoever,” he says, thoughtfully. “I’m just here to shift culture and to break molds, but also just to be myself.”

A statement that seems to say it all: his future is bright. 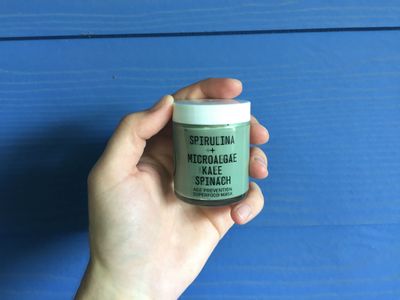 
Putting on makeup is painful for me. This is why it’s still worth it. 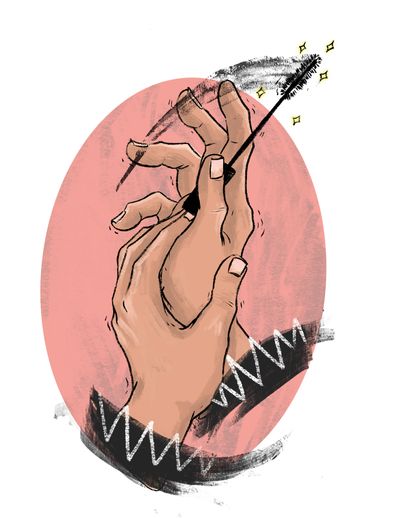