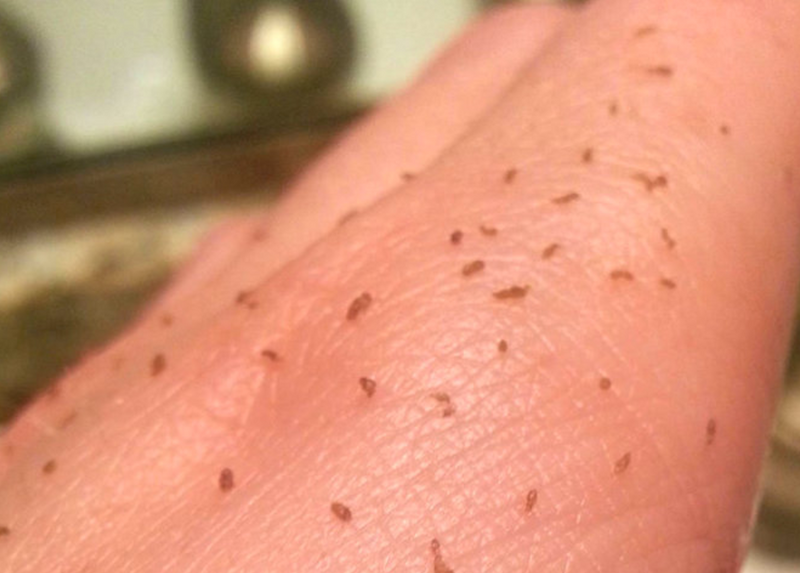 There’s a terrifying new Internet beauty trend called “skin gritting” and it claims to be the best way of removing gross blackheads from your face.

You’ve probably read about it on Reddit’s Skincare Addiction subreddit, or on Glamour, Allure, Bustle or other places that claim this is a beauty move that ~actually~ works. Apparently, I’ve been living under a rock, albeit one that’s stocked full of Dorito chips in Cooler Ranch, a super fast Wifi connection and lots and lots and lots of La Croix.

In any case, my friend Stefano, who formulates grooming products for a living, was a bit appalled that I hadn’t tried skin gritting. According to him and countless other people on the Interweb, skin gritting is the only way to effectively get rid of blackheads (just look below).

Allure  already wrote about how there are skeptics in all of this. Others have said the “grit” that people are finding is not blackheads, rather, debris, dirt, or product “pilling” over.

Being a skeptic and one to try anything, I took out my Banila oil cleanser ($19), an Urban Clay mask from Lab Series ($34) and remained, alone, locked inside a bathroom, determined to annihilate all of my blackheads. Here’s what happened:

After massaging my pores with the cleanser, I sat there contemplating a lot of important things, like, whatever happened to Justin Guarini? Would there ever be a comeback for Jojo or was she gone forever like Bow Wow formerly known as “Lil Bow Wow?” Where in the f***ing world is Paula Abdul??!

Wiping away the cleansing oil with a tissue, I then prepped my skin for the charcoal mask. I sat, in silence, zen AF, applying the sticky blue substance to my pores. Reaching Nirvana, I remained, clearheaded, finding my inner peace, and came to a resounding conclusion that completely blew my mind. The thought came to me, clear as tea spillage by Wendy Williams. Maybe – just maybe – Justin Guarini had a chance if he had debuted an album in … Russia.

After the mask dried, I rinsed it away with warm water, prepping for my final oil cleanse. Now going into war mode, I blasted Kanye West’s “Power” to get in the mood to tear s*** up. MOTHERF***ING BLACKHEADS, I declared, YOU WILL FIND YOUR DEMISE TODAY.

At first, I massaged the cleanser in really gently. Having carefully read several comments from the Skincare Addiction community, blackheads were just supposed to eventually pop out, much like Bill Maher’s casual racism. But after a few minutes and a V V V red face, nothing came out. Like, nothing.

So I started really massaging my face, getting inside the pores, feeling any bumps and trying to extract these suckers. I pressed into my nose with added pressure. Nothing. I then moved to my cheeks. Nothing. I finally got a little heated, ‘Ye’s voice mumbling something in the background, and I accidentally dug my nails into the middle of my forehead. And by accidentally, I mean intentionally, rupturing my skin, until it bled. Yes, I am human, too.

All of that work culminated into my face being extra oily (albeit clean!), me finally memorizing the last few lines of “Power,” and a face that dripped with blood from my ruptured skin. No, this method DOES NOT WORK, I declared. If anyone is reading this, I beseech you (lol @ the word beseech), DO NOT TRY THIS AT HOME. EVER. It’s a hoax.

I later laid my battled forehead on my pillow, a little Neosporin covering the blood, and Googled “Justin Guarini, where is he now?” I was surprised to learn it’s been EXACTLY 15 years since American Idol, a fact that I did not know until now (WEIRD!). Delving into Google’s black hole, Justin is apparently living his best life as a dad to adorable kids, singing for Broadway, feeding the hungry, making appearances at The Tony Awards and still, well, recording. Way to go, Justin, I muttered … mumbling to sleep, rolling onto my back, realizing that my forehead would scab over in the next day. AKA no selfies for an entire week. Lesson learned. 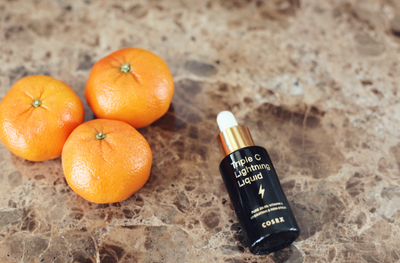 
Your acne scars will literally vanish with this one product


Is this summer’s best sunscreen? 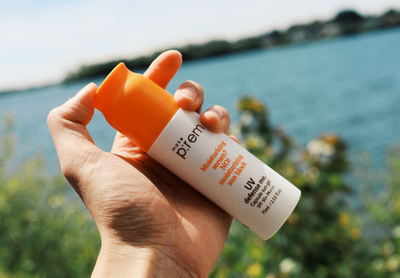