In May, the new men’s apparel brand, RompHim, made a huge stir on the Interwebs. The Kickstarter campaign, full of colorful rompers for men only, touted the jumpsuit style for guys only, with a handful of men proudly posing with their own RompHims in tow. It might have been a marketing ploy, albeit genius, but it quickly caught on the Interwebs and became the biggest trending story for the week.

But the broader conversation quickly turned to body positivity and masculinity. Some outlets, like Esquire, blatantly shamed the clothing with their story, “The bro romper exists and I don’t want to live on this planet anymore,” while others called how fragile masculinity is, like an article from the Huffington Post. In one of its articles, the author pointed out how men had to change the name of a romper altogether to “alleviate the anxiety of appearing feminine.”

Whether or not that’s true, it goes back to the notion of how masculinity is fraught. Men are expected to be a hypermasculine version of themselves, free of emotions or any aspects that are outside of the heteronormative box. But where do they find confidence in a world that pokes fun at masculinity, of men who look a certain way? If we as men are to find confidence in ourselves, where do we find it in a culture that downplays the importance of guys, too, needing empowerment?

Enter Kelvin Davis, a style blogger, men’s body positivity activist and teacher, who’s become the symbol of inclusivity. Kelvin, who lives in Columbia, South Carolina, was recently thrust into the national spotlight after American Eagle’s men’s body positivity underwear campaign. Launched in April of 2016, the brand photographed a few men in nothing but their underwear. “The real you is sexy,” it touted. The beautiful spread had shirtless men of all sizes, doing domestic tasks. It was a compelling ad campaign for the brand’s Aerie line, one that’s been soaring in sales thanks to its no-Photoshop politics.

The only problem? “It wasn’t a real ad.”

On the day the brand announced it was an April Fool’s prank, Kelvin was as mystified as everyone else online. “I was embarrassed and more than anything else, felt that I was responsible for letting down so many people who follow me for finding empowerment.”

We’re sitting inside his beautiful home in Columbia, where two of energetic his daughters are running about, playing dress up and being super cute. Kelvin, who married his college sweetheart who he met at the University of South Carolina, tied the knot in 2012 at a young age.

“My body type was not accepted, ever.”

“After marriage, everything just clicked,” Kelvin says to Very Good Light. “She loves me for everything that I am, not everything I am not or what society wants me to be. Being feminine isn’t staying home and cooking. Being a man isn’t changing tires and lifting weights or building houses.”

“There’s this false expectation of what a black man should look like. You have to be this 6’3″ basketball guy like Lebron James and jacked out of your mind.”

It wasn’t always the case, Kelvin says. Growing up with a fuller body made him realize just how different he was from the traditional definition of male beauty. “My body type was not accepted, ever,” he says. “I was teased for being husky. In middle school, kids are cruel. I was definitely chunky. I exercised but didn’t lift weights or anything. Kids used to tell me to wear a bra.”

After adolescence is when he had to confront his body again. “I felt like a lot of the females I was attracted to had this false expectation of what a black man should look like. You have to be this 6’3″ basketball guy like Lebron James and jacked out of your mind.”

It didn’t help that clothing didn’t seem to fit. Being a stylish guy since he was younger, he didn’t have too many choices when it came to fashionable clothing. “I would try to wear clothes but my size wouldn’t let me,” he says.

An experience shopping at Express with one of his best friends became an emotional experience. He was shopping with his best friend, Adam, who is tall, slender and can easily find clothing that fits him. Both saw a fire red blazer that Kelvin remembers he needed. He immediately asked if they had a bigger size to fit him. “There definitely isn’t any more sizes, sorry,” an employee told him. “Your shoulders are arms may be a little too big.”

That’s when his blog, Notoriously Dapper, came together. It seemed to click, just as seamlessly as his marriage did. “There wasn’t a body positive fashion blog out there, one that talks about societal standards or bodies in general,” he says. “Women talk about it all the time but it’s so stigmatized by guys.”

When he first started the blog, he admits, a lot of guys didn’t like it. “They didn’t know what body positive men’s style was,” he says. “‘Why don’t you just go to the gym?’ ‘Stop eating fries?’ ‘Stop complaining and changing,'” he says the comments read. “It’s not about that. It’s about wanting to feel accepted for who you are.” Guys reactions may have been lukewarm at first, but he gained a following from women.

One was Tess Holiday, an outspoken plus-sized model, who DMed him one day.

“She said she loved everything I was doing and looking for a guy to help with beauty standards,” he says. “She then included me on her Instagram platform, @effyourbeautystandards. That gave me an entirely bigger body positive community to interact with. Men weren’t accepted until Tess put me onto it.”

Kelvin says he’s rethinking his own body. “We are made perfectly imperfect,” he says. “My stretch marks on my shoulders, my stomach aren’t going anywhere. They’re my lightning strikes, tiger stripes.”

With so much accomplished, Kelvin’s now putting finishing touches to the book to present to the world. “When I started this whole blog thing I never thought it would touch any body. It’s surreal. I feel like I want to cry. Now I’m writing a book for guys who need empowerment and that to me, is so gratifying.” 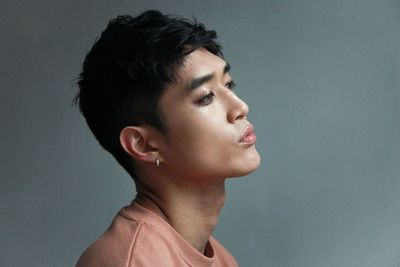 
5 ways that you, yes you, can try blush 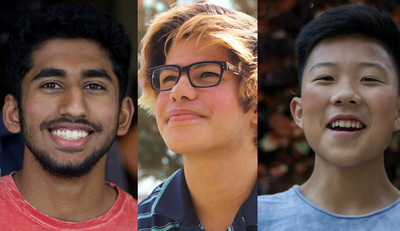