The inspiration behind this teen’s stunning photographs is powerful.

Inspirational teens. They’re everywhere. They’re pushing culture forward and changing the world for the better. Want to nominate yourself or someone else? Contact us at info@verygoodlight.com.

He’s called “The Last Light Bender,” and his photos on Instagram will tell you why.

They’re bright, with a mix of purples, pinks, blues shot almost as if they were taken from an anime series. Whether it’s with girls or guys, his photos are uniquely his. The photos with its distinct aesthetic belong to 18-year old Josh Castillon, better known as “Castillonaire” on Instagram where he has close to 10,000 followers. That’s because part of his digital magic includes using refraction from a crystal prism to create his artwork. It’s a method that produces beautiful, colorful, dream images. It’s no wonder then, that he’s a wunderkind by any definition, celebrated by the social media community.

SEE ALSO: How a teen went from being homeless to photographing famous people

Though his photographs are loud, bright, powerful, you’d never know it was from Josh. I’m sitting with him on a cold winter afternoon and he’s unassuming. He’s reserved as he sits down in a corner, sipping his favorite Starbucks Chai tea latte. But when he engages in a conversation, especially photography, his eyes, like his artwork, light up.

Born in the Philippines, he and his parents traveled half the world, leaving everything behind in order to live the American Dream. Despite growing up in the United States, he never forgot his humble beginnings. “My parents never stopped reminding me where they came from so that motivates me more to strive for success,” he says. “When my parents and I got nationalized, it was the happiest day for the whole family.”

Life wasn’t always easy. When he was young, he had a learning disability that made it difficult to adapt to the American education system. “My parents supported me and sent me to different programs to cope up with my learning disability while working on very menial jobs.” They made sure that he received all the help he needed.

This is a sad truth in the entertainment industry of Philippines where dark skin is ridiculed and frowned upon.

On top of that, he had to overcome bullying, which wasn’t unlike his experience growing up in the Philippines. There, he was labeled the skinny, dark Asian kid. As a child, Josh was exposed to the popular media where melanin-rich skin was portrayed as undesirable. “It affected me so much because I thought I was a [villain] because of my skin color,” he says.

This is a sad truth in the entertainment industry of Philippines where dark skin is ridiculed and frowned upon. Skin lightening creams are growing in popularity in the beauty market as a result of hundreds of years of colonization. The standard of beauty there, is based on a Western aesthetic. As a result, Josh used whitening products to fit in.

Overcoming this ordeal is the inspiration behind the kind of models he collaborates with. He first used his friends as models before he worked with major influencers. When asked about the theme on his feed, he says that he loves to collaborate with those from diverse backgrounds. “I love to shoot people with color who embody the downtown vibe,” he tells us. He believes that all races are beautiful and it shows in his photographs.

These roles have helped him become more impassioned with fighting for injustices in the post-Trump era. He is a critic of Trump’s immigration policies especially since he is an immigrant himself. “As a photographer, I want to be an instrument of change,” he says.

A few months ago, when Trump announced his plans of building a wall between the United States and Mexico, he witnessed a protest organized at Jackson Heights in Queens. Since he always has his camera with him, he put it out and started taking photos. He captured a great narrative in history through his lens of how people from different walks of life, colors and genders stood up for the rights of immigrants. At that moment, he knew his role in life was clear: To fight for those who are marginalized, finding very good light and inspiring others through photography

There’s a long way to go but for Josh but he is already impacting others through his genuine contribution in the digital world. He says that passion is an important element of any success and self-projection comes next. But you can’t do this if you don’t hustle. More so, without passion to change the world.


Everything you’ve heard about treating acne is wrong.


This teenage transgender wrestler is fighting for more. 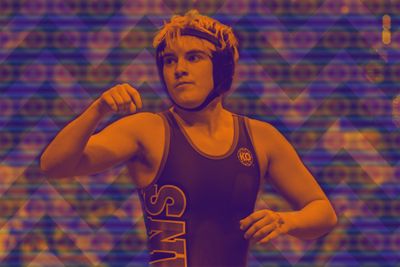