I have to wear special glasses because of my iPhone addiction 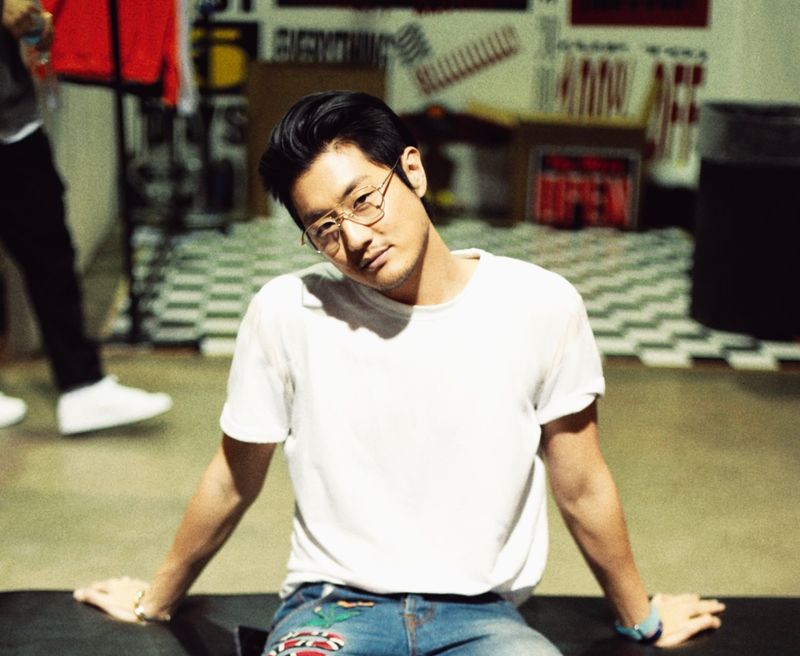 Yes, it happened to me. (Photo by Bukunmi Grace/Very Good Light)

There are plenty of everyday things that can make you go blind.

Like accidentally sneezing into a butterknife. Or somehow mistaking gasoline for eye drops. Getting so angry at this season of Celebrity Apprentice your eyeballs naturally implode. Your frigging iPhone.

The latter started happening to me.

It was during the holiday season that I woke up one day with super dry eyes. So dry in fact, it almost felt like my eyes were being sprinkled with sand. Forget checking Instagram or Snapping another ratchet video of me dancing in front of my mirror. The light from my phone alone made me wince out loud to the point that whenever I received a text message, I threw the device across the kitchen counter faster than you could say “Naomi Campbell.”

I’d never felt such eye strain before – throbbing, piercing, fatigued – almost as if they did an entire WOD at Crossfit after a month of not working out. What was going on?

My eyeballs. Why were they acting out like prepubescent teens whose hormones needed to CALM TF DOWN IMMEDIATELY? It was only after a quick Google search that I identified that my symptoms matched that of a new-ish phenomena that’s becoming increasingly diagnosed to young people. It’s called Computer Vision Syndrome and it comes from focusing on the computer, phone or any electronic screen for long, uninterrupted periods. AKA being addicted to your iPhone. Egads. If there ever was a tangible, negative impact of using technology too frequently, obviously this was it. The full list of symptoms include:

Basically, everything I was experiencing. To see if this diagnosis was correct, I hit up my friend, Dr. Eurri Choi, who’s been an optometrist in Los Angeles since 2014. After asking me about my symptoms and going through the list, she confirmed what I’d already suspected. Indeed, I had CVS. Indeed, I was being shamed for being on my iPhone at all times of life. But according to her, I was far from alone

“These days, we get a lot more patients coming in complaining about tired eyes, blurry vision and higher incidents of dry eyes,” she tells me. “A lot more children are coming into my practice because of eye strain. They tell me that it’s now required to be on a computer for many hours in a day. There’s definitely been a spike in Computer Vision Syndrome in the past year and it’s only getting more pervasive.”

Which would be fine if there were no long term effects. But the underlying cause comes from blue light, a type of UV light that can cause permanent damage to your vision. “It harms the retina tissue and the lens,” she says. “This ultimately ages your eyes faster and cause cataracts.” That is, clouding of your eyes, something that people usually get over the age of 60.

The reason for the dry eyes, she explains, comes from the fact that there’s a reduced blink rate when we look at a phone or are on a computer. “There have been studies where they find that we’re so fixated on our screens that we’re not blinking as much,” she says. “This leads to your eyes getting less lubricated from tears. And tears are important because they have antibodies that protect you from infections. It’s best if you rest your eyes. That’s the only solution to strained eyes – getting off technology.”

It would be find to completely cut off technology, I’d welcome that. But what’s a person to do, like me, when that’s completely not possible?

“If you can’t be away from your computer, take frequent breaks,” she says. Break your eye posture by doing the 20/20/20 exercise. That is, every 20 minutes, look 20 feet away for 20 seconds. “It will readjust your eyes and give it a break.”

A warm compress will help with lubricating the eyes, Dr. Choi says. “That’s because it’ll help your eyelid oils naturally reproduce, which help lubricate the eyes.” That, and it will force you to take a break away from the computer.

“I do not recommend Visine or Clear Eyes,” she says. “Both of those products are used more for cosmetic reasons. It gets the white out quickly but over time, will dry out your eyes and produce more red.” Instead, get artificial tears. If you want something that lasts longer, get a gel.

If all else fails, get some computer glasses (or quit Instagram – we kid)

That’s blue light blocking glasses. They’re specially coated with a lens that blocks out the harmful blue light that causes eye strain. “It’s basically a filter that blocks out that certain wave length,” says Dr. Choi. “It really does work and reduces eye strain. It’s what I prescribe to my patients. It’s also something we’re going to see more of us wearing in the future.”

Since, I’ve ordered my own geeky blue light blocking shades. They’re non-prescription glasses but have a blue filter coated so that the blue light is blocked. I haven’t minded wearing them outside my office either, as they’re good for when I am checking my email or socials on the go (which is like, constant), and the fact that they make me look 10% smarter (lol no they don’t).

So far, for the past two weeks anyway, it seems like my eyes are getting better. No more morning headaches! No more dry eyes! No more pain! It’s been a sobering lesson and a good reminder that I need to take care of my eyes just as I would any other part of the body. Just as you wouldn’t over exert your biceps with curls (and if you do maybe stop?), don’t over stimulate your eyeballs by forcing them to read every single article on your phone before bed. It’s also good to practice being a real human-being and watching birds fly, the snow fall, the sunrise, the sunset. And when that gets boring after all of 3 minutes, you can switch back to your Snapchat feed. Or Instagram. Or both. At the same damn time. Because when you have blue light blocking shades, the (online) world is your oyster. 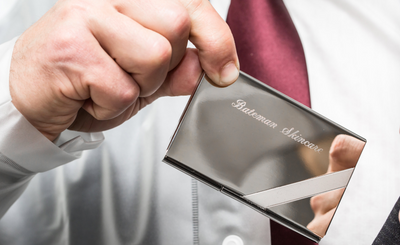 
Here’s how to get Ryan Reynolds’ Golden Globes 2017 hair 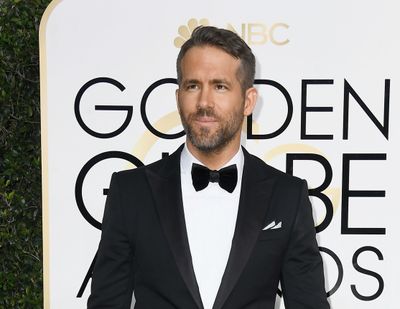 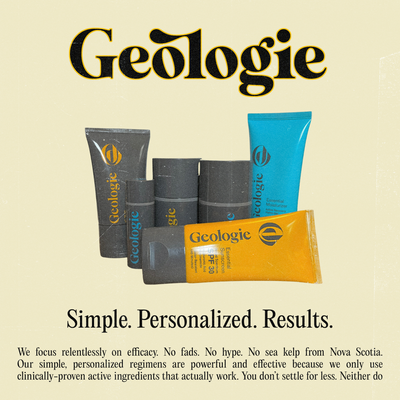 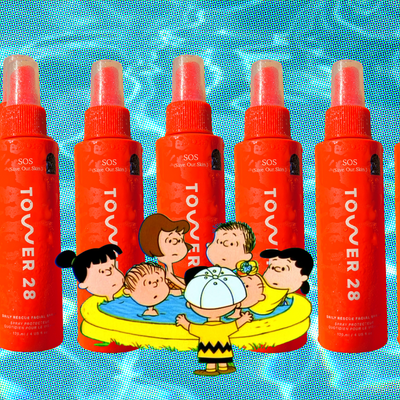 Tower 28’s SOS Daily Rescue Facial Spray does it all 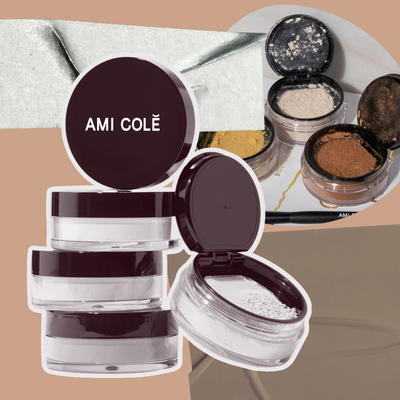 The best setting powder also happens to be talc-free 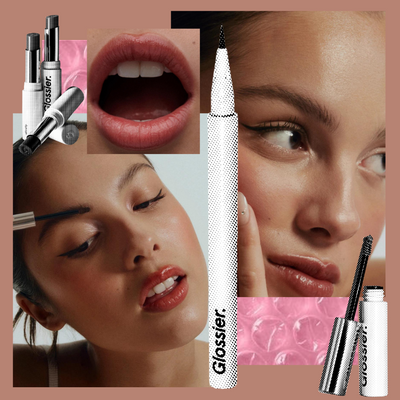 Olivia Rodrigo is the new face of Glossier 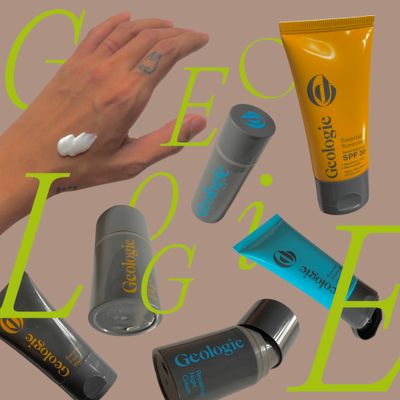 Everything you need to start a skincare wardrobe