I am non-binary, and I am beautiful

Beauty is in the eye of the beholder, and we talked to four nonbinary folx to find out just how how true this quote is.

Being non-binary is complicated, and yet, one of the most euphoric feelings I have ever known.

It is not an identity wherein society has labeled me but a messy array of all the personal and special experiences in life that I have chosen to identify with myself. It is mine. Still, I believe I am ever-changing and that I’ll never have a proper definition of who I may be, and I am content with that.

The most beautiful thing of all? There is no formula to being non-binary, but it is up to you how you define being one, and you always end up being beautiful, just as you are.

And, there is no better group of people to talk about this than NB folx themselves! We spoke with four NB folx about their identity and non-binary beauty. We were eager to listen to their stories and more. Thank you to everyone who contributed.

“Stepping outside of traditional boundaries makes me feel beautiful, and I always feel the most beautiful once I have accomplished something creatively, regardless of my outward appearance.”

“I like to play with more controversial or ‘out-there’ subjects and explore the boundaries of what beauty can be, and it personally makes me feel much more beautiful than simply conforming to the already set standard. In terms of just ‘feeling’ beautiful, I always feel my best when I’m creating. There’s a definite beauty and sense of empowerment in being able to create something from scratch.

The non-conformity in being non-binary is what I think makes it so powerful. The concept of being non-binary is something that has existed in many cultures throughout history, and being able to connect to that in a modern society that has tried to ignore NB is very powerful. I do personally find a huge sense of empowerment just from knowing who I am — I’m aware I’m not a woman, and I’m not a man, and I exist outside of those set rules and just being able to confidently express my gender identity and presentation with full authenticity has improved my self-view. Especially when I compare myself to how I was when I was trying to conform to a gender that didn’t represent me, I’m so much happier to be non-binary, and that contentment and peace of knowing is in itself incredibly powerful.

A common misconception about being non-binary is that you have to be entirely androgynous to be non-binary. That’s a complete myth. Diluting the concept of being non-binary to fit into the gender binary absolutely defeats the point of the label. The way I view my perception of NB is much closer to gender fluidity. I’m happy exploring my presentation with a more feminine appearance one day and a more masculine fit the next. Being non-binary is about freedom from a system that feels restrictive, and pushing the idea of complete androgyny on people who are non-binary removes that freedom.

When I identified as a woman, I was extremely self-conscious. I hated a lot of my natural features and couldn’t work out why I didn’t feel ‘right’ or beautiful. There’s an extreme amount of pressure on women and girls to look and dress a certain way, and I didn’t feel in control of my own identity as I was spending so much of my time trying to ‘fit’ into what I had been told a woman was. I dreaded going on nights out, and it would take me hours to get ready because I had no self-confidence; I was trying to push womanhood on myself. I used to wear very feminine and revealing clothes and wear a full face of makeup every single time I left my house, trying to compensate for how ‘un-womanly’ I felt.

I thought that my natural lean towards masculinity and gender-fluidity was ugly and was something I needed to hide or else I’d be perceived as unattractive. When I started to realize I was non-binary I instantly became more confident. I have broad shoulders and deep-set eyes, and I have a lot of scars - I used to hate these things about myself, and now I find beauty in them. I don’t feel any need to put makeup on anymore. I wear what I want whenever I feel like it just for fun/expression. Beauty now feels like less of an unattainable standard and much more like an internal concept.

I find that my gender identity and my sexual identity are linked. I was closeted for the majority of my life and came to the realization that I was gay and non-binary at almost exactly the same time. Since coming out and finally being able to live genuinely, I just feel so much happier in myself. I am able to express and explore my sexuality so much more confidently knowing that I’m doing so as a non-binary person and not as a woman. If I still felt that pressure to present and behave as a female, I don’t think I’d feel as confident in my sexuality. Even my art and my work are linked to my perception of the horror genre and of art through being non-binary. Overall I think so much of my life, my career, my sexuality, my sense of direction and self, revolve around the confidence that being non-binary gives me.”

“I feel more limitless and carefree when it comes to self-expression.”

“I am my own version of beautiful! I can be my most authentic self without being bothered by the binary’s standards. Having the authority to yourself at making such big decision [to transition], which we all know is not easy considering the conservative culture this country has, is already a power move to me. Being non-binary blurs the line between the social responsibilities of a man and a woman in which many years of cis-heteronormativity imposed.

A common misconception about us is we owe androgyny to everyone. They expect us to be beautiful in both masculine and feminine ways, which the concept of being non-binary opposes. It’s always ‘omg you’re handsome as a boy, and pretty as a girl,’ but not ‘oh, you’re beautiful’ in the most general perception. Younger people in my time were molded into what’s supposed to look good on boys and girls. What I learned so much about being non-binary is that we can create our own idea of what’s beautiful regardless of gender as a factor.

The special thing about being non-binary is that I choose how I express myself. I can grow my hair whenever I want. I can wear clothes that feel gender euphoric to me. I have the ability to possess things, no matter if it’s a boy or girl thing. I am happier with what I see in front of the mirror. Generally speaking, I feel special for setting my own rules, my own fantasy and reality.”

“Identifying as non-binary felt as though I was breathing for the first time.”

“Joy makes me feel beautiful. When I feel positive and happy internally, it shows externally. The freedom of being able to be you is powerful, no matter how you identify. But, the feeling of being non-binary has personally made me feel so strong.

My identity being non-binary, I don’t owe anyone androgyny. I feel as though many people expect me to present, and look like an androgynous human. It’s that projection and perception that is confusing for people when they see me.

After growing into my identity my perception of beauty definitely changed, but not in a negative way — in a way that somehow validated what I already knew… that connecting with who I was deeply, internally, is the most beautiful thing of all. Feeling the glow of knowing who I am and being able to live my life openly in my identity shows in my energy, my smile, my face. I just want that for any and everyone. I want everyone to feel that self-love. The authenticity in the discovery of self-love is beauty to me.

Realizing who I was made me feel free. Spending a huge portion of my youth confused and uncomfortable with the labels I had and how I was perceived literally felt like drowning. I knew I was not comfortable in my body and the labels given to me, but I didn’t feel connected to any binary or anything at all. I feel like I’m still on a journey of who I am. That discovery never ends but being non-binary has felt like home for me.”

“I feel beautiful when I give myself what I want.”

“Being non-binary is powerful because it’s proof that things can be otherwise. At a lecture or a forum (I forgot what exactly it was), [American activist] Angela Davis recounted how the trans community is challenging what is perceived to be ‘normal.’ If we challenge the gender binary, we can challenge every other oppressive, violent framework that we find ourselves living in.

A common misconception about being non-binary is that it’s a monolith and that it’s a fixed point. Not all non-binary or trans people share the same experience. There is no one experience. There are many complex, frustrating, messy, and joyful ways to be trans. The way I thought about and experienced my gender, say, last year, is astronomically different from how I think about and experience it today. I think that in general — especially in popular media and culture — there is an expectation for queer people to label themselves to be referred to more easily or to be able to fit into certain communities or narratives more smoothly. I’d argue that the push for individualism or tribalism for micro-identities is regressive and an antithesis to being queer. Despite having disparate, individual experiences, that makes the community stronger because we accept each other as distinct, as other. It’s important to embrace always questioning yourself. I do believe that being non-binary/trans/queer (I use those terms interchangeably to refer to myself) is not an adjective; it’s a verb.

The way I saw beauty changed when I identified as non-binary, but it’s a constant learning experience. I’ve had to train myself to unlearn a lot of things. Not just in terms of visual beauty standards, but also in terms of signs. When I was a teenager that still ID’d as cis, reinforcing and signaling my femininity fed into a cycle of intense shame and hyperawareness that I only realized and came to terms with very recently! I still present pretty femme, but to me, it’s no longer to signal femininity, girlhood, or womanhood. It’s because I’m doing it not out of pressure, but because I know that now, it means something else to me because I own it.

Identifying as non-binary has given me a framework that helps me understand both myself and my environment better. Specifically, I understand myself as someone that’s ever-changing, someone that doesn’t need to make excuses or justify anything. It’s allowed for a lot more space for self-forgiveness, and that extends to being a lot more empathetic, patient, and open-minded to what’s around me. I feel better about myself when I allow myself to be a part of the world and not shy away from it. But still on my own, queer terms.” 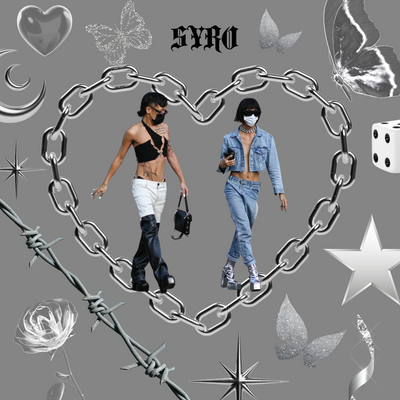 
To be a youth: Gen Z and its relationship to activism 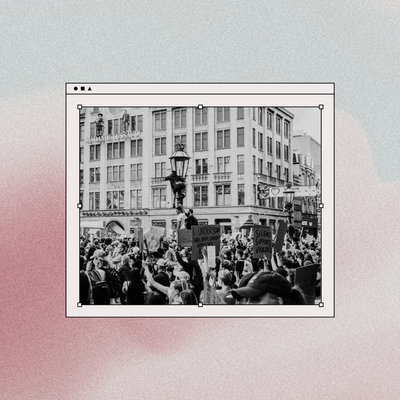