Should I Get a Zoom Wig?

One writer falls wig-first off the deep end.

Of the endless list of things that haunt me, Wendy Williams’ Pool Wig has easily been the most relentless.

I dug around for hours trying to find the clip, to no avail. So I'll just describe it to you. Maybe 10 or 12 years ago, there was a behind-the-scene segment in which the talk show host declares that she has a wig that she exclusively dons poolside. It is a bicep-grazing unit, colored in a bright Elizabeth Holmes shade. It was created to wear exclusively in or by the pool, with large sunglasses and Candy Yum Yum by MAC — a nearly neon pink that you don’t typically associate with or find in nature. At it's core, it was theatre.

I can’t say that I model very much, if any, of myself after her, but this concept has stuck with me for the better part of a decade. Situation Wigs are a brilliant concept: Bodega Wig, Gas Station Wig, Thriller Wig. Black women have known this all of eternity. I even have a friend who had a wig that she would only wear to class while getting her Master’s degree. I called it her Higher Education Wig.

By now, we all know the tired, uninteresting trope: no one wants to wear pants in the age of remote working. We’re all just Porky Pigging it. What I don’t think enough people talk about is that I also don’t feel like having to shave or do my hair. All that grooming has always felt like a lot of work for such a short amount of time, when the only person who sees me in real life is my dog, who is running around naked, anyway. That’s when I began to wonder: Should I get a Zoom Wig?

In theory, this would be a wig that approximates my natural hair. The Zoom Wig would set it into a style that remains in perpetuity, covering my unwashed hair that has taken on an exciting shape due to the way I sleep. Just imagine the benefits! I wouldn’t have to wash, blowdry, style, or even think about my biological hair. Just throw on my hair hat and click “join meeting”!

It could be the next step in our cultural evolution. Think about it — some college graduates of the class of 2019 potentially would have never stepped foot in a physical office. Suppose this is the only reality they have faced. In that case, there could very well be an entire generation that has heard about corporate fixtures (uniforms, water coolers, and the art of memorizing people’s shoes, so you know who is pooping in the nearby stall) through second-hand sources — never first hand. And there’s a solid chance that this is how it remains! Grimly, I’ve been keeping a close eye on the looming next wave of COVID. If you haven’t, the short version is this: it’s coming.

Maybe this is the future Zuckerberg has had in mind for us all along. (While I’m not sure what the Metaverse is — the less I know, the better — I know it has something to do with Oculus Rift? Why does everything need to be a universe these days? Rollercoaster Tycoon never rebranded their long-ass loading screens as The TycoonVerse.)

In our new virtual work environment, there are many similarities to theatre: the staging of the shot, the careful lighting design, and exaggerated reactions to make sure your gestures are seen from the cheap seats. It only makes sense that costume and hair design are one day factored into the equation. Until then, my wig and I will be waiting in the wings. 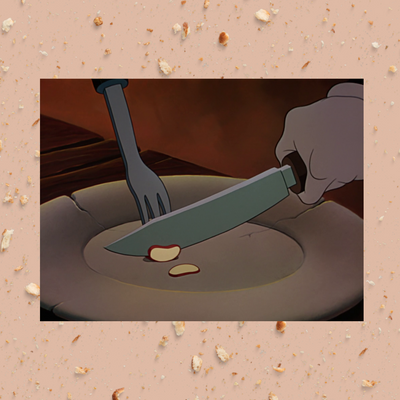 
Warren Egypt Franklin is bringing genderfluidity to your TV