It’s true: a great hairstyle can either make or break a look.

When it comes to onscreen wigs and hairstyling, three-time Emmy-winning hairstylist Chris Clark is the best in the business. From “The Assassination of Gianni Versace” to “The People v. O. J. Simpson” to “Ratched,” Chris Clark has taken viewers into another time and place through the power of hair. His work is so precise that he dares to never “watch a wig walk through a scene,” as the hair is only but a piece of a puzzle that can pull a whole Hollywood production together.

SEE ALSO: Self-love activist and creative genius @okdeon on coming out, representation, and falling in love with himself

After swooning over the intricate styles of Nurse Ratched played by Sarah Paulson from the Netflix series by Ryan Murphy, I had to know more about who was behind these iconic hairstyles. Surprisingly enough, I discovered that each unique hairstyle featured in the series was in fact a wig created by Chris Clark. Although Chris himself doesn’t play a lead role, it’s his creative talents that take center stage and make us believe we’re really in a new time period. Very Good Light spoke to Chris about his incredibly thorough research process and some of his most iconic works.

On discovering the art of wig styling

Before we dive into the creative process behind Hollywood’s most memorable hairstyles, I wanted to step back in time, as Chris’s work so often does, and rewind to his first experience with wigs. Chris first found wigs when he became a part of his college’s theater costume department during their production of “Little Shop of Horrors.”

“The first wig I ever styled was for one of the Doo-Wop girls and I was hooked. It was a big 1960s bubble hairstyle and I fell in love,” says Chris Clark to Very Good Light.

From then on, Chris moved up the ranks from student productions to regional theater, Broadway, and eventually, film and TV, where he now works with Hollywood’s most powerful directors – notably Ryan Murphy.

On his creative process

In Chris’ recent work for “Ratched,” he takes us back to the late 1940s when victory curls were all the rage. The preparation for such a major production from a specific time period is just as important as the final result.

“My creative process always starts with the story,” says Chris. “Who are these folks, and what world are they living in? What tools do they have access to in regards to their personal grooming? What would a typical morning for them look like?”

This immersive creative process allows Chris to take into account the lifestyle of the characters that are being played in a specific time period, which helps the actors appear more believable in their roles.

“I try to learn everything about the time period, the location, and the ways hair was dressed. Sometimes I am focusing on recreating a real person in a moment of time, or using a time period to create a feel that is a part of the overall storytelling,” says Chris.

Chris worked on two stories for the television show “American Crime Story.” In “The Assassination of Gianni Versace” and “The People v. O.J. Simpson,” Chris performed his wig magic to transform the looks of Penélope Cruz and Sarah Paulson, among others.

In “The People v. O.J. Simpson,” Sarah Paulson plays American prosecutor Marcia Clark, whose hair in real life played a pivotal role in the media coverage of the trial at the time. “We used four wigs to tell her story, with one episode really focused on a hair transformation that was deeply ridiculed and showed a bit of the trauma Marcia went through during the trial,” says Chris discussing his work in the series.

In the role of Marcia Clark, Chris tried to steer clear of “having a wig walk through a scene,” as his work must remain subtle and blend into the storytelling. “That show had tons of wigs that helped our actors look like the real folks they were playing, but [the wig] was never the main driving force of a look. It’s always a team effect with makeup, costuming, and the art department,” says Chris.

Wig styling from then to now

Chris’ wig work can also be seen on the Netflix series “Pose,” where he styles the wigs of multiple stars who frequent the ballroom scene in New York during the 1980s. In this series, we can find Chris dabble into more afro, piled high and abstract styles. Ryan Murphy keeps Chris Clark busy, also tapping him to perfect the hair of Nick Jonas in “Scream Queens” and Ben Platt in “The Politician.” These opportunities really prove the range and depth that Chris has, from 1940’s structured styles to modern-day pompadours.

Although Chris has had his hands in what seems like every time period of hair for both men and women, he definitely has his favorites. “Give me late 1960’s, and the 1980’s and I am in heaven,” says Chris.

Quarantine has definitely shifted the culture, whether you believe it to be a good thing or a bad thing. As sweat pants replaced real pants, no makeup became the norm, and hairstyling all but fell by the wayside, if there’s anyone who knows where the future of hairstyling trends are heading, it’s Chris.

“I think it will depend on the vaccine rates, and the possibility of travel again. Will it stay more relaxed as folks work more from home, or will it swing into a new structured shape rejecting the months and months of top knots and shaggy overgrown hair? [Only] time will tell.” 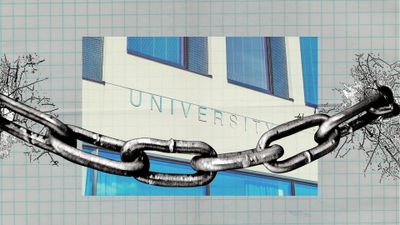 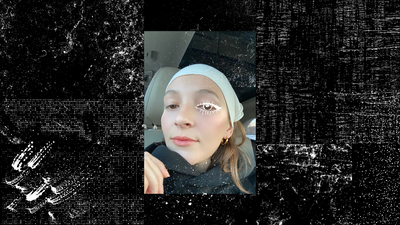