A woman is a body: How religion impacted the way I saw myself

My body has never belonged to me.

Putting it that way sounds dramatic, but that’s exactly what I was told growing up — my body was God’s.

I learned this lesson from such a young age, I don’t think it ever came as new information. It had been as intrinsic as my own name, repeated to me in Sunday sermons and girl’s bible studies at my Lutheran school until it was part of me. My body was a temple; it was God’s. I’d been created in His image, so I was perfect as I was. They told me that the way I looked was the least important thing about me.

For a while, I believed them. What a relief that was. Not thinking about my body meant I could focus on more important things — learning all of Hilary Duff’s lines in A Cinderella Story, convincing my mom to let me stop going to summer camp, keeping my sister from stealing my Justice camis. Much worthier endeavors.

There’s a certain peace that comes with believing your body is nothing more than a temporary vessel for a permanent soul. As a girl, I hardly ever thought of my body as anything more than a way to move from place to place. It had no other bearing on my meaning as a person. My body being unimportant might have been a good thing had it been the truth. It wasn’t, though. (But you probably saw that coming.)

When I was fourteen, my history teacher pulled me aside in the lunchroom to tell me my skirt was too short and that my mom needed to buy me a new one. My dad gave me a purity ring for my thirteenth birthday and with it, a silent reminder of my value to the world. The first time I was catcalled, I was wearing a blue polka-dotted skirt from Abercrombie. I was twelve.

In every way that I existed, suddenly my body had become the focus. What I wore on it, what I did with it. What I looked like was all that mattered. This hyperfocus came seemingly out of nowhere, so what had changed?

My body wasn’t mine, but it turned out, it wasn’t God’s either. I was everyone else’s.

Objectification sounded like too big a word for what I went through that I’d never thought it applied to me. That’s exactly the problem, though. Objectification doesn’t come from enormous moments alone — it builds off of the little ones into something bigger, like a single thread amounting into a blue polka-dotted skirt. Those days, I used to pray to be skinnier. Of all of the things to ask of a higher being, losing weight was the wish that came up most often. If I were just a bit thinner, then I could actually focus on the things that mattered again. Being kind, smart, and funny.

To be a woman is to be a body.

So, in growing up, in becoming a woman, I lost myself and any meaning I’d had before. If the church was right, and my body wasn’t mine but simultaneously all I was, I couldn’t figure out what that meant for me. My experience isn’t original. All women are familiar with catcalls and insecurity and that overwhelming, everchanging ideal of female perfection. Religion, however, came with an added bonus — having a woman’s body felt like a sin.

There’s an old quote from an old theologian that sums it up neatly: “Every woman should be filled with shame by the thought that she is a woman.”

The boys I went to church and school with would never understand that feeling. How could they? From childhood, they’d been taught to be leaders, providers, protectors. We were our bodies, but they were their minds. It had been Eve who’d cursed humanity for the taste of knowledge after all.

There were many reasons for me to leave behind religion as I’d known it, and none of them really had to do with whether or not I believed in a higher being. Leaving was about control, my own authority over my life, my decisions, my body. It was about how religion had made me feel — never quite good enough.

I had existed too much for the world around me, it felt. I’d been too loud, too emotional, too obsessed with One Direction. There was too much of me, so maybe if physically there were even less, I’d be more palatable. But, no matter how far I’d pull myself away from the church, I couldn’t stop wanting my body to go away. I wanted to disappear.

One moment, in particular, comes to mind. I’d probably eaten too little and worked out too much, and I’d looked at myself in the mirror (always a dangerous choice). With heavy breaths in and out, tears stinging my eyes, and a search for something kind to tell myself, the thought came unbidden: “Your body is the least important thing about you.”

It was reflexive, that phrase. I longed for it to be true, but I knew it wasn’t. It hadn’t been since I was ten years old. That was the most painful thing of all. I’d grown up, gained a body, and lost my meaning.

I thought it would be hard, but leaving the religious echo chamber I’d called home felt more natural than anything else I’d ever done. I still struggled. I’d still see Instagram posts of girls in bikinis on beaches, and I’d still go look in the mirror to compare.

I look back to when I had a snaggletooth, no eyebrows, and red rectangular glasses, and I wish for that girl to come back. The one with bright eyes who believed she’d win American Idol one day, who never questioned herself after making a joke, who didn’t flinch at the word “calorie.” She was so young but so sure of herself.

That’s what I’m searching for: a life where my body really is the least important thing about me.

(A reminder to my mom, who reads everything I write: You’re everything good that I am. Love you forever.) 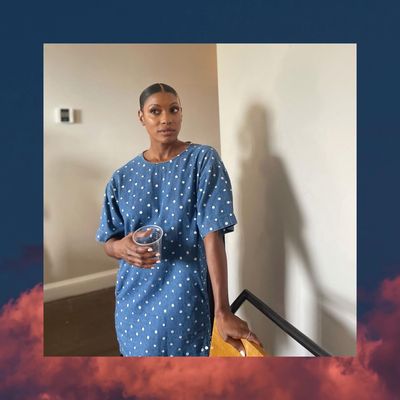 
A Friday Night with Simone Oliver


Jelly nails are back (again!) 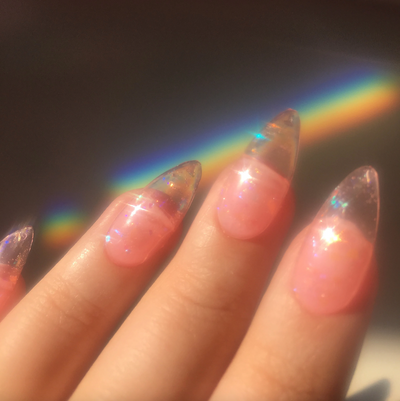