Josh Liu, the hairstylist behind the world’s most iconic ponytail, unravels his identity 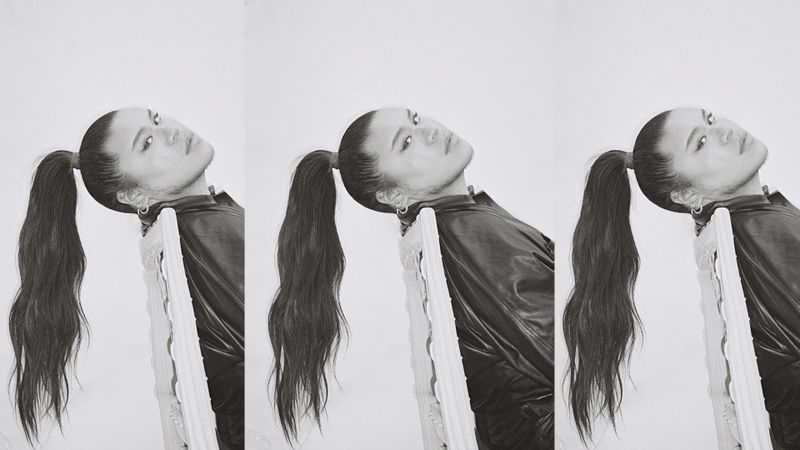 As far as we can tell, hairstylist Josh Liu invented the snatched ponytail.

When he’s not touring the globe with Ariana Grande and snatching ponytails for the world’s most famous stars, he’s building a hairstyling empire with his newly launched accessories brand, Utiles Beauty.

Debuting with The Hairtie, a critical component of the world-renowned ponytail he coined, these hair ties have passed the Grande test. Available in a diverse array of four shades from blonde to black, The Hairtie works on all hair types and textures. It’s designed to keep ponytails in place through grueling, high-energy concerts, performances, and dance numbers. They’re crafted from Josh’s expansive knowledge of styling long, thick hair from his years working on the most high-performance ponytails in the entertainment industry.

As a diehard Ariana Grande fan, I couldn’t be more excited to speak to the man behind the world’s most iconic pony. On a chilly winter afternoon in January, we spoke at length about his new brand, how he and Ariana met, and what he uses to achieve the ultimate snatch. By the end of the conversation, I was able to learn so much more about Josh’s personal experience of self-discovery and what goes into developing a brand that’s so authentic to one’s own unique craft. Read on for Josh’s views on gender identity, masculinity, and more.

On masculinity and self-discovery

One look at Josh and you can tell he is not understated. His sultry and alluring looks have allowed him to separate from the noise on social media while creating a unique identity for himself. When asked what his definition of masculinity is, he admits he’s still figuring it out.

“I’m kind of making up a new definition as I go,” says Josh. “I identify as male, any implications that are made through my outward expression of makeup and fashion is what makes me feel comfortable in my male body.”

Josh takes us back to his high school days to recount his first memories of self-discovery. “Growing up in the 90s in a Chinese-Mexican-American household, there were a lot of traditional and cultural norms projected on my brothers and me,” he says. “Sports were always at the forefront in my Mexican family and my Chinese family had very traditionally conservative and studious values.”

“This led me on a path of self-hatred of my race, sexuality, and suppression of my gender non-conforming expression,” says Josh.

He describes the process of facing his identity as a queer male gender non-conforming pansexual as challenging. It required him to do a lot of dismantling and unlearning of the world he grew up in. “My journey has had steps forward, steps backward, slip-ups, but overall, it has been some of the most liberating experiences of my life,” he says.

On style evolution and finding his passion for hairstyling

When it comes to Josh’s personal aesthetics, he tried out a few different styles before honing in on the one that he feels is the most true to himself today. In high school, he would channel goth culture because it was the ~cool~ edgy thing to do.

“In high school, I really just wanted to fit in racially, so I was often pretending to be like everyone else,” he says. This is where his affinity for dark color palettes began.

Josh also notes high-fashion runway to be a major inspiration in the development of his personal style. “Runway really let my imagination run wild and exposed me to non-gender-conforming ideals and androgyny,” he says.

After quitting his first job in PR after college, Josh began his hairstyling odyssey. “I felt the creative community of hairstylists allowed me to break down the fourth wall and start exploring more with heeled boots, and my gender just kept unraveling from there,” he says.

Josh still remembers his first gender non-conforming purchase: Christian Louboutin Spiked Aussom 80mm boots. “I spent my whole month’s salary on them back when I worked my first job,” he admits.

Finding hairstyling has not only helped him fulfill his purpose in his career but it’s also been pivotal in his journal of self-acceptance. “Hair has been such an integral part of my life. It has always been a mechanism to help me feel more comfortable in my own skin,” says Josh.

On launching his own brand

Naturally, the next step after conquering the hair world would be for Josh to launch his own brand. Since late last year, Josh has been teasing on social media that he had something going on in the works. That something was Útiles Beauty.

It wasn’t until this month that Josh officially launched his brand with the debut of The Hairtie.

“I started Útiles Beauty with the core idea that I wanted to simplify the hair industry,” he says. “I wanted to take out the guesswork of ‘Will this work for me?’ and truly create tools that work for all hair types and textures.”

Josh saw that the hair tie and hair tool market lacked innovation. This gap in the market led him to launch with none other than a high-performance hair tie. “The options that have existed in the market were also not created for everyone,” he says. “I wanted to streamline everything and create a brand that focused on inclusivity and simplicity, featuring beauty tools that work.”

Consumers can look forward to more chic and innovative hair tools launching soon from Útiles Beauty, including new Hairtie sizes, as well as combs and brushes to aid in the snatching and sleeking process. With each launch, Josh plans to stay true to the brand’s mission of inclusivity and elevated essentials.

When asked about his experience as a hairstylist-turned-entrepreneur, he admits that there was a bit of a learning curve.

“The whole process was a learning experience,” he says. “I’m a hairstylist first, so all the entrepreneur stuff was all brand new to me.”

When it comes to business, Josh knows that it’s important to create companies, products, and imagery that are inclusive, diverse, and “reflects the world we want to see.”

On working with Ariana Grande

As for his most famous client, Josh says the first time he met Ariana Grande was not in his chair, surprisingly.

“I was an assistant to many hairstylists and Ariana was one of the clients,” he says. “Funny enough — Ariana and I’s paths had crossed previously when I used to work for a teen gossip column in high school. I interviewed her way back when she was on ‘Victorious.’ We laugh about it in retrospect! The universe really wanted us in each other’s lives.”

Working with Ariana has not only advanced his career, but also his view of himself.

“She really came into my life at the perfect time of my burgeoning of self,” he says. “She and her team are so colorful, diverse, and welcoming. Seeing her world of glam, beauty, and level of artistry is truly inspiring in all facets of life. It’s definitely made me want to be bolder and confident enough to make statements through expression.”

How to get the famous Josh Liu snatched pony 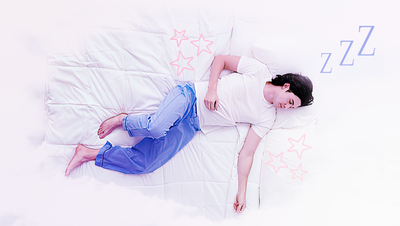 
Is sleeping ruining your skin?


According to a dermatologist, these 8 bar soaps are actually good for your skin 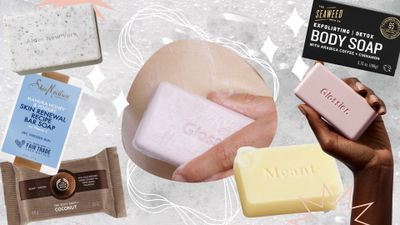