Which means today is a national holiday, ya’ll. Not only does Miss Grande serve us fresh new music, but she plays the role as Madam President of the United States… what a world that would be. But besides Grande saving the presidential office, you can see her making serious power moves with her friend and backup dancer Darrion Gallegos in the “Positions” music video that was just released Friday.

If you were fortunate enough to attend the recent Ariana Grande Sweetener World Tour in 2019, you should know all about Darrion by now. Darrion is the star backup dancer that brought talent, glamour and attitude to every performance with his otherworldly dance moves. Just like everyone else in the show, Darrion was an absolute star and was one of the most memorable characters of the entire production.

You can catch Darrion expressing his dual masculine and feminine energies throughout the tour, either through his sultry moves or over-the-top wardrobe, full off metallic space cowboy chaps and silk corsets. But this opportunity did not come easy for him.

“When you go into the industry, you’re so beat down sometimes by the things that people say, like in the beginning of my dance career it is so much like, you need to be this way, you need to build muscle so you can do this,” says Darrion.

Darrion takes us back to his childhood where he recounts memories of aspiring to be a singing dancing doctor, and how his hispanic heritage has always played a central role in his creativity and artistic endeavors. He expresses his gratitude for Grande and the unique opportunity she presented him to not only fulfill his dreams of performing on stage with the world’s biggest acts, but also allow him to tap into his dynamic personality.

First of all, how has your heritage influenced your creative career?

My heritage literally has been the foundation for everything for me. It’s where you come from, and how you’re raised, and with what values and what foods and your sense of spirituality, and just your culture behind everything. It’s been a huge motivation for the things that I create, the music I’m attracted to, the way that I see things. It literally is everything for me. Because growing up with my grandparents, an older generation of Hispanic Latino, has been a major influence. I always find myself being inspired by the music that my grandparents brought me up with, or like, the references that my grandparents gave me.

What are your earliest memories as an artist and a dancer?

For me, there was never a point where I ever lived without it.  There’s a video of me at like three years old and I was literally mimicking what the dancers were doing on TV, and ever since then, I have never been without dancing or without art in general. My imagination has always been my  strength and has been my absolute everything. Because growing up as an only child, you find ways to be creative, even without anybody else being there. You use your imagination, it just takes you places. And so I found, my imagination was always linked to music, art and to dancing.

Did you always know that this is what you were going to do?

My family and I always had this joke while I was growing up, that I was going to be a singing dancing doctor. Because I wanted to make my family happy and go to school and be a doctor, but also wanted to sing and dance on the side. I didn’t know that it was an actual possible career being a dancer until I got older. But I always knew this is what I wanted to do. When I was in 1st grade I wrote down a list of goals, and we weren’t supposed to open it until 10-15 years later. It wasn’t until recently my grandmother found it and my goal was to become a dancer for all the big artists. That was one of those moments where my younger self is gleaming right now.

Glamour and makeup is such a huge part of being a stage performer, were you interested in makeup and beauty at the same time you began dancing?

In the hispanic community there is this super machismo mentality of like, men don’t wear makeup and that was so prominent. It wasn’t until I was older when I really started to find myself and want to invest in playing with makeup.

What is your go to beauty product?

For me it’s always all about the eyes. That was the very first thing I ever learned how to do, like long black winged eyeliner and play with my eyelashes. Still to this day, the product that I always keep in my makeup bag is any of the Milk Makeup Eye Pigments. Those are my holy grails of my makeup. I found them when I was on tour actually, and I thought what if I could use this as a liner? I would do this super iconic electric blue winged eyeliner and it was my favorite thing in the world.

Where do you get your beauty inspiration from?

It comes from so many different places. It definitely comes from my heritage, especially in the Spanish community, the super strong winged eyeliner is such a staple. My mom wore it, my Grandma wore it, all my friends wore it. That’s where my looks always start, with a strong eye. For me, especially with just beauty in general. It’s such a balance between masculinity and femininity, I love the idea of contrast in anything I do. Whenever I put a look together I always keep those two energies in mind. Prince was a huge inspiration of mine growing up and still to this day, just because I think it was a beautiful meshing of what it looks like to just be a singular being that has these two beautiful energies and they’re expressed in different ways.

What is your go to ride or die product for stage makeup?

Fenty Beauty Pro Filt’r Foundation. When you’re on stage and you’re sweating for two hours, back to back, you want to find something that doesn’t give you weird discoloration because of the way the lights hit you on stage. I was so shocked that at the end of the night my face was still beat and blended. I was like OK Fenty come through!

When do you feel most confident and empowered?

Honestly, it’s when I’m on stage. Being on stage especially with Ari, it’s been amazing because I’ve gotten to express myself in a way that I’ve never gotten to express myself before. When I first started in industry, there weren’t a lot of opportunities to do something like this, where I get to express my masculine and feminine side. There were actually no opportunities like this at all. It was either you were feminine and a jazz funk dancer, or you were a hip hop dancer, and you fit into this category. But there was never this middle ground. 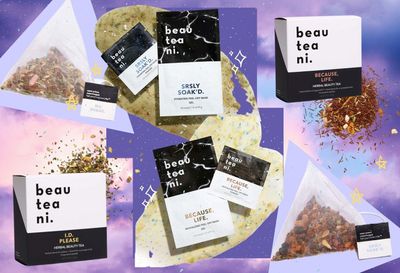 
How I Made It: Beauteani’s founder, Arpeeta Oberai, on bringing Indian tea culture to American beauty


This sold out body wash made me rethink smell altogether 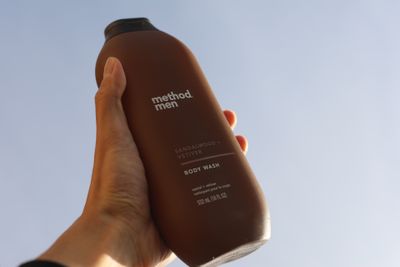