The definitive ranking of every Glossier Balm Dotcom flavor

One of the coolest things I can say I’ve ever done is work as a Pop-Up Editor for Glossier.

Going from being a long-time fan of the brand to working as a representative for it was incredible, and I worked with such an amazing team. Through the clapback and the clapback to the clapback, and with the acknowledgment that there’s still work to be done regarding sustainability, I still love this brand and the work I did with them.

SEE ALSO: Glossier laid off its entire retail staff and the backlash just got real

With that in mind, I’ve returned back to one of the first products I ever purchased from Glossier: the Balm Dotcom.

Now, BDC has gone through some changes since I fell in love with Glossier. Back then, the boldest flavor was birthday, which I felt so cool whipping out and using during my 100+ person freshman lecture class (during which absolutely everyone was watching me, of course). Nowadays, there’s a balm for every type of person.

From the sweet to the floral to the absolutely empty void that is original (!!!), here is my ranking of all the Balm Dotcom flavors—ordered from least to most favorite—which is arguably the only BDC ranking that should matter.

Here’s a fun piece of insider Glossier info: I sold a cherry BDC to nearly every girl under 17-years-old who came into the store. They were all hooked on this scent and I have absolutely no idea why.

Why am I so aggressively against cherry BDC? I love cherries. They’re up there at the top of my favorite fruits list and although I may have a “slight” allergy to them, I will never pass up a big bowl of them. And this flavor does not live up to my cherry hype!! It doesn’t even do cherries any justice!!!

On top of disrespecting the honor of a cherry’s scent, the red tint is just so much for a balm. I felt like Taylor Swift during the 1989 era with that classic thing Harry Styles likes. Actually, now that I think about it, maybe that’s why all the teens liked it…

This is apparently my most controversial opinion, but the mango balm just isn’t that good! It’s fresh and sweet, but the only place I ever find myself wanting to use it is if I’m directly in the sun in the summer. I feel like mango shines in this niche setting and, for a moment when I’m in it, I can finally understand all the hype around it.

But then the leaves begin to change, summer turns to fall, and I literally never think to myself, “You know what? I could really go for some mango Balm Dotcom right now” for the rest of the year.

I went back and forth on putting berry this low on the list because scent-wise, I think it is doing something right. But like cherry, the tint is a little overwhelming. Whenever I’m typically using Balm Dotcom, I’m already looking pretty natural. Putting on berry forces me to then elevate my look.

I can no longer leave with just moisturizer and SPF when I wear berry. I have to put on concealer so the darker tone doesn’t pick up the purple in my under-eye bags. Then, I have to put on foundation to balance out the concealer under my eyes. After that, I have to put on setting powder so I don’t look like a little glazed donut, and then bronzer to make it all look natural. All for a little berry-flavored lip balm.

So, as amazing as berry smells, I just don’t get the same use out of it that I do from the balms higher up on the list.

My first ever BDC!!! A favorite of mine for pre-COVID nights out on the town when I needed a little shimmer but didn’t want to sacrifice my lips as well as my buzz as I waited in line outside to get into a bar. With this emotional and nostalgic attachment to birthday, you may be wondering why it’s so low on my list.

Birthday has a terrible tendency of separating from its oil which seeps out a bit even when it hasn’t been heated, and it leaves me feeling a little icky. If I wanted more liquid, I would have just grabbed my Glossier holographic lip gloss. That’s just how the birthday cake crumbles.

Why is original this high up on my list, you may ask? Don’t so many people on Tiktok call it “Vaseline in a tube?” Yes, but let me explain my reasoning in one word: nightstand.

Maybe this is just me—a mouth breather with severe seasonal allergies and a need to sleep in a freezing cold room—but I regularly wake up in the morning to painfully chapped lips. BDC’s greatest feat is that it lasts on your lips forever, through all of the windy nights… and mouth breathing.

And when you’re getting ready for bed after a long day of various tastes and scents, what’s a better balm scent than nothing. Calm, cool, and collected, original minds its business and gets the job done without overwhelming you as you fall off to (a melatonin-induced) sleep. That’s why original is the best BDC to keep on your nightstand, hands down.

Rose is the supreme leader of fall and winter. In the same way mango is best in the summer, rose hits its peak when the weather gets colder. But unlike mango, rose is not restricted to any specific vibe. It rules over the colder months like a boss, takes no prisoners, doubles as a perfume, and gets the job done.

For a BDC flavor with literal sweetener in it, mint is so mild compared to other flavors. I know BDC is branded as the antithesis to Chapstick, but mint reminds me of my favorite Chapstick, which was a swirled blue stick with a mint flavor. Like the mint BDC, it had menthol in it, which isn’t for everyone, but I’ve always enjoyed it.

Mint falls short of the top prize for one reason: like birthday, it’s too leaky. Every couple of uses, the oil just leaks out and I feel icky using it. Minor complaints, however. We still love a little mint moment.

Up until now, coconut has been my ride or die. It has meant everything to me and it’s been through everything with me. I have had no fewer than three tubes of it with me throughout every twist and turn of my life over the past four years.

I’ll calm myself down, but I could write poetry about coconut. About the subtlety between the lack of a tint and the natural nature of the flavor (once again, a side-eye at cherry). I got my mom hooked on it, for crying out loud!!

Anyway, I love coconut and I will never in my life speak ill of it. That said…

Wild fig has absolutely come out of left field to steal the show. I promise you: this isn’t a plug. We see how I’ve reviewed all of the sweeter balm flavors, so I was hopeful but certainly nervous to try out the newest flavor to Balm Dotcom.

It was love at first smear.

Wild fig is the exact shade and scent I’ve been dreaming of in a BDC. It’s tinted without being too tinted, it’s scented without smelling too sweet or strong, it doesn’t separate from its oil. It’s perfect (and the bottle is the most aesthetically pleasing).

I know this list will cause some controversy, some anger, some pain, as it has already received mixed reviews from my personal Glossier group chat. Even here after all this posturing you may be wondering: what is the best balm dotcom flavor?

The answer? Your favorite. 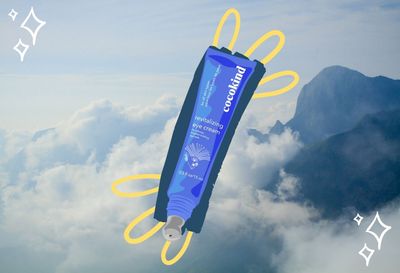 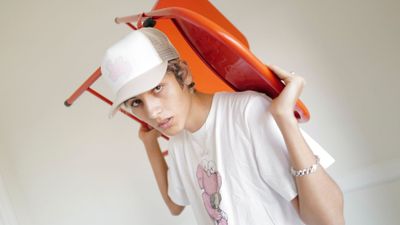