This rings especially true for the actor Marcel Ruiz, star of Netflix’s “One Day at a Time.” The 17-year old actor is part of one of the few Latinx families portrayed on American television, a show that centers around the multi-generational Cuban-American Alvarez family. Marcel plays Alex, the teenage son of a single mom raising her two kids with the help of her own mother. The family dynamic feels familiar to many Latinx American viewers who grew up in multi-generational households. But perhaps the most groundbreaking aspects are in its subtle nuances where it tackles issues that many Latinx Americans deal with but don’t discuss openly including mental illness, gender identity, and sexism.

Marcel is a natural on-screen as Alex. As the youngest Alvarez, Alex is constantly cracking jokes and adding a layer of frivolity that balances the show’s more serious topics. Marcel’s comedic timing is spot on, which is something he’s honed over the years as a child actor, but show business also runs in his blood.

Marcel’s parents ran a successful production company in Puerto Rico before moving to Los Angeles when Marcel was 9-years old. His parents cast him in commercials in Puerto Rico, but when the family moved to L.A., Marcel knew he had to learn English quickly if he wanted to keep acting. It wasn’t long after he picked up a second language that “One Day at a Time” cast him to play Alex, and the successful show is now heading into its fifth season.

Very Good Light spoke to Marcel about his budding acting career, working on a successful sitcom that centers Latinx stories, and what the yet-to-be-legal teen has up his sleeve.

You’ve been acting since you were little. Is it something you’ve always enjoyed?

I was raised on a set, basically. My parents are both filmmakers from Puerto Rico. They use me in one of their commercials when I was 3-years-old, and then after that, I guess I got used to it. It felt like just playing around, you know? It didn’t feel like a job. It was really cool to be able to do something fun like acting, but also do it with my parents. It made it more fun.

When we moved to Los Angeles when I was nine years old, they put me in an acting agency just to keep doing it, because I was already used to it. After I moved here, and I did a couple of commercials, and I started to learn English because I didn’t even know how to speak English very well. I was able to audition for TV shows and movies and that’s when I was like, okay, it’s not just a hobby anymore. This is kind of serious.

Tell me about what it was like to grow up on an island like Puerto Rico. What do you miss about it?

Every time I go back to Puerto Rico, or even when I lived there, we go like twice a week to the beach. That’s like, the normal thing. I feel like Puerto Rico is always gonna be home.

Let’s talk about your show, “One Day At A Time.” You’ve been on the show since its debut in 2017. What has that experience been like for you to grow up alongside your character?

I was 12 or 13 when we started filming, so it’s been such a long time. It goes by fast, but now that I look back at it, it’s been a big part of my life. Growing up in front of the camera with this cast, they feel like family, and they have from the start. We have this great bonding connection. I’m very grateful. Having four seasons of any TV show is a great accomplishment. We’re all very thankful for that.

Your character has spent the last season finding himself, as most teenagers do. How have you found yourself alongside your character in the last couple of years?

This year I felt like the most related to my character. I always thought of him as like another version of me. In the show, Alex lives in L.A., goes to school, likes sports, is very social, and always cracking jokes with his family. That’s pretty much how I am with my family. But I always felt like I was a little older than the character I play. This year was really great because he’s in high school, and it’s really the age where you’re just trying out new things on yourself. That’s how it is at this age, and I feel like that was cool. And it was also the perfect age for him to have a girlfriend in the season.

What can we expect from your character this season?

There’s an episode where he gets into fashion design, which I love because I love fashion, and I love designing clothes. I would love to keep doing that and maybe study that. That was a really cool episode to shoot. There’s a lot of fun episodes like that where you kind of see a new side of him. And just a really good relationship with his girlfriend. Like, they know they like each other, but at the same time, they don’t know what they’re doing. I feel like it’s really cute.

What was it like working on a show with a Latinx cast and telling these stories that feel very familiar to our culture?

Now that I’m older, I see there’s not a lot of Latinx representation is in Hollywood. And if there is, it’s not accurate of how we really are. I feel like this show does a good job of doing that. Because I started on the show when I was little and I had just moved here from Puerto Rico, I felt like it was normal. Like, I didn’t know anything else. It was my first show. I wasn’t looking at it from the outside. I didn’t know how much little Latinx representation there was in Hollywood until the years went by and I started looking around. After so many years, nothing has really changed, which kind of sucks. I hope that the young generation is able to create new shows and influence a new way of thinking when it comes to representing minorities and Hollywood.

You’ve been acting since you were a kid, but do you have other creative projects you’re working on?

I’ve always liked acting, but it’s really never been my only passion. I really want to be able to have a career in all the things that I like, like music and fashion. That’s what’s great about our generation, Gen Z. You don’t have to just do one thing. Your career can be everything that you enjoy.

Who are you inspired by?

People like Virgil Abloh and Tyler, the Creator. Tyler the Creator has had his own sketch show, he’s a rapper, he has his own clothing brand, his own music festival. He does all of these things that I would love to do. And same with Virgil Abloh: he’s a designer, DJ, director. They’re probably the people that I get the most inspiration from.

Your parents are also filmmakers. How have they helped you in your career as an actor?

Every time I’m on a set, they’re there. Every time I hear cut, I go directly to them, because I want to know if I did it well or not. They’re the ones that have really helped me find my place in acting and the characters. I never feel comfortable when I’m on a set and they’re not there.

Now that I’m older, it’s great to finally have an opportunity where I can create with them. We’re always on the lookout for ideas and getting inspiration from anything that we can. It’s really fun.

We’re coming up on the election. You’re 17, so you can’t vote, but these issues like are important because they’re going to be impacting you. How are you staying involved in this election, and how would you encourage others who are your age who can’t vote to have their voice heard?

I’m always trying to take advantage and use my voice, whether it’s on social media or going to protests. In Puerto Rico, we’ve dealt with a hurricane and a corrupt government. I saw the revolution that happened last year, where we were able to protest for two weeks straight and get the governor out of Puerto Rico. That really inspired me to use my voice for what we’re going through here in the United States.

The thing that I keep seeing is that it’s the young generation going out to fight. Everyone in my school left school to go to the protests. And that’s really inspiring because there’s a lot of topics that are really affecting my generation and the younger generation.

I feel like learning is the most important thing because a lot of people try to try to go out to fight or have conversations without knowing about the topic. If you’re young right now, just get educated on these topics. And know how you can help. Because a lot of people aren’t talking about it enough. It should be normal to be able to talk about it, with your friends in school, and with your family.

What else are you looking forward to?

I want to start my own clothing brand, like a fashion/skateboard brand. That’s something that I look forward to. I’ve been working on merch. If I’m going to put something else it’s because I would wear it, which is something that I see a lot in artists do. The merch design that they’re putting out is really meant for themselves, and people like it because they like their style. A lot of people like Kanye West or Tyler The Creator, or even Drake, started out making merch, and it kind of adapted to an actual clothing brand, which is what I want to do.

You’re also working on music. Who are your biggest inspirations?

Because I’m from Puerto Rico, of course, Bad Bunny. I remember him being very underground and playing at my friend’s high school proms. In the past year, he just blew up. He’s like the Drake in the Latino community, but in Puerto Rico, he’s just like one of us. It’s great to have known about him when he first started because just four years ago he worked in a supermarket, like as a bagger. His story is amazing.

Is your music going to be in Spanish or English?

Probably a combination. I plan on having songs where it’s like three-fourths in English and I’ll do some lines in Spanish in the middle of the song. I want to play around with that. But I still do love rapping in Spanish. 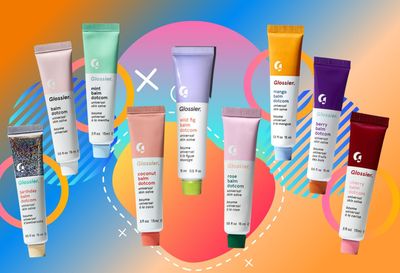 
The definitive ranking of every Glossier Balm Dotcom flavor 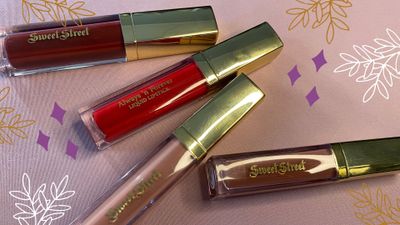