PRZM is a global next gen community and modern marketing agency. From viral TikToks to game-changing insights – think of them as your Gen Z partner-in-crime – helping brands and organizations authentically engage next gen audiences at the intersection of fashion, luxury, art, tech, and culture.

In 2016, 65,844,953 Americans watched their TV screens with mouths agape as we witnessed the upset win of Donald Trump.

At 20-years-old, it was the first presidential election I was able to vote in, and while I was dismayed by the results, I was proud to have participated in the civic process. A large portion of that pride came from seeing all of my peers galvanizing towards a shared goal.

SEE ALSO: 5 ways for Gen Z to take action this election, even if you’re not eligible to vote

So you can imagine my surprise when Joe Biden was confirmed to be the 2020 Democratic Party nominee for president, and instead of a massive battle cry from my friends, I heard… well, crickets. Not long after the silence came a slow but steady whisper of interesting, challenging, and valid concerns around agency, the two-party system, and voting in general.

I needed to understand this election from all angles, so I interviewed ten Gen Zers—members of the “activist generation”—to reckon with our past, understand the present, and try to envision a better future.

To many, the choice is simple: four years of the same mess or four years of something else that hopefully is better. Kayla Jennings-Rivera, a 24-year-old New Jersey native who works in communications admits she’s using her vote for one goal: kicking Trump out of the oval office.

“This election I’m genuinely so focused on getting Trump out of the office that there’s no wiggle room on that. My stance isn’t even based on Biden’s agenda at all, it’s completely based on the failure of Trump’s presidency for me and what I believe in.”

None of the Gen Zers I spoke to seemed ecstatic about either candidate at all. What also became abundantly clear is that the two-party system is choking Gen Z’s enthusiasm about electoral politics.

Zac Varieur, a 24-year-old Alabama native who works for an education non-profit in New York notes, “The fact is that in nations of 330 million people having a two-party system will never accurately reflect any sort of diversity of thought in political opinion, and it will not allow for any real pressure to be put on the two political parties to grow in any way. This is why you see a stagnation of our ‘liberal’ party and a further fascisizing of our right party.”

To most of us, the Democratic and Republican parties look like the same monolith in different lighting. Sean Nesmith, a 20-year-old junior at New York University studying Public Policy, feels the same way. “We have this idea that there are two parties – one good party and one bad party when there’s bad in both, particularly for marginalized communities,” he says. “The reality is I’m oppressed and swindled in the Democratic party and the Republican party.”

For many members of Gen Z who are fed up with the status quo, their first act of rebellion is abstaining from voting and to take themselves out of the unbalanced equation altogether. While some believe those who don’t vote are doing so out of some misguided apathy, it’s become apparent that for many, the choice not to vote is a conscious, well-informed, and researched decision. For others in Gen Z, the choice was made for them, but they are still doing everything in their power to help the community around them.

Sara Mora is a 24-year-old prominent immigration rights activist who has been valiantly fighting for the rights for the migrant community since high school. She will not be voting in the 2020 election due to her legal status as a DACA recipient but has been on the frontline of the fight for progress.

“If we’re being honest, voting doesn’t stand alone,” she says. “I think people feel so proud about voting that that’s the one thing they do to exercise their civil rights. So when I think of voting, I just feel like it’s offensive to say it’ll solve everything.”

Khirad Siddiqui is a 23-year-old Pakistani-American from Texas currently working towards her Ph.D. in Criminology from the University of California – Irvine. She is doing a lot of incredible work around abolition, but is also questioning the effectiveness of her single vote.

“Thinking that voting is the end-all-be-all is a limit on our imagination. It stops our ability to imagine all kinds of different forms of better futures. For a lot of the people that I care about, my family who is still in Pakistan, I don’t think the difference between Joe Biden being president and Donald Trump being president is going to have any impact on their lives. They live in perpetual fear of the U.S. regardless, and quite literally, imperial violence regardless.”

Khirad’s point, in particular, stopped me in my tracks when I heard it. For my entire life up until this point, I had ignorantly only focused on the election as a U.S. issue, when it is markedly clear that this election affects billions across the world. While it is important to realize that single votes do matter in the literal sense (in the 2016 election, Pennsylvania would have turned blue if just five more Democrats voted for Clinton in each precinct), what Khirad shared made me stop and think about how a vote matters in an ideological sense.

Not only does the two-party system force our hand, but it also hijacks our vote in the name of American imperialism. No matter which candidate someone votes for, the outcome is likely to be similar for millions of Black and Brown people around the globe. As we grow older, Gen Z is starting to question our own complicitness and agency in aiding this harm.

Grey, a 23-year-old queer, gender fluid, Black Indigenous being thinks that the choice to invest in their community is far more helpful than voting for a candidate that might take their vote and maliciously spin it.

“For me as an Indigenous person to these lands, and as someone who considers themselves to be as conscious as possible, I can’t participate in a program where I know that someone I help get into office might do something that goes against my personal beliefs,” they say. “To me, that feels like blood on my hands. There’s a lot of reasons why I don’t vote for the president, but I do vote in my own way.”

Voting as a choice

It’s easy for one side to say that everyone who doesn’t vote is ignorant while the other says everyone who does vote is brainwashed, but that couldn’t be further from the truth. Everyone’s motivations are valid. Kayla feels that for every potential Biden supporter who is on the fence, there are three die-hard Trump supporters who are sure to show up to the polls. Sara remembers growing up in a working-class area where conversations about civics were limited and recognizes the shortcomings of the education system. As an Indigenous individual, Grey is more connected to the memory of community over authority.

But no matter the motivation or voting status, the most common thread in this tapestry of experiences is a deep, aching pain. Everyone seemed unsure and hurting. Everyone seemed disillusioned.

To vote or not to vote?

I know we say this every election, but the upcoming election in November is shaping up to be the most divisive in history. However, this time the split isn’t along party lines. It’s split along the status quo and the radical redesigning of our republic.

Before each interview ended, I asked everyone what they would say to the “other side” before they made their decision this November. I hope some of their answers will inspire you to think about our collective role in the betterment of our society and to challenge what you may think constitutes the ultimate civic duty.

“I think the decision to vote or not to vote is one that is inherently your own,” says Khirad. “Nobody else can make that for you. I do think I have encountered a lot of people who are just voting because they haven’t thought a lot about it and because they’ve been told that voting is the thing to do. Before you decide whether you’re gonna vote or not vote, really make sure that it’s a decision. Make sure if you do vote, it’s a decision that you are really making, and you don’t feel pressured into it.”

“I don’t think I could tell anyone anything that would persuade them not to vote, which I’d never try to, at least not for the president,” says Grey. “I still think we’re going to the same goal. Do what you got to do, I’ll do what I have to do, and maybe we’ll see each other in the middle someday. For anyone who is planning to vote, I hope we meet in the middle someday.” 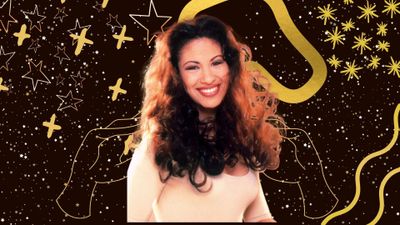 
The creator of Netflix’s ‘Selena: The Series’ talks Latinx representation in Hollywood and how Selena redefined the American Dream


How I Made It: Cocokind’s Priscilla Tsai is on a mission to bring equity and diversity to the beauty founder landscape 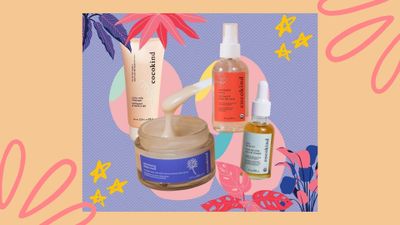