5 ways for Gen Z to take action this election, even if you’re not eligible to vote

There are less than 40 days until Election Day, which means now more than ever is the time to take action.

Gen Z is likely to become a hugely influential voting bloc, both due to the number of registered voters and the generation’s passion for social change and progress.

But since so many young people are first-time voters (or not eligible to vote, despite being politically active), there isn’t too much clarity on how to go about getting involved in upcoming elections. Moreover, the COVID-19 pandemic puts an extra strain on all voters and adds even more unnecessary confusion.

With all of that in mind, we at Very Good Light decided to put together a five-step action plan for members of Gen Z, both for those who are eligible to vote and those who might be too young. Regardless of your age, you deserve to have your voice heard and we’re here to help make sure that it is.

1. Help your family and friends make a plan to vote.

Whether you’re voting early, by mail, or safely in person on November 3, you should set up your plan now and encourage others to do the same. No one in this country can pretend like the controversies happening within the U.S. Postal Service aren’t going to impact absentee and mailed in ballots, so it’s important that you plan far in advance to make sure your vote gets counted.

Even if you will not be 18-years-old by Election Day, you can still help the eligible voters in your life make their plans. Figure out whether or not your state has Vote By Mail infrastructure in place, if your state has early voting options to minimize exposure to large crowds, or if your town or city has a ballot box. If it does, use that instead of mailing in your ballot. While we need to help save the USPS, we won’t be able to do that if we don’t first vote.

Some states allow you to track your absentee ballot once it has been submitted. Check out Vote Save America’s page to check out your state’s protocols, which may allow you to further protect your vote—or that of a family member or friend—from voter suppression.

2. Register to become a poll worker.

Not going to be 18 by November, but still want to get involved in protecting the vote? Have no fear: most states allow students as young as 16 to register to become poll workers. Most poll workers nationwide tend to be older, retired individuals, meaning they are in the groups at higher risk for getting the coronavirus.

By registering to become a poll worker, you allow these individuals to stay home and keep both themselves and their loved ones safe. More importantly, one form of voter suppression is shutting down polling locations early or never opening them at all. This action often targets specific areas, notably predominantly Black communities.

The justification for this is often that there are not enough poll workers to properly staff polling sites. If you and your friends all register to become poll workers, you will actively be helping to fight back against voter suppression. (P.S. you get paid for it, too.)

3. Educate yourself on your state’s deadlines and rules, and share that on your social media platforms to inform others.

While it would make sense to make the functions of a government understandable to those it governs, the American democracy doesn’t really work like that. It’s a pain in the ass and usually takes up more time than it should, but researching your individual state’s voting deadlines and regulations is essential when you make your plan to vote.

You may think it looks like you’re patting yourself on the back by sharing all of this wonderful information that you took the time out of your day to research on social media, but in actuality, you may be providing a valuable resource to someone in your network who might not have the time to do that themselves. More simply, it inspires those in your orbit to also be proactive and make a plan to vote themselves.

If you’re a member of Gen Z who’s politically active, constantly educating yourself, but disheartened that you can’t voice your opinions with your vote, share this with the eligible voters in your life. Talk with them about the issues that matter the most to you, the candidates who represent your values best, and ask them to keep you in mind when they cast their own ballots.

Reach out to your town’s Registrar of Voters with any questions you may have specific to voting in your area or that you can’t find online.

4. Adopt a battleground state through Vote Save America.

Regardless of if you are eligible to vote in November or not, if you live in a solid color state, it may feel hard to make a difference. As we’ve learned, over 100,000 Americans eligible to vote did not in the 2016 Election. On top of that, there is an increasing number of “battleground states,” or states that could pledge their Electoral College delegates to either candidate. (P.S. if you’re unclear on what the Electoral College is or how it functions, give this website a quick look.)

Vote Save America has a great feature for any Gen Z looking to make an impact in registering voters and protecting the vote in battleground states. They started a campaign called Adopt a State in which you can adopt a battleground state and reach out to individuals to inform them of their state’s voting options and deadlines. It’s like what you already helped your friends and family do, except now it’s strangers in North Carolina or Wisconsin!

Both legal and illegal forms of voter suppression will be at play during this election, as evidenced by the findings of the Mueller investigation and what occurred in Georgia during the 2018 Midterm Election. It is important that as many Americans as possible cast their ballots to have their voices heard and that we protect the vote as much as we can. We cannot get discouraged and we cannot give up the fight.

If you are of voting age, the most important thing you can do right now is register to vote and make your personal plan on how to vote. Although the Presidential Election is dominating the news, you need to pay close attention to the state and local races in your area. The results of these races are what is going to impact your life on a daily basis.

Research all of the candidates on your ballot, as well as any policy measures you may be voting on this year, and align with those who best represent your ideals and values. Make informed decisions, protect yourself against suppression, and GET OUT THE VOTE!!! 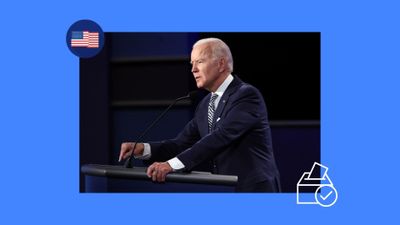 
The first presidential debate was a hot mess. Here’s where it all went downhill.


This TikTok skincare hack will completely upgrade your routine 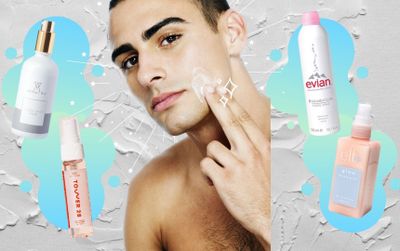