What it’s like to come out twice – once as a lesbian and once as transgender. 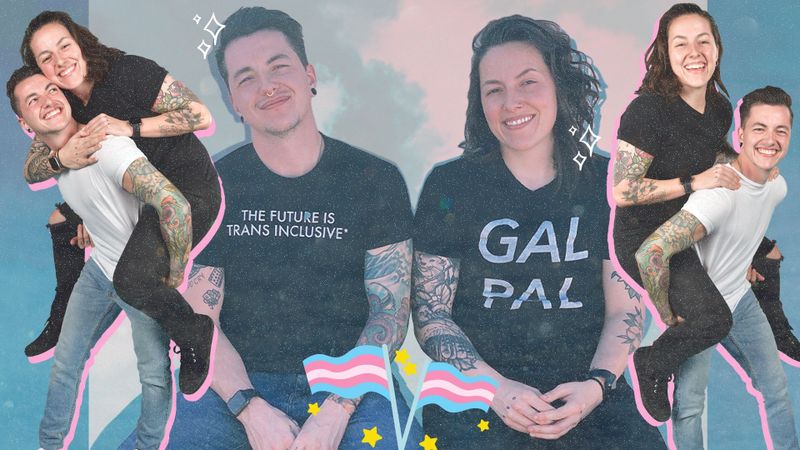 Chris Rhodes and his identical twin, Courtney, are used to sharing everything. They’re identical twins, both 28-years old from Austin, Texas and they both came out as lesbian in early adulthood.

“I came out first, and she was pretty resistant, mostly due to being in the closet herself and the conservative suburban community we grew up in,” says Chris to Very Good Light.

Coming out as lesbian for Chris helped Courtney come to terms with her own sexuality. “Chris and I have always agreed upon everything,” says Courtney. “We have the same likes and interests, so when Chris started dating girls in high school, I should’ve taken the hint. Honestly, it was nice to have the solidarity of having someone go through the same experience who wholly understood me along for that journey.”

As identical twins, Chris and Courtney shared the same experiences, even down to their sexuality. When Chris started to question his gender identity a couple years after his initial coming out, it was the first time in his life that he felt something that his twin didn’t. For the first time, he was on his own.

“When I came out the second time as trans, it was definitely a little more nerve-wracking because we had lots of queer friends but there weren’t any trans people in our immediate friend group, or even represented in media,” says Chris. “I felt very alone in my experience at the time.”

Courtney and Chris got used to sharing the same identity: the twin identity. Experts say this shared identity results in an inexplicable connection that can have both positive and negative effects on twins.

“Twins have to grow up sharing everything: time, love and attention,” says Dr. Joan A. Friedman, a prominent twin expert and psychologist. “Everyone is searching for meaning and a sense of identity in adolescence. If you haven’t had parents that helped you separate and develop individually, it’s hard to feel confident in yourself as a single.”

This could explain why Chris didn’t start questioning his gender identity until he was 19. After all, as a twin, it’s more difficult to separate yourself and discover your individuality. Most LGBTQIA+ people can relate to this internal struggle of coming to terms with who you are. For twins, it’s a unique experience as both are unprepared to face a truth that might make them feel different when they’re so used to being the same.

“After the initial shock wore off for Courtney – mostly she spent time beating herself up over the idea that I could be trans and she had never ‘realized’ it – she was wholly supportive, as were all my friends, because according to them it seemed like a weight was lifted off my shoulders,” says Chris.

Identical twins have a unique bond that’s unlike the traditional sibling bond. They are genetically identical, meaning they come from one fertilized egg that splits in the womb. They share the same fingerprint and the same genetic profile, so how is it that Chris is trans and Courtney is not?

The answer lies in an emerging field of science known as epigenetics, which explores how genes are expressed. If genes are musical instruments, epigenetics are the musicians that allow those instruments to make their beautiful music. Environment and lifestyle influence gene expression, which explains why identical twins, like Chris and Courtney, can be identical in so many ways, like sexuality, and differ in others, like gender identity.

“I still very much view us as identical—we are genetically so—and we are still the same people at our cores who have shared a very similar life for the last 28 years,” says Chris. “I actually think my transition has brought us closer together because I am a lot more me since transitioning.”

Research has shown that in addition to being identical genetically, identical twins are also likely to share the same sexual orientation.

Studies have shown that if one twin is gay, there’s a 30 to 60 percent chance that the other twin will also be gay. These studies support the theory that genetics plays some role in sexual orientation, but not entirely, otherwise identical twins would have a 100 percent chance of sharing the same sexual orientation. Epigenetics explores the environmental and lifestyle factors that can attribute to this variance.

For Courtney, it was easy to follow in Chris’ footsteps and come out as lesbian. His transition was a tougher pill to swallow.

“Chris’s transition and gender identity strayed away from something I thought I had understood for the first time in our lives, so I had a hard time wrapping my mind around it,” says Courtney. “How could Chris feel something that I didn’t feel? That was the hardest part in accepting his transition, along with feeling like I had failed him in not knowing he was trans or had been questioning his gender. But once I got over that, I became his biggest supporter.”

Coming out has brought Chris and Courtney even closer together than they were before. They’re both extremely active in the LGBTQIA+ community in Austin, and even have their own clothing brand that supports LGBTQIA+ causes called FLAVNT streetwear. As the country rallies around our LGBTQ+ brothers and sisters this month to celebrate Pride this month, Chris and Courtney will be celebrating together, of course. They share the same DNA, the same birthday, and now, the same Pride.

“We’ve never not spent a Pride together,” says Courtney. “This year, we will probably just hang out at our house with some of our close friends with some drinks, glitter and music and try and create our own mini Pride celebration.” 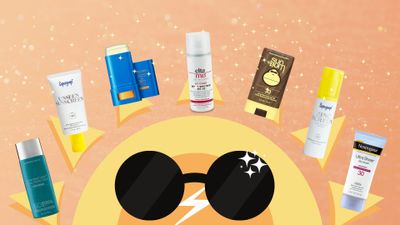 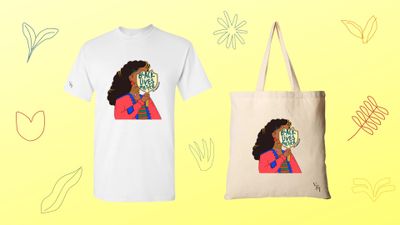