I visited a queen bee and my life is forever changed. 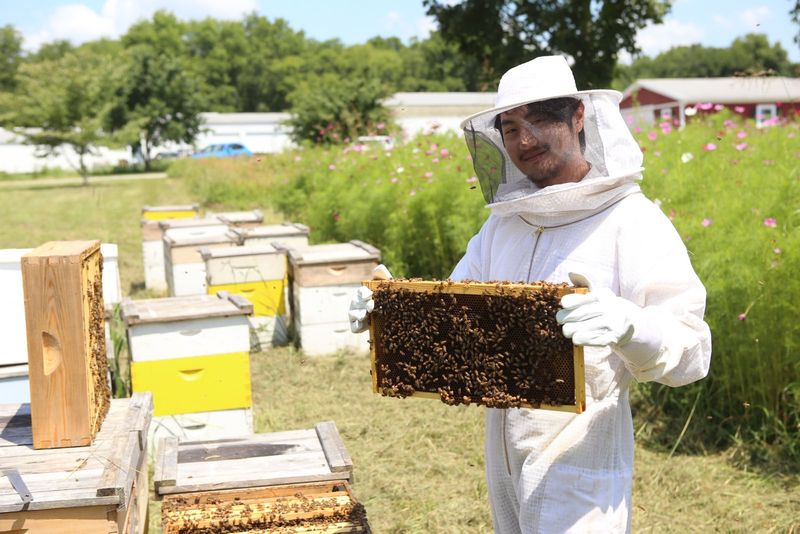 “Take me to the queen,” I say, forefinger pointed up in the humid air.

I’m in Nashville with Audi, home of country royalty, the same city that the Cyruses, Faith Hill, Kelly Clarkson, among many others call home. We’re here celebrating the launch of the luxury German brand’s spiffy Q3, one that’s certainly worth more than my entire life, three-times over. But I’m not here to be ushered to meet country’s queens (I’ll get to you next time, Kelly!). I’m here to meet a literal queen bee, one that’s vital for the survival of humankind.

With my driving buddy, Chantal Follins from BuzzFeed (I mean, duh) by my side, I zoomed onto Tennessee’s highways to TruBee Honey. The car was zippy and drove like a sedan, but is an SUV, one that’s peppy in its step – just like me. Turns out the 2019 Audi Q3 is completely reimagined from years before and includes so many features like an all-wheel drive, an amazingly beautiful exterior, thoughtful interior. Basically, it’s bougie AF just like me.

The bee farm is just outside of Nashville in a town called Eagleville, and owned by Jeff Otto and Laura Kimball. The two introduced me to 50,000 bees, while also encountering a juicy queen bee. There, I learned everything about bees, honey, and found a newfound respect for everything that buzzes. Turns out, bees are even more amazing than I could have imagined. Below, some interesting facts about bees that you need to know!

SEE ALSO: Your skin is freaking out for this one reason.

First of all, WTF is beekeeping?

Trust, I didn’t know what this was either until Laura and Jeff put me into a beekeeper’s suit and led me to their bee hives. There, I met 50,000 bees, some who weren’t so happy to see me. One even died trying to protect her colony, stinging my suit. Though I was scared AF to get killed, the bees weren’t as angry as I imagined them to be.

In the wild, bees create their own hives. But sometimes, their hives become prey to natural predators, viruses, or mites, which means that thousands of bees will perish. Beekeeping helps bees to thrive by aiding the colonies and protecting them from many of these dangers. Beekeepers not only provide natural defenses against mites, they give bees what they need to thrive for many, many years by helping to clean, discarding of an overproduction of honey or beeswax, and more.

Queen bees are EVERYTHING.

I knew queen bees were essential, but I didn’t know just how important they were. Among 50,000 bees, queens run the show and is mother to all of them. She lays all of the eggs – up to 1,500 a day! – and holds a tight ship. She’s also completely pampered and is cleaned, fed, brought males to mate with, and is vital for the survival of the hive.

She also sets the tone of the hive

Aggressive bees? Friendly bees? It all has to do with the queen. This, according to Laura, who told me an interesting tidbit. “The queen’s influence on the hive is amazing — if she is mean, the whole colony is mean,” she tells me. “We have had hives containing bees that will chase you or dive-bomb you if you walk near the stack of boxes, minding your own business, and it’s because the queen is aggressive.” Apparently, this isn’t normal. If this does happen, beekeepers sometimes switch out the queen to set a different tone. “If you remove the old one (queen), it’s amazing to observe the difference,” she says. “In the South they say, ‘If mama ain’t happy, ain’t nobody happy,’ and this is definitely an example of that!”

All working bees are female, something I was super surprised to learn. These come in the form of worker bees, who work their entire lives pollinating plants and extracting nectar for their hives, nursing bees who tend to larvae and ensure their survival, housekeeping bees who clean out the hive, queen’s servants, who tend to her every need, and guard bees, who attack anything that dares try to enter the queen’s chambers. It’s a fascinating world and if there was a reality show on just bees alone, I’d definitely tune in.

Males are used just for their semen

Male bees, called drones, live in their own separate chamber until they mate with the queen. Their entire purpose is to provide the queen with semen. And after they do, they’re quickly killed, disposed of, and no longer needed. Thank u, next.

Bees have a short lifespan and work until their death.

You’ve heard of the term, “busy as a bee.” But chances are, you’ll never be as busy as one. That’s because bees work around the clock to ensure the survival of their colony. Most will live up to only 45 days (queens can live up to 5 years!) and each produces only 1/12 teaspoon of honey in her lifetime, with a collective bee hive being able to make over 100 pounds of honey.

It’s not only honey that we use. Bees also produce beeswax, which we use in our beauty products, pollen, which we consume, propolis, and royal jelly. The latter two are super potent and used in more luxury skincare items. Propolis is used as glue for bees and royal jelly, is nectar that’s fed only to larvae in the hopes one will become a future queen.

Honey and beauty are synonymous

It’s no secret that honey’s become super popular in beauty, as of late. Thanks to its antibacterial properties, hydration agents, as well as being completely nourishing, honey is a perfect beautifying ingredient. It’s also been used for centuries to get that amazing glow from the likes of historic figures like Cleopatra, who used raw honey as a cleanser and moisturizer. Today, beauty products from far and wide still use honey as a potent beauty ingredient. These include the likes of Farmacy, a brand that has created its DNA around honey and its benefits; Fresh, whose bestselling Honey Mask, relies solely on nectar; K-beauty brands from the likes of innisfree, Skinfood have ampoules made of honey; luxury brands like May Lindstrom; natural beauty brands like Naturopathica and more.

Honey is potent by itself

Want a healthy glow? You can get this by honey alone. It’s antibacterial, anti-inflammatory, and a humectant. Meaning, it’ll draw moisture from the air into our skin. It also allows for better collagen production. And according to Laura, it’s potent. “There’s a lot of research out there about honey being used to kill infections, like MRSA,” she tells us. A 2016 report proved that honey was effective as a natural homeopathic ingredient when used as a medicinal alternative. (You can read about it here!) Beeswax is made so that little homes can be create for young bees. At TruBee Honey, Laura says she cuts off excess beeswax laying around. She then uses it for a natural lip balm, salve or moisturizer, which her business also sells.

Though bees are essential for life, they’re also in a crisis.

Next time you see a bee buzzing next to you, try not to swat it. Bees pollinate the world and without them, 3/4 plants cannot thrive. But they’re also going through a crisis with millions of bees around the world dying. This is called CCD, aka Colony Collapse Disorder. According to SOS Bees, an organization that’s a watchdog of sorts for bees, this is because of a variety of reasons. Bees are sensitive beings, and with a slight change of climate, they are prone to death. With climate change being very real, bees are completely affected by more or less rain, higher or lower temperatures, and more. But bees are also in decline from pesticides, parasites, and loss of biodiversity. AKA, with crops dying from heat, bees have less to eat. It’s a reason why beekeepers are so essential – they help to keep bees alive. 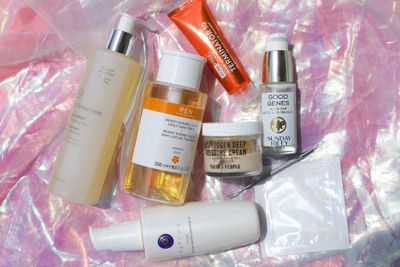 
Every product I used to kill my cystic bump in 4 days. 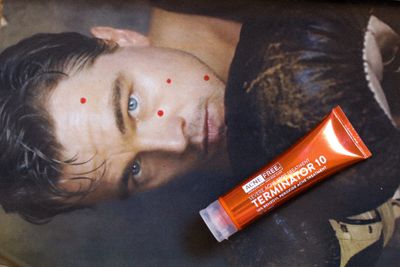