What exactly is self-care if not code for spoiling oneself?

At least that’s what it seems like it’s become. In a world where “wellness” and “self-love” as well as “positive thinking” has become as commonplace as green juices, CBD tinctures, adaptogens and more … the term has become so convoluted it means everything but nothing. Your “self-love” may mean an hour of yoga and mine may mean eating a gallon of ice cream but in the end, does it serve either of us in a bigger way? And what exactly is self-care to begin with?

SEE ALSO: ‘I was too ashamed to look into the mirror’

I realize that by many standards I’ve been practicing a version of “self-care” for as long as I can remember. I’m a taurus through and through and naturally, we’re really into luxuriating. We’re inclined to gravitate towards the finer things in life. That may mean a $200 moisturizer or spending $17 for a piece of fried chicken. Bankruptcy be damned, if we’re going down anyway, might as well do it in style (and with a happy stomach full of bougie fried chicken). Though I’ve been practicing this hedonistic form, I realized that it’s brought me no further to overcoming anxiety.

I’d been reading others’ forms of self-care for so long. A writer for Man Repeller admitted she spends $600 on skincare for hers. Sunday Riley’s The Edit writes about how sex-care is a means for self-care to some. And a New York Times interactive piece asked different people what self-care means to them. Some, admitted it was eating something hearty from their childhoods, while others prescribed to methods like reiki healing or meditation. The conclusion from all of these stories? Self-care seems like a mix between selfishness and self-preservation. Finding that happy medium of hedonistic joy, one that allows one to snap out of their current state, into one that seems to uplift.

It was on a June morning where I woke up feeling as if it was time for mine. As if a visceral reaction, I flung my body out of bed and ran to my bathroom sink. I brushed my teeth, washed my face, and slathered on sunscreen and realized that L.A. was choking my creativity. But it was doing so much more, physically: the smog was making my under eyes puffy, choking my lungs so that it coughed with a bout of bronchitis and my skin was becoming sallow. Was it the city that I was succumbing to or was it my state of mind? I’d been overcome with grief in the past few weeks, along with the onus of new projects clinging onto my slight shoulders. Was I neglecting self-preservation methods, trading it in for working myself to death?

I needed an escape. And so I decided to rent Audi’s 2019 Q8 in a quirky Dragon orange hue for a road trip to somewhere close enough for a day trip but far from Los Angeles pollution. The car – which Audi kindly provided for this means of self-care (seriously, thank you Audi) – is worth more than I’ll ever be. Yes, this car is $90,000 with all options – so luxe, I literally sat in the front seat, on supple leather, immediately feeling better about myself. Was this vain? Was it materialistic? It was both. And it felt good.

The Q8 and I embarked on a spiritual journey together – leaving the city smog, the unbearable traffic, all of the “actors” of L.A. – for a self-care trip to Santa Barbara, a sleepy beachside city. What I wanted to discover: if driving a $90,000 car to a beautiful city could quench my self-care thirst. But really it was this simple question I wanted to answer: could money and status uplift your mood?

Driving the Q8 was, for a lack of a better word, a transcending experience. It’s probably the most expensive vehicle I’ve ever driven and was not only super powerful, smooth, zippy – like the Augustinus Bader of cars – but made for an enjoyable riding experience (this coming from a former New Yorker who thought he was allergic to driving). I realized that zipping through the 101 freeway was a very freeing experience. Windows down, a 2000’s playlist blasting and my hair caressed by the wind I felt completely one with California.

When I arrived, it was time for Santa Barbara fish tacos, wine, and lots of ice cream. Also, a great opportunity to get lost. Meandering through Stearns Warf to see the deep, blue ocean, to visiting the Santa Barbara Mission, or simply walking along the train tracks was in and of itself an enriching experience. The architecture, which was created by Spanish settlers, feels like another country altogether, with its red tile clay roofs and whitewashed adobe walls. The abundance of flowers, cacti, and fauna line the city and provide for a nice cleansed palette from Los Angeles’ industrial feel.

As I ended my day-long excursion, the brackish sea-water kissing my face, I realized that yes, this was self-care. Not necessarily the fancy car I was driving alongside the Pacific Ocean, or any of the delicious foods I ate. It’s not what you do or buy, rather the moment you’re in. It’s about forgetting about time altogether, putting away your iPhone, being too occupied with your adventure that you forget to Instagram Story any of it. And that’s what self-care is about. It’s ultimately being selfish by practicing self-preservation. Sometimes that comes in the form of a quick purchase, a beautiful cream, or feeling rich, even for a day. For me, it meant leaving it all behind, altogether, if even for just a day. 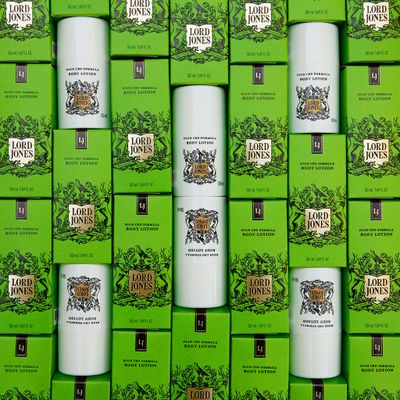 
How Lord Jones became the biggest CBD brand on the market


The one reason you’re breaking out this Hot Girl Summer