I’ve been using this brush in the shower and my hair is now insanely healthy.

“When’s the last time you brushed your hair?”

So asked a Korean hairstylist – sternly – when I went to get my hair permed last month. Do your fingers count? I replied, to her tsk tsking and a shake of her head in disapproval.

Brushing your hair is what you’d associate with long hair or rituals before bed. Images of a young child reading a book while their mother lovingly brushes their virgin hair back come to mind. Brushing one’s hair isn’t anything new of course – it’s one that comes with centuries of tradition. The Greeks, Romans and Egyptians all had their own versions, made from steel, animal hair or wood. And in 1777 that a man named William Kent went on to patent brushes himself, creating the world’s first-ever commercial product. It’s what apparently put a brush in every person’s home, creating a brushing revolution.

As it turns out, brushing isn’t only for untangling your hair or styling it. To get a healthy scalp and/or shiny hair, you need to stimulate for circulation and good blood flow. Not only does brushing evenly distribute sebum to create shinier hair, it helps with removing dead skin cells – all which if clogged, could prevent growth. Brushing is apparently so important, one expert once told Allure that doing so daily is like working out your scalp and taking it to the gym.

I took it upon myself to start brushing my scalp after Umma A Good Hair Day In Seoul sent me one. It’s called the White Rabbit Volumizing Air Brush, a light, millennial pink brush. The White Rabbit is waterproof, plastic and can be pumped with air that goes in and out. Immediately while combing through my hair I realized just how good it felt to have the prongs gently massaging my scalp. But the real hack Umma gave me was brushing your hair in the shower. This allows your scalp to be stimulated but for it to aid in helping products get to the roots of your strands as well as to cleanse all the gunk that perhaps your fingers can’t get to.

At first, it was a little awkward – I mean, brushing your hair under water takes serious multi-tasking abilities – but when you get that cadence down of brushing, gasping for air, and being still enough not to topple over, all is well and good. Brushing inside my shower allowed my shampoo and conditioner (and all others treatments) to feel as if they seeped into my scalp while being evenly distributed. I hadn’t realized just how ineffective my own fingers could be in washing, conditioning and applying treatment especially since my hair is so thick.

The end of the month came and I was wowed when my scalp felt less oily, produced much less dandruff and my hair was completely, utterly, well, silky smooth. It’s insane how the simple act of brushing your locks can transform its health, length and sheen. Here’s to singing – and brushing – more in the shower. 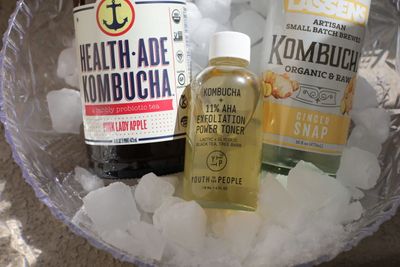 
This Kombucha toner is a refreshing summer skin saver


7 ways to wear neon while on the Old Town Road 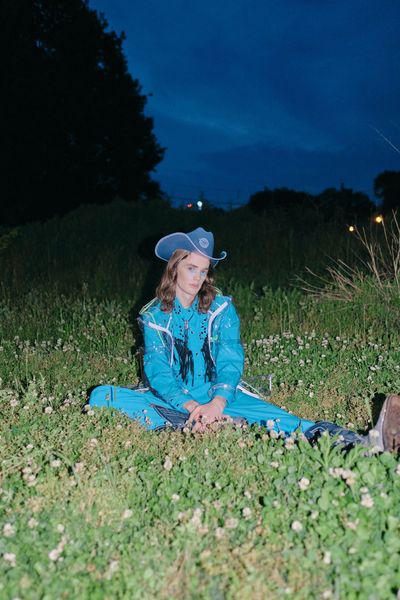