Why I stopped falling for straight boys

I knew Jake* would leave me from the very first time we kissed.

We sat on my bed to the soundtrack of Brooklyn at midnight – a mix between the bass drums of the subway and the melodic humming of taxi cabs that whizzed by. His calloused fingers intertwined with my own, our hearts beating as quickly as cicada wings fluttering in the summer haze, we connected, like old lovers who reunited after a century apart. Or at least, that’s how I imagined it.

As I began pulling away, my face flushed with color, ashamed of how much less attractive I was, Jake pulled me back and told me I was beautiful. But at that moment, though I didn’t question Jake’s sincerity, I knew he’d never love me – I knew this whole thing wouldn’t last. I knew he’d leave me.

SEE ALSO: Sexual racism and when I finally had enough

Jake was a straight boy and I knew how this would end – in complete, utter disappointment and heartache. I bring this up as the Internet is exposing gay men like James Charles for preying on straight men. In his specific case, James had weaponized his own celebrity to allegedly seduce men to fall for him. In one case, he went for a waiter in Washington, who later told him he wasn’t into him – he wasn’t gay. Apparently, James didn’t take no for an answer, and in classic predatory fashion, attempted to convince this man that he in fact, was. In another situation, he invited his crush, a model named Gage, to Coachella, and expected him to accept James’ advances. When he didn’t receive what he’d set out to gain, he apparently lashed out on him via social media.

It’s the societal conditioning that forced me to think that a gay relationship had to adhere to heteronormative standards.

All of this intel, of course, needs to be taken with a grain of salt. But it does need to be mentioned that there is a history within the gay community of men known for being sexual predators. Said men use their power over others for their own sexual conquests. It’s completely predatory if it isn’t anything less than consensual and wrong in every sense.

I, of all people should know, I was once just like James Charles.

Being a young gay man in New York City, I’d fantasize about ending up with a straight man. He’d treat me like his wife, do manly straight man things, while I’d cook him dinner, pretend I didn’t care about the football game he was so into when I found him to be amusing. We’d bicker about how he didn’t leave the toilet seat down, he’d tease me for all the makeup products I owned.

In retrospect, I find that more than being with a straight man, it’s the societal conditioning that forced me to think that a gay relationship had to adhere to heteronormative standards. In my mind, there was no room for fluidity. No picture perfect ideal of a gay, male on male couple. Because of how I was raised, a couple needed to be distinct in their female and male roles. I now realize just how I’m still tethered to this false idea.

It’s how I ended up with Jake that night, on a stupid app. He told me he was straight but curious and after I sent photos of myself with full makeup on, my eyebrows on, lips pursed, eyelashes glued, Jake said that he’d want to hang out if I looked exactly like my photos. Jake was from New Jersey, worked at a wine shop and was a skater boy – completely sexy in being average. His messages were extremely sweet and encouraging.

When he ended up at my apartment that night, he’d brought over red wine from where he worked. Cabernet sauvignon, a romantic gesture that would ease both of our nerves. He’d driven close to 40 minutes to come see me. When I opened the door, shaking from a mix of excitement and nerves, I was completely embarrassed of my full face beat. Did I do my eyeliner correctly? Was this a shade of red that matched my face? Would he judge how poorly I put my eyeshadow on? But Jake was warm, he immediately hugged me and told me I looked completely beautiful. I felt safe. I felt seen.

Jake had the build of a soccer player, his legs muscular, his arms sinewy. He was so strong. He’d just applied to grad school and was excited to start a new chapter in his life, he said, as we swigged red wine. Jake asked what I did and if I applied makeup on a regular basis. I told him I had not and that I, too, was experimenting. It’s something special that we both could share, he told me. He then stared into my eyes, none like any man had done before, and asked if he could kiss me, which I felt was not only warm but reassuring. I nodded my head as his lips caressed mine. I’d never felt so gorgeous in my life – and never thought someone so handsome would ever be with someone like me.

Jake and I started texting for the next few days and he’d told me he’d come back that weekend. When he came over again, close to midnight, I had a glass of wine – this time white – waiting for us. With my hair tied back and my lips painted, we started to talk about our dreams, what we set out to do that year, our intentions. I then asked a question that perhaps, was all too real.

“Does anyone else know about your curiosities? Like, what we’re doing now?”

He paused, took a sip of his wine, and shook his head. “Well, this is all so new, I don’t think I had an opportunity to even think about it.”

We embraced, locked out lips together and hugged as he fell asleep next to me. The morning sun was rising and I knew he had to get back into Jersey the next day. And so, with the room full of natural light, I nudged him. He gently opened his eyes, kissed me on the forehead and said he’d text me. He never did.

I knew in that moment that I’d never see Jake again. There was something about his eyes that were filled with shame so wrenching, that it made my heart break. It wasn’t anything that Jake said that made me feel empty – it was my own sense of inadequacy and unworthiness and broke my spirit.

In retrospect, I understand why gay men like James Charles would want to be with a straight man. There’s power to being with someone who’s already socially accepted. There’s an attraction towards something or someone who you’re not. But I will be the first to warn any person to find someone who loves you for you. Not only is it dangerous to play this game, it also has intense emotional and psychological pain that lasts for years. It did – and still does – for me.

When I think about it now, I don’t regret meeting Jake, nor do I lament over how we met. After all, it was two humans coming together and sharing a connection, no matter how fleeting it might have been. What I do wonder is if Jake felt the same intense feelings towards me. More importantly, if he ever faced repercussions because of our encounter. And if so, did he ever find self-forgiveness or perhaps the answer to his own sexuality? After all, he, too, is worthy – of love, of authenticity, of the truth.

I hope that Jake comes to terms with his own identity and doesn’t live with regret. More so, I hope that he’s happy with who he is or who he’s become. I still think about him from time to time, fantasize of what could have been, where we could have gone, the love we would have fought for. But I wake up, realize that I owe myself more than Jake. I owe myself to be loved and still coming to terms with how I deserve it so much. It weighs heavily on me.

*Jake’s name is changed to protect his identity 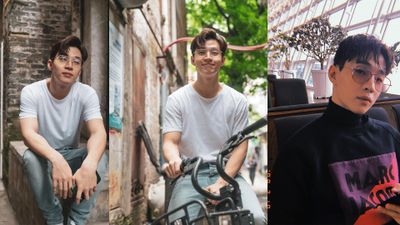 
Kpop star Henry Lau: ‘I will try my best to represent the Asian community.’ 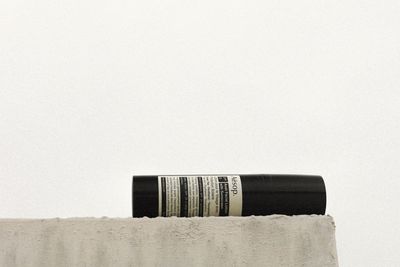