“Do I really need to explain to you the difference between throwing shade and reading someone? Girl, do I need to teach you gay history?”

So was a real conversation I had with a seemingly real person sitting across the table from me. He was a white gay man, a flamboyant personal trainer who lived in New York City’s Hell’s Kitchen, the same kind who has a liking to utilizing the phrase “YASSSS KWEEN” with every other sentence; the same who is content only having white best friends to take shirtless selfies with on Fire Island; the same who says he exclusively dates blonde hair and blue-eyed men. But the same who says they’re not racist because they once “dated an Indian.”

I allowed this man to continue whitesplaining to me, an Asian American, and my African American best friend sitting next to him, on the off chance that maybe, just maybe, we’d actually learn something. Like, please, white man, I beseech you to enlighten me.

“It’s from Paris is Burning, you know, the documentary about the original drag queens,” he whitesplained. “The drag queens are the ones who explain throwing shade and reading someone. There’s a big difference, you know!”

“But where do those terms come from? It’s African American vernacular that derives from black women,” interjected my friend, an Ethiopian American goddess who gives zero f***s when it comes to talking about race, culture and issues within the minority communities.

We both sat there, not even bothered by this man because this was just another day and he was just another problematic white gay, so blinded by his privilege that he rarely has to acknowledge that People of Color and their many contributions to culture, even exist.

It’s sad because he’s not alone.

He’s part of the growing white gay tribe that seems to erase the identities of others in the LGBTQ+ community that do not look like them. These are the same gay white men who fight for gay rights but only for other gay white men. These are the men who are fiercely vocal about equal rights, wave the rainbow flag in solidarity, march their proud gay selves on Pride, yet disregard their minority brethren who are also LGBTQ+. These are the men who appropriate culture in their every day speech. So much so that they’re like said Hell’s Kitchen gay above, who didn’t even realize “yasss kweeen” and “reading” someone came from black culture not white gay culture.

One only need to cursorily glance at the comments on Out Magazine’s Facebook page on a story on a movement of minority men wanting to add the brown and black stripes to the pride flag to see just how racist gay white men still are.

Gay white men, then, can be equated to problematic cisgender female white feminists like Lena Dunham, Amy Shumer and Sofia Coppola, women who fight for equal rights but only for others who look exactly like them.

You see, gay white men are still, well, white cisgender men. Meaning, they were socialized and brought up in a society where they reaped all of the privileges of this country.

That is certainly not to say that all gay white men are problematic. Not all gay white men are innately racist. There are plenty of gay white men who educate themselves on the daily about what it’s really like to be a person of color in this country and are continually studying about culture to stay woke. But for every woke gay white male, there are a dozen others oblivious to their complacent privilege and casual racism.

You see, gay white men are still, well, white cisgender men. Meaning, they were socialized and brought up in a society where they reaped all of the privileges of this country. In turn, this means they still have immense power in the gay community compared to people of color. Their sexuality does not negate the fact that they are still privileged because of their race and gender.

Yes, that still means white gay men are still favored in every aspect of our culture. Being gay doesn’t make them any less privileged. Their gay stories become the standard when it comes to mainstream America. Their gay white heroes like Matt Bomer, Ryan Murphy and Colton Haynes cover magazines, land major television gigs, are broadcast on screens nationwide, setting the barometer of attractiveness and superiority. That makes them the standard, where their gay stories from shows like Queer As Folk, to Will and Grace how American society expects gay men to act/be, and those who are outliers are deemed unattractive or disposable.

It’s no secret that this has trickled into the psyches of gay minority men across the country. One only need to look at research to find that 80% of black men and 79% of Asian men have experienced racism in the gay scene. One study found that sexual racism is still racism (shocker!) “Sexual racism is a specific form of racial prejudice enacted in the context of sex or romance,” the study finds. To find explicit sexual racism, anyone can open up Grindr, the gay dating/hookup app, to find many profiles that say “no blacks, no Asians” on their profiles.

Obviously, gay men who are POCs are not looking for white male approval or even the acceptance from while men. I, for one, don’t give two f***s if a white man thinks I’m attractive or not. But it’s the very principal of feeling like you don’t even exist, that you’re invisible, that makes truly does have a negative affect on the self esteems of minority men everywhere. And that’s really not okay.

If you are a gay white cisgender man and still haven’t found what that horrible truth that I’m speaking of is, I’ll spell it out to you: Privilege. You have that white privilege. White privilege so pure, so devastating and so powerful that I equate to being an avalanche, one up on those fancy Rocky Mountains like somewhere in Vail where white people choose to ski.

It’s like an avalanche, eventually comes down quickly, devastatingly, wiping out everything – and everyone in sight. After all is said and done, is when said white people, including Hell’s Kitchen Gays, ski back down, enamored at just how much snow has fallen, oblivious to the fact that beneath their fancy boots and poles, their beautiful skis and bindings, are people of color below that they’ve buried deep below. We, as People of Color, know we aren’t below any white person, we are equals. But to them, it’s just another day, and skiing down this mountain of privilege – this ignorant bliss – never felt so deserved.


This is what happened after six weeks of testing a pore-minimizing product line. 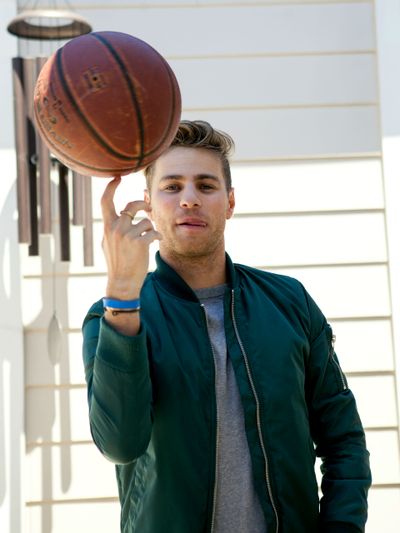