The last time I attempted to make a DIY face mask, my entire kitchen turned into what could have been a meth lab straight out of Walter White’s trailer.

It wasn’t pretty, to say the least. And the outcome wasn’t as simple or cost efficient as a $.99 sheet mask from Koreatown, especially for someone who is exceptionally lazy like me. So when I came across Kitchn Apothecary (that’s not a spelling error) I was a taaaad skeptical. The entire brand is about creating the perfect moisturizer from the comforts of your own, well, kitchen. How would this go down for someone like me, a guy who prefers their products hand-delivered, packaged beautifully in a air-tight glass container and ready to go whenever I need? For the full review, keep scrolling!

The idea of the clever business came when the brand’s founder, Kevin Lesser, began getting a bit paranoid after his beloved dog licked his face. He didn’t know what ingredients were inside his moisturizer and was afraid that chemicals would get into his dog’s system.

After researching what went into his favorite products, he found that indeed, many of the ingredients were from plastics, chemicals and synthetics, obviously far from healthy for anyone. Many of his favorite products were also filled with fillers, bad oils, and preservatives that gave a longer shelf-life. Scary.

The idea of creating his own product, in turn, became Kevin’s passion. If it wasn’t good for his dog’s digestive tract, why the hell would it be good for his own pores? Years upon years of mixing and matching different products led him to his final product. It’s one that he says lasts a lot longer than any other moisturizer thanks to the more concentrated formula. The resulting product is a mix between sweet almond, apricot kernel, avocado, jojoba, rosehip, and carrot seed oil, beeswax, aloe and oatmeal.

After discovering the best ingredients, Kevin wanted to create the same process for others. If people liked to see what was in their foods from cooking at home, they’d surely want to do that for their skin care once a month, right?

We tried Kevin’s Kitchn Apothecary. The entire process took less than 15-minutes (I literally created the below while watching an episode of WeTV’s Mama June: From Hot to Not) and it was pretty easy. If I can do it, well, um, so can you. I think. Here are the steps.

1 Take out the ingredients from package. This includes beeswax, aloe, essential oils, oatmeal, a beaker, cute little mini whisk and a container for your finished product.

2 The first step is to take an alcohol wipe and clean your beaker out so that there’s absolutely no bacteria or nefarious substances inside.

3 You then heat an inch of water in a pot and place your beaker (filled with beeswax and the essential oils) inside. Wait for 1-3 minutes and watch the beeswax melt. Then you add Aloe (below).

4 After mixing the ingredients much like you’d beat some eggs, add some oatmeal. It’s supposed to soothe dry, itchy skin.

6 Let it cool and then place in the container. Moisturize away!

After allowing the moisturizer to cool, the instructions said to whisk for another 10-seconds if you wanted that airy, light feel. I totally am a sucker for anything light, so definitely whisked away. The result was a moisturizer that smelled of strong lavender. I actually love the smell of lavender, but I did find that this one was a little, well, strong. While I was lathering this on my skin, my sister came by and winced.

“Who sprayed lavender all over the house?” she yelped.

Other than the strong smell, while testing the product out, I felt that maybe I had done something incorrectly. The end product wasn’t spreading smoothly as I expect my other moisturizers to. Instead, it lathered on with little chunks, almost as if baby food was poured onto my pores.

Kevin’s instructions say to use a pea-sized amount. I tried and it was indeed, super moisturizing. But perhaps, it was a little too moisturizing. Greasy, even. My sister and I both agreed that when applied, it felt sticky, almost as if you used soap on your hands instead of water. She immediately washed her hands of the product. I wanted to test more, so left it on.

I found that after applying it to my own skin, it was a little heavy and the more I tried to rub it in, the more the product started to slough away, like dirt being exfoliated from your sweaty hands. I will say that I do think that the product will last you longer, as a pea-sized amount truly does seem to go a long way.

An easy-peasy recipe that was enjoyable to make. But I’m not sure I’d want to do this monthly as I’m sure the fun factor will subside after the first batch. I can’t imagine that I’d want to do this after month six, for example, unless there was a new ingredient. Refinery29 cleverly described this product as being the “Blue Apron” of beauty. I couldn’t agree more. But the difference between Blue Apron and Kitchn Apothecary is that you get to experience brand new recipes and indulge right after. With Kitchn Apothecary, that’s not the case. For $45, it’s a good deal, but if you have oily skin, or don’t want to cook up your moisturizer, it’s definitely not for you.

-Fun to create, but probably only for the first time.

-A little too greasy, heavy and had us feeling that it had the consistency of soap.

-Strong lavender smell, smears on skin not smoothly, but with chunks.


Help! I woke up with a pimple on my butt. 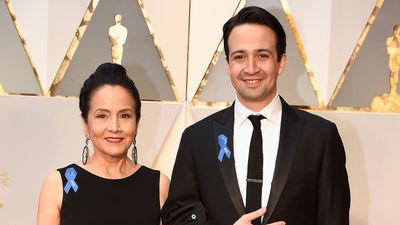