When your body is draped in scars from third-degree burns, the journey to self-acceptance is more difficult than most.

Burn survivors have usually experienced a traumatic event with fire, hot water, or oil. For myself, it was hot water during one otherwise lazy afternoon, at the young and fragile age of two years old. I was in the kitchen with my family and a boiling pot of water spilled all over the left side of my tiny body in a freak accident.

I don’t remember the moment itself, but I recall my first memory being formed directly after the chaos when my mother was comforting me. I could feel her love and fear pulsing through her body. I think this was my brain’s way of protecting me.

Sometimes our minds do wonderful things for us. According to research from Dr. Darlene McLaughlin, MD, psychiatrist and clinical assistant professor with the Texas A&M College of Medicine, when the brain registers an overwhelming trauma, it can essentially block that memory in a process called dissociation — or detachment from reality. My traumatic experience proved to me that the brain is more powerful than the body, and the two are constantly learning from one another.

I’ve lived my entire conscious life with 30 percent of my body covered in highly noticeable scars. I have been bullied, tokenized, and stared at because of this my scars, which has only resulted in thick skin both physically and mentally.

Having something unusual on your body for the world to witness is an almost abstract experience. It’s as if I have an ever-present voice in my head whispering to me that I can’t wear tank tops, face a certain way at restaurants or freely meander the poolside without an explanation of my sad story.

Luckily, another louder voice in my head tells me I am a symphony of scars, a symbol of hope, and hopefully an inspiration to anybody who feels flawed because of their differences. Talking to people about my scars has led others to open up about their own insecurities, and it’s through this exchange that I realized every human feels flawed.

You can be a “flawless” supermodel and still be haunted by insecurity. The brain and the body have a complicated relationship with one another, but in the end, your brain can overcome even the most brutal pain.

“My babysitter watched me and my two sisters after school until my parents got home,” says Naomi of her accident. “Later that day after lunch she was going to give me a bath. She says she sat me in the bathtub and I started crying and she jerked me out. She noticed my skin was white and just ‘rubbing’ off on the towel and so she felt the water and realized it was scolding hot and I had been burned. She quickly called 911 and then my parents.”

Naomi has managed to find hope through adversity and shares her wisdom with others. “I’m different,” she says warmly. “I’m beautiful. I fought hard to be here and I’m a third-degree burn survivor. I’m proud.”

Her advice to others is a stunning revelation in self-acceptance. “Love yourself. You are stunning! You are a beautiful soul, and you are not defined by your appearance – you are defined by your heart.”

“My accident happened on July 17th of 2019 when I was working in a bio plant,” says Gabe. “I work with a lime chemical. One day I was doing my job as usual but I ended up sinking into a lime pit, and because of the temperature it ignited, giving me third and fourth-degree bilateral burns on my legs and feet.”

“It has definitely made me understand what other people with burn scars go through, and in general what people go through when something traumatic happens. In the end, it has humbled me,” he says.

Gabe has garnered wisdom from this challenging experience. “My overall accident gives me confidence because it shows that I can survive through almost anything that life decides to throw at me.”

Santavous shared that he was raking his grandmother’s leaves one afternoon and a fire started that got out of control. His girlfriend luckily showed up during the incident and said the skin on his back and arm appeared to be “falling off” and the two rushed to the hospital. After being diagnosed with extensive third-degree burns, Santavous has learned to appreciate his scars.

“Your burns are beautiful and don’t let nobody tell you differently, says Santavous. “Sharing our trials and tribulations to better help people understand our burns.”

The resilience of the human condition will never cease to amaze me. These three fellow burn survivors have managed to find a contagious light through the darkness. Life isn’t easy, but it’s much more beautiful when we are able to appreciate who we are, in all of our scarred glory.

Although our scars are visible, many scars are worn on the inside. We never know what people are going through. People are wonderfully complex and likely have a story that could break your heart, so be kind to one another – especially yourself. 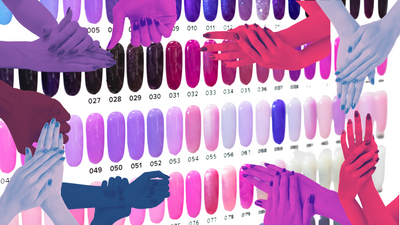 
Jules Miller, founder of The Nue Co., on how our health is connected to that of our community and the planet 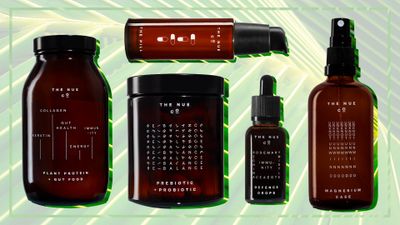