From panic attacks about herpes to kissing a boy and immediately thinking I have syphilis, I’ve experienced sporadic spells of anxiety related to even the most benign sexual encounters.

Looking at it now through the lens of time, it’s clear that these feelings stemmed from the culture I was raised in, which cemented sex as an immoral and taboo act with grisly consequences and few redeeming qualities.

I can trace the beginnings of my anxiety towards sexually transmitted diseases to two things: one being my lack of proper and beneficial sexual health education, and two, witnessing a loved one battle with HIV. My loved one is currently healthy and doing well, but seeing someone you love in and out of the hospital at such a young age will leave you weary, especially when it’s so easy to recall the devastating impact that the AIDS epidemic of the late ’80s and early ’90s had on the LGBTQ+ community.

My worry regarding sexual health started in health class during my sophomore year of high school in Arkansas. If you know anything about the ways in which the American South views sex, you probably already know where I’m going with this.

In walked Miss Abstinence-Based Sex-Ed, who pulled out a bucket of green slime to show us what gonorrhea was to look like if we were infected. The imagery was unsettling. Half of the education my health class provided me was not realistic and was ultimately harmful to my well-being due to the lack of proper awareness.

The entirety of the program was fear-based, and I guess I became prey to the assault. I was taught that you should feel disgusting if you contracted a sexually transmitted disease and that you were immoral. Supposedly, abstinence was the only way.

Fast forward to college and the emergence of my sex life. As I grew to come to terms with my sexuality and self, so did my anxieties. I found myself on WebMD self-diagnosing everything wrong with me as an STD and limiting my relationships and interactions. After I evaluated that I had spent close to $300 on at-home HIV testing kits, on top of regular trips to the clinic to get tested, I realized something was wrong. Unfortunately, this was just the beginning.

SEE ALSO: Contracting gonorrhea allowed me to overcome the shame in sex

A few days ago, congresswoman Alexandria Ocasio-Cortez created an Instagram live video where she spoke about the capital insurrection and how the events affected her as a survivor of sexual assault. In her video, she describes the ignorance of the phrase “move on,” and states that, “these folks like to tell us to move on, that it’s not a big deal, that we should forget what happened, even telling us that we should apologize.”

She goes on, saying that “these are the same tactics of abusers.” She continues to state that she is a survivor of sexual assault and alludes to the impacts and burdens as trauma doesn’t just leave, “trauma compounds on each other.”

As a viewer, this left me speechless and disheartened, but also, weirdly assured. In a sense, I felt that I was able to breathe. I was finally allowed to speak about my experience and that I shouldn’t have to feel like I need to just “move on.” The fact that I am not vocal about my sexual assault experience does not invalidate it. For the longest time, I would compare my experience to that of others and tell myself to get over it because “it wasn’t that bad” but there is no such thing as a good version of assault. In reality, it’s all bad, and I, and other survivors, are allowed to recognize that.

By this time, I had been dealing with my crippling sexual health anxiety for over a year. It elevated to a whole new level once I finally came to the realization of what happened to me. It took months after a therapist told me that she was “so sorry for what happened to me,” for me to finally say that I was a victim of assault.

In all honesty, it still feels strange, but I had to stop making excuses for myself. However, when congresswoman Ocasio-Cortez described the state of trauma compounding itself like a highschool math equation, she was right. I let it consume me, and I let it dictate my life.

From having night terrors about the event to crippling and debilitating anxiety attacks about being diagnosed with every STD on Earth, I could feel that I was losing a sense of self. Though I tried my best to keep it all hidden, I let these intrusive thoughts take so much from me. I would silently leave all of these thoughts brewing in my head until I’d find a victim to spew my anger on.

The craziest part of it all was that nothing seemed to help. I stopped seeking new relationships but I would still get tested regularly, even though I didn’t need to if only to ease my mind for a few days. For months, especially during quarantine, I was in a vicious cycle of mental gymnastics where I never knew how I would feel when I would wake up.

It wasn’t until recently that I told myself that I needed to make a change. I needed to get out of the cycle that I was in and create a new mentality. At the time, I couldn’t go to a therapist, so I knew I would have to do it independently, and ultimately this was probably for the best. I got to a point where I was so low that all I could do was confront every emotion I felt.

I tried to relive the events that led me to where I was, and eventually, I learned to accept what I was feeling, and at some point, it turned into gratitude. I still have moments where I struggle and let my anxieties get the best of me, but I’m learning to treat every aspect of life as a learning experience. There is solace and understanding during times of weakness and pain, but it is the choices we make that make us strong.

Overall, I had to create a mindset of gratitude and kindness. One where I treated every struggle as an opportunity to learn and grow and treat myself kindly. It’s tough to look at life-altering events with gratefulness, but it has truly changed my life.

Through this, I have found my light and feel that I am regaining that sense of self that I thought I had lost. I see it in my friends and our love for one another, I see it in my family, and I feel it when I’m able to overcome moments of self-doubt. Though it hasn’t been easy, I’m learning to not let my anxieties rule my life any longer and to accept the fact that the human experience inherently means to struggle. Every day we get to dictate what influences our lives, and I’m finally choosing gratitude.

Since this all began, I have taken time to understand the normalcy surrounding sexual health issues in order to fight the stigmas I am dealing with every day. Though I don’t think my STD induced anxiety will be going away anytime soon, I feel that I’m at a point where it is manageable, and I’m slowly overcoming the reality of my assault.

In any case, I’m proud of myself for how far I have come, but I know that I will carry these burdens for the rest of my life. However, to some extent, it is with gratitude that I hold on to these burdens because they have shaped me into who I am—and in all honesty, I am pleased with who that person is becoming. 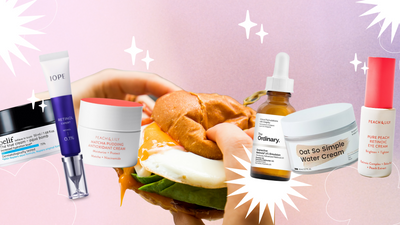 
Skincare sandwiching is the next delicious TikTok trend


Everything you need to know before getting your first hand tattoo 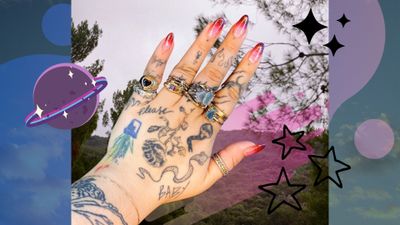