The first presidential debate was a hot mess. Here’s where it all went downhill.

To all of our Martian followers who may not know, last night was the first 2020 Presidential Debate in which President Donald Trump and Vice President Joe Biden all but started a fight club on stage.

In case you threw your TV in the garbage midway through or are a true functioning human with other plans besides watching two grown men yell at each other for 90 minutes, we took notes on some of the biggest take-aways, digs, and moments that made us reach past our bottles of win for something stronger.

SEE ALSO: 5 ways for Gen Z to take action this election, even if you’re not eligible to vote

Here’s what you missed:

– Unsurprisingly, Donald Trump looked orange AF. So glad that the coronavirus hasn’t stopped him from making his tanning bed sessions.
– Trump: “You don’t know what’s on the ballot.” Honey, you might not, but we all do. 👀👀👀
– It’s not the biggest deal, but Trump poked his tongue out like a pervy lizard wetting his lips. As if I didn’t have enough reasons why we need to vote him out.
– Now, I’m no expert, but I’m confident I know enough about politics to know Joe Biden could not both “lose the left” and be a socialist. (Alternately: I’m putting down on my resume under “Skills” that I understand politics better than the President of the United States.)
– Trump: “They shouldn’t call it Obamacare.” It’s funny that he says that because it’s not called Obamacare. It’s called the Affordable Care Act.
– Getting “Will you shut up, man?” tattooed as a tramp stamp ASAP.
– Trump: “They give you good news and they give me bad press- that’s just the way it is.” Pack it up, QAnon.
– Trump is bragging about the size of his rallies in the middle of a global pandemic…. It’s almost like he’s compensating for something.
– Congrats if you had “China plague” on Racism Bingo!
– Trump: “I’m the one that brought back football.” Dude, we just wanted to see our grandparents and not die.
– Trump: “I don’t want to pay tax.” Can you please be a little more literate the next time you admit to breaking the law on live television, Mr. President? Jeez, it’s almost like your father paid your way into Wharton.
– Biden: “You are the worst president America has ever had.” No Joe, tell him how you really feel.
– I truly love the energy of Trump saying “excuse me” as if he hasn’t been interrupting Biden this entire time.
– Trump’s reverting back to his 2016 “I’m the only one who can save you” mentality. As if he hasn’t brought us to the 5th ring of hell.
– Do trump’s hands look exceptionally small to anyone tonight?
– Joe turning and pointing to the camera when he talks makes me feel ~loved~
– Trump: talks over Joe. Chris Wallace: please stop ❤️
– Wallace: “Are you willing to call out white supremacists and militia groups and ask them to stand down?” Trump: no ❤️
– Biden: “He has a response to dealing with hurricanes. He said to just drop a nuclear bomb on it.”
Trump: “I never said that.”
Axios:

– I don’t know who needs to hear this but @realdonaldtrump, you were never elected by the American public.
– Let me get this straight: so one of the candidates cares about protecting voting rights and the other knows he can only win with fraud.
– Trump just asked his supporters to commit a felony at a presidential debate…. But go on tell us about how you rightfully won the election in 2016, Mr. President.

– “Will you just shut up, man?”
– “You are the worst president America has ever had.”
– “Show up and vote.”
– “I’m in favor of law and order with justice where people get treated fairly.”
– “Vote whatever way is the best way for you.” 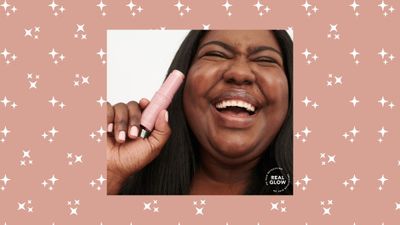 
5 ways for Gen Z to take action this election, even if you’re not eligible to vote 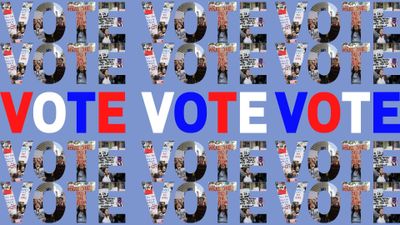